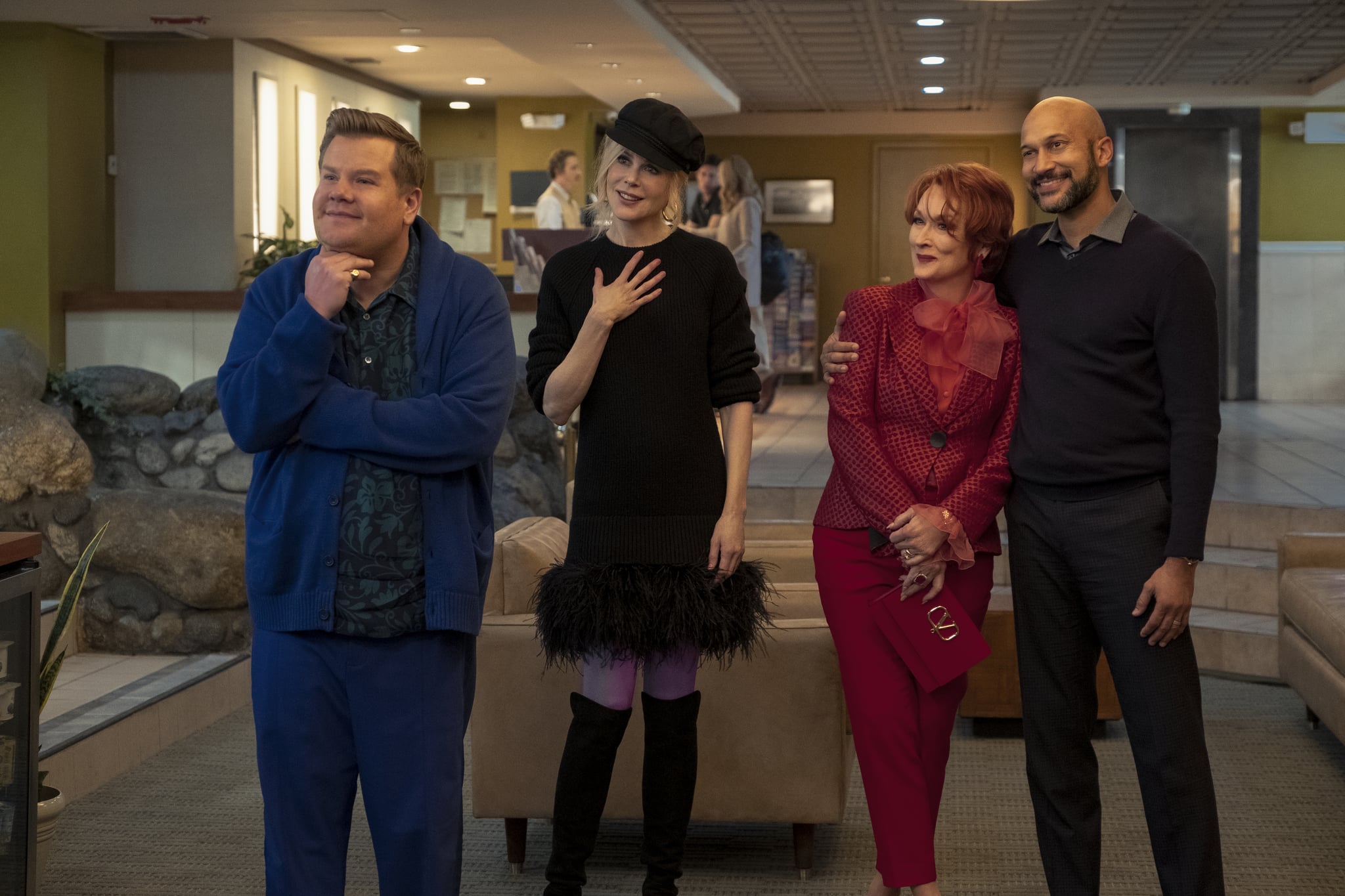 I'll readily admit I am not always a fun person to watch movies with, at least when I'm in the sanctity of my own home. I'll talk, insert random bits of trivia, ask questions, and pick apart things in films for not being realistic, mainly because I have a lot of time on my hands. So while watching Netflix's The Prom with my mom, who is a high-school principal, I thought who better to actually ask about the logistics of the movie and whether or not certain scenarios could have actually happened? This isn't to say she speaks for all high schools everywhere, but she has worked at the high-school level for 13 years in both a teaching and principal position.

"Most high schools do not have active PTAs, and if they did, they certainly wouldn't be able to behave in the manner this one did."

Her biggest issue with The Prom, which follows the story of a girl not being allowed to bring her girlfriend to prom, is how much influence the PTA seems to have over the high school. "Most high schools do not have active PTAs, and if they did, they certainly wouldn't be able to behave in the manner this one did," she told POPSUGAR. She also added that PTAs are usually more active in elementary and middle school and that even wealthy high schools don't typically have PTAs. "In addition, it really just showed one woman 'acting' as the PTA. There is always one person who jumps off the chain, but someone would have reeled her in."

As the child of both a high-school principal and school-board president, I brought up the idea that perhaps The Prom's PTA was acting more like a school board. She shut that down immediately. "Not even a school board could cancel prom without some repercussions," she said. "Sure, they could do it based on safety reasons, but not just based on who is bringing whom." She did have a caveat as to whether or not a hypothetical PTA could actually have the power to cancel a prom, and it all hinged on who is actually putting on the prom. "If the prom is sponsored by the PTA, then by all means they can cancel it," she explained. "However, most schools' proms are done by junior and senior classes, so it's considered a school-sponsored event." 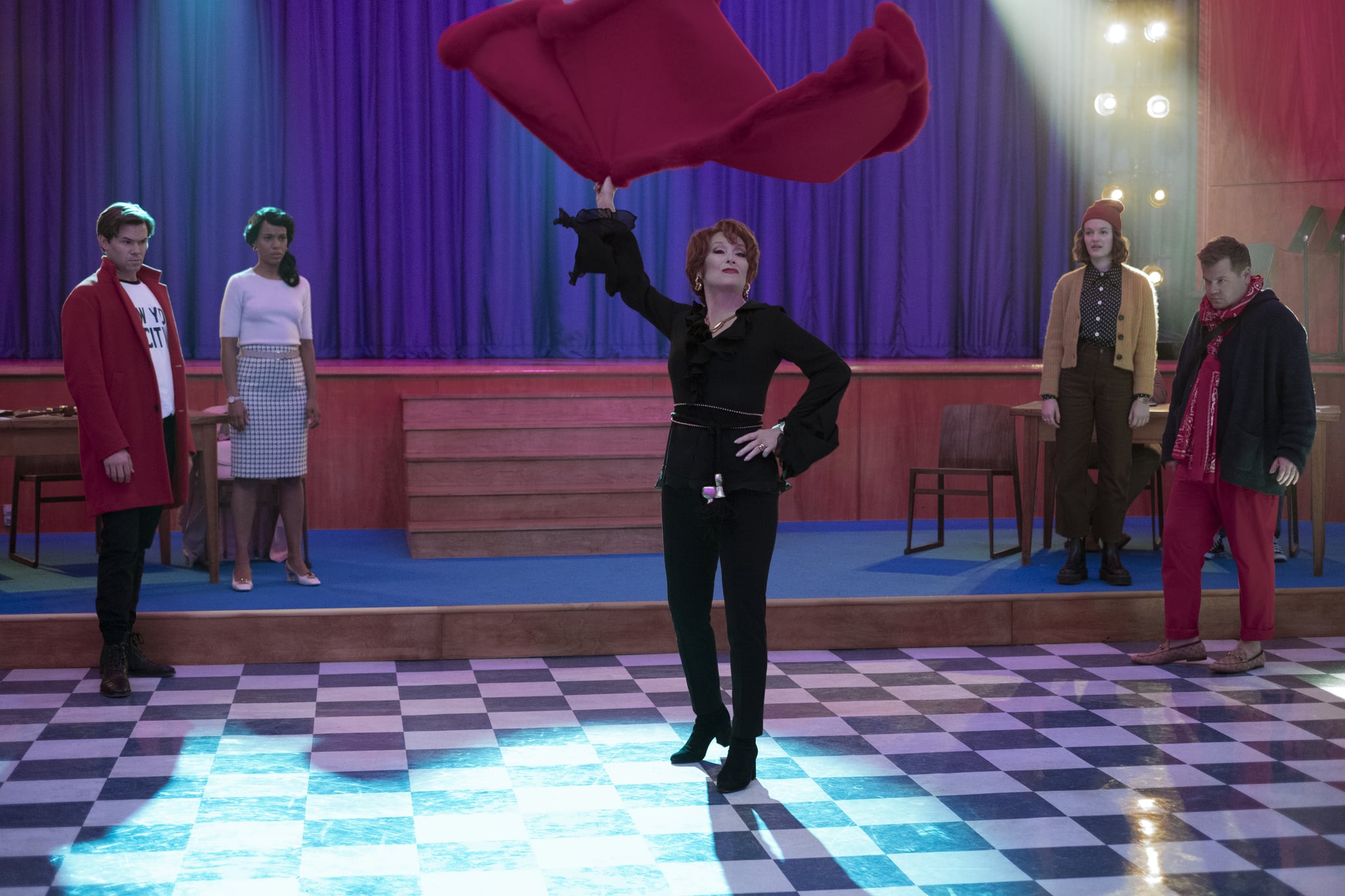 While watching Emma find out that there was a "special" prom put on only for her, my mom actually got somewhat angry. "That is just downright mean and cruel," she added. "I can't imagine a town full of unkind kids and adults that they would allow this to happen without a word being said." And as a former teenager myself, I can't believe not a single person let it slip that there was a second "secret" prom. That gossip is just too good, and surely other "outcast" kids would've banded together to let Emma know about it or at least show up to Emma's prom.

"I can't imagine a town full of unkind kids and adults that they would allow this to happen without a word being said."

When discussing The Prom and our feelings about whether or not the movie was actually feasible, my mom wanted to reiterate to everyone just how important a prom is to high-school students. "Kids LOVE prom, even at my smaller school," she said with a grin while showing me pictures of her former students in their prom getups. "Fancy cars are rented, hair and nails are done, expensive shoes and dresses are bought — it is definitely a night to see and be seen!" We both agreed that The Prom absolutely nailed the vibe of a school leading up to prom season.

While The Prom is primarily about, well, the prom, there were still a few outstanding issues tied to the four Broadway actors who come to save the day. "Although we certainly wouldn't turn away any help, there definitely would need to be some parameters. But they did great with the actual planning of the dance," she said of how often the group dropped in. When Trent is offered the drama job on the spot, my mom just about died laughing because it's apparently the most unrealistic thing in the movie. "Although with certain certification changes for career and technical education (CTE) courses, you can hire someone without a degree in certain areas, theatre arts is not one of those areas," she revealed. "In addition, before a job can be offered, a background check has to be completed along with fingerprinting. Plus, Trent would need to be enrolled in an alternative certification program."

While Trent does have a degree from Juilliard, he is still missing certification to teach. If he was enrolled in a program, he could then be offered the job. Unless they just wanted to start a drama club and he was hired as a sponsor. So long as he wasn't teaching classes and it was all after school, then the certifications aren't mandatory.

The Prom might not be the most realistic thing on the planet, but it doesn't have to be. It's a fun and enjoyable musical, and unless you were raised knowing the ins and outs of schools like me or in the teaching field yourself, none of the above should bother you. Decide for yourself by watching The Prom, which is currently streaming on Netflix.