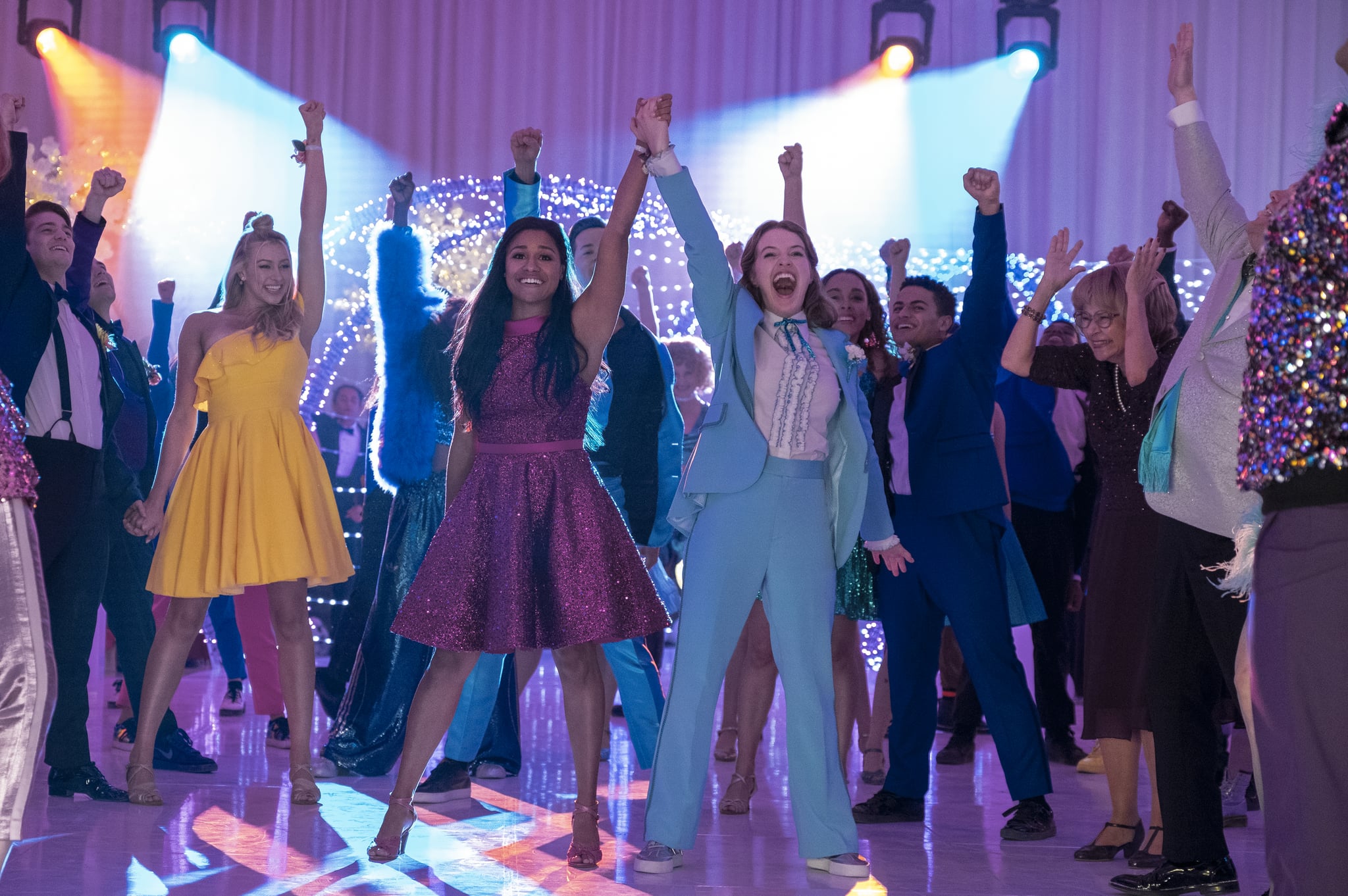 Netflix's The Prom is sure to be a showstopping film. Ryan Murphy's adaptation of the Tony-nominated Broadway musical — which centres around a young teenage girl who is told she can't bring her girlfriend to prom — is set to premiere in December, but we've already gotten a few exciting glimpses of what's in store. While the trailer is as flashy as a promposal, it's the music that really has us pumped. On Oct. 30, Sony Music Masterworks shared the first single from the film, "Tonight Belongs to You," which is performed by Jo Ellen Pellman, James Corden, Kerry Washington, and the rest of the all-star cast. The full soundtrack is set to be released later this year. Before the film's release on Dec. 11, listen to the first song ahead.