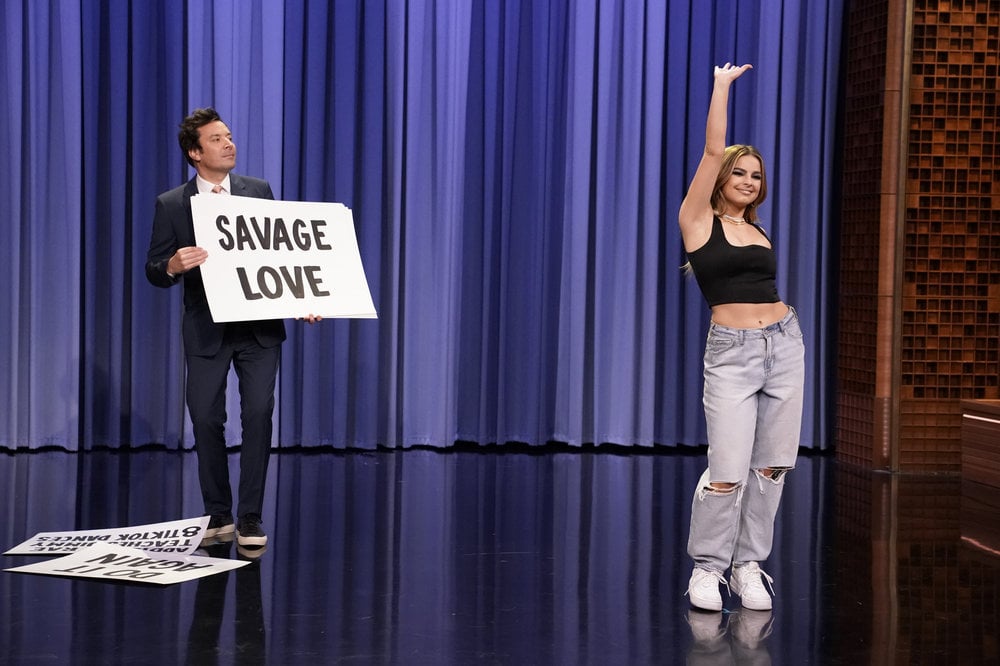 If you want to see a TikTok dance skit, why not ask the original artists to participate? That's a question The Tonight Show Starring Jimmy Fallon and Addison Rae face after 26th March episode. The well-known creator walked Fallon through a few of the app's most popular choreography in a sketch, similar to a video released with Charli D'Amelio last year. Quickly after airing, the clip faced criticism as viewers wondered why the creatives who actually created the dances didn't get screen time — or at the very least, proper credit.

This controversy is not new for Rae, who faced similar pushback after she and D'Amelio became the face of a "Renegade" dance routine, which was originally created by Jalaiah Harmon. Intentional or not, Rae and D'Amelio's names were synonymous with choreography they had no hand in. They went as far as to perform the dance at a 2020 NBA All Star game without Harmon. Harmon eventually got her dues, but only after publicly reclaiming the viral dance. Rae and D'Amelo need only whisper and their combined 100+ million followers would come running, so why did Harmon practically need a megaphone to get her credit? Her experience is a disappointing reflection of how art is co-opted on social media, especially from Black creatives.

You can't separate Rae's success from the work of Black TikTokers. Some of her most viewed videos are built on their choreography, like the "Savage" routine originated by Keara Wilson. As Twitter user @blackamazon wrote, "This is why I bang on EVERYBODY about the economics and race of social media. 'Tik tok dances' the names of the artists not there. The actual choreographers not there. She's on national television but where are the Black kids who actually made these." Another user, @868nathan, wrote, "The fact that Addison Rae is championed for 'Tik Tok Dances' whilst the black creatives that made them never get the same platform will never sit right with me."

Rae's popularity and the Tonight Show's decision to highlight her in this way points to a deeper issue in our creator culture. Why aren't Harmon and Wilson reaching the millions of viewers that Rae is? Talk show hosts like Fallon are certainly to blame for perpetuating the issue, only featuring young white women in these skits. TikTok's highly-secretive algorithm is also in question, as users contemplate what videos they're being fed. It's also worth looking inward and confronting any biased viewing habits. Can Black creators ever win a game that's rigged against them, especially when influencers like Rae are given alternative advantages to get ahead?

I'm not saying Rae doesn't deserve her audience (although, I would like to see her speak up politically with such a viewership), but it's time to acknowledge what her platform is built on — and who loses out when she rises. Rae clearly has dreams beyond dancing on TikTok as her Tonight Show guest spot was centred around the promotion of her new song, and I wish her all the best in pursuing them. But don't forget, the creators she eclipses have dreams, too. Harmon wants to be a professional choreographer, and Wilson wants to go into acting. Two-and-a-half minutes on the Tonight Show could've brought them one step closer.

Note: The Tonight Show's video description on YouTube does include the original dance creators' handles — truly, doing the least. For reference, here are the dances Rae and Fallon "borrowed" from for the skit: 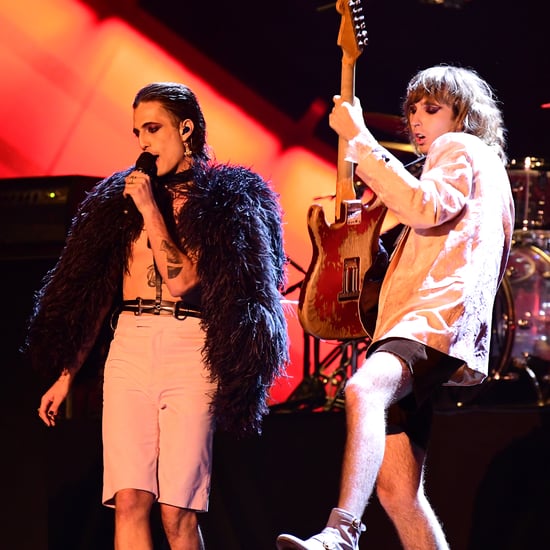 The Tonight Show Starring Jimmy Fallon
Måneskin Just Made Their American TV Debut, and They Obviously Nailed It
by Navi Ahluwalia 27/10

Chloe Bailey
Chlöe Held Nothing — Nothing! — Back in Her Late-Night Debut of "Have Mercy"
by Kelsey Garcia 13/10

Netflix
Watch the Squid Game Cast Discuss the Hit Show, Including the Innocent Origin of That Robot Doll
by Kelsey Garcia 07/10