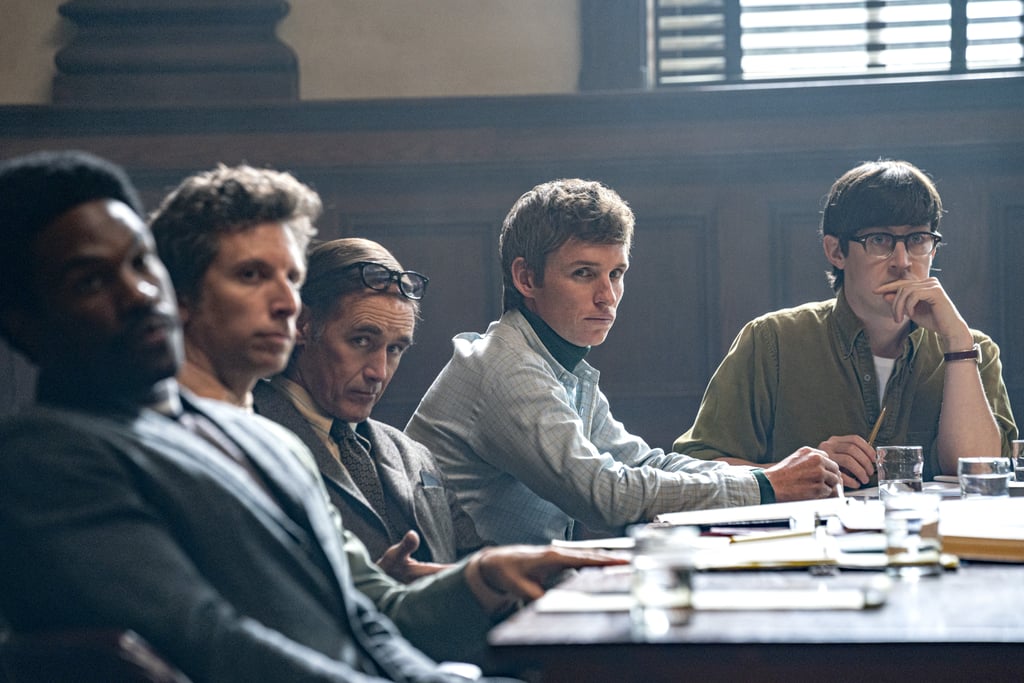 The Trial of the Chicago 7: See How the Movie's Cast Compares to the Real People

Netflix's upcoming movie The Trial of the Chicago 7 depicts a famous 1968 legal case against a group of protestors, and the cast alone has us impressed. Writer and director Aaron Sorkin (who you probably know from writing The Social Network and The West Wing) has put together a cast that includes Oscar and Emmy winners alongside lesser-known actors to portray the anti-war activists who were arrested and charged with intending to cross state lines and incite riots at the 1968 Democratic National Convention in Chicago. Ahead of the movie's Sept. 25 theatrical release (Netflix subscribers can start streaming it on Oct. 16), take a look at the movie's main cast, then compare them with the real people they're playing and find out what the real Chicago 7 has been doing in the decades since.

Previous Next Start Slideshow
NetflixThe Trial Of The Chicago 7Movies