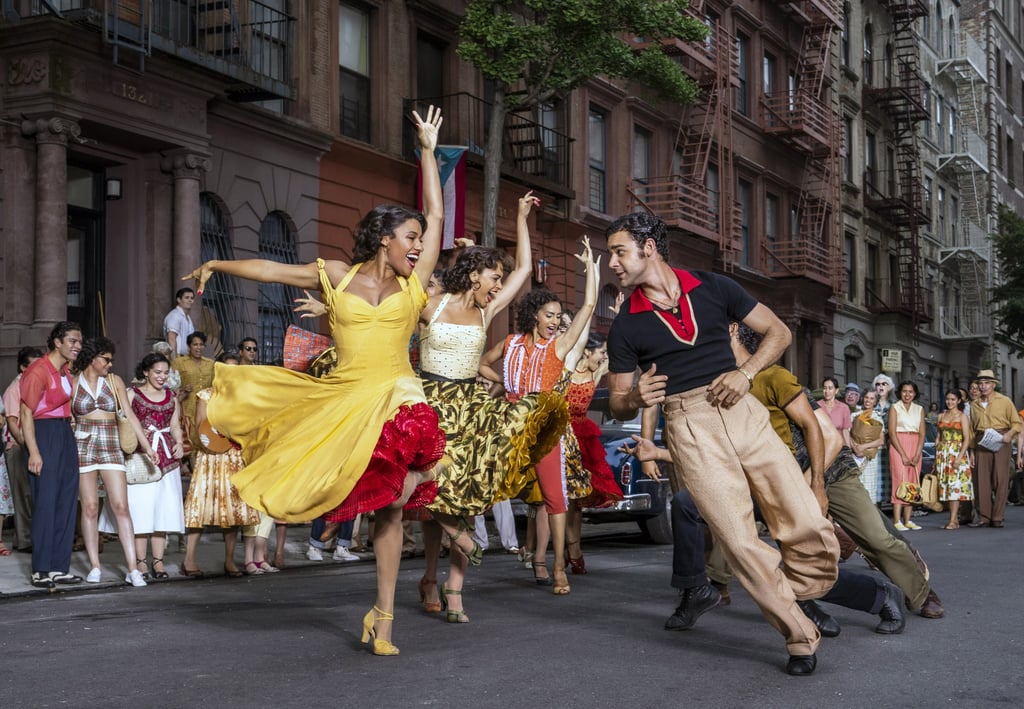 In old-school movie musicals, the convention was to dub over movie actors lip-syncing with more capable singers during the musical moments. Even iconic movie musicals like the original West Side Story went in this direction, with most lead actors partially or totally dubbed. This has us wondering about the 2021 West Side Story remake: Are these new actors actually singing, or are they dubbed like their predecessors?

A quick glance at the movie's soundtrack reveals that the main actors are all, in fact, doing their own singing. In a way, it's not too surprising: Almost every member of the main cast has a history in live musical theatre, and there are two Tony Award winners and two Tony nominees among them. Keep reading for a quick breakdown of which cast members you can expect to hear singing the musical's classic songs — and where you might have heard them singing before!