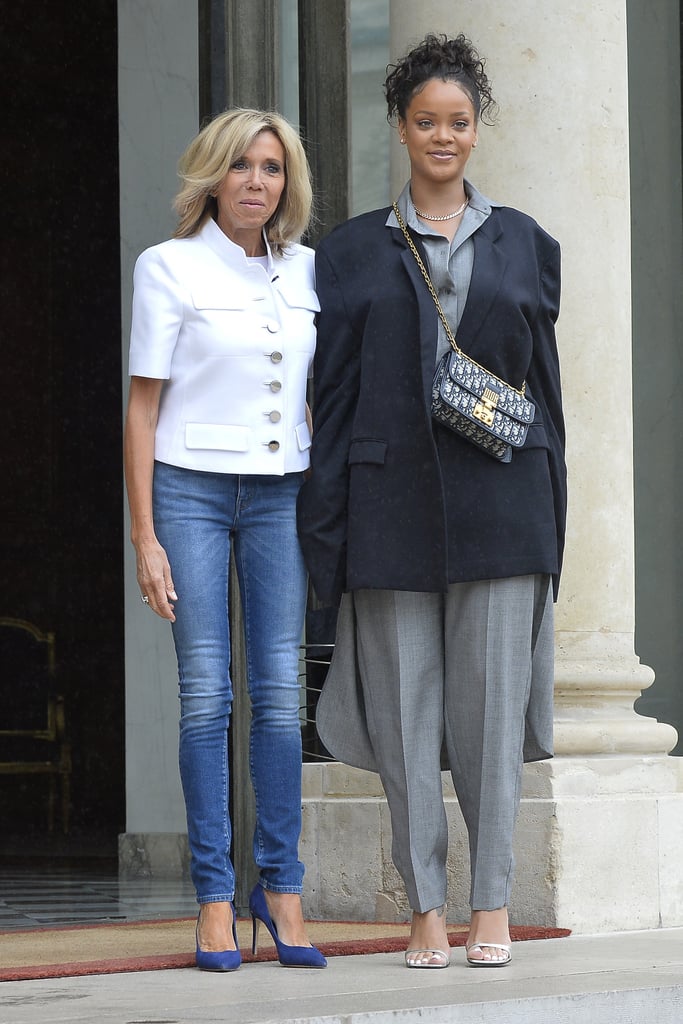 Brigitte Macron shot to fame when her husband, Emmanuel Macron, became France's president. At the time, their relationship sparked a fervor of attention (she's 24 years older than him), but since then, focus has shifted. We became particularly interested in her style. As the first lady of France, Brigitte, an ex-school teacher, has crafted an impeccable signature look of skirt suits and structured blazers.

She's racked up designer creds by wearing labels like Alexandre Vauthier, Balmain, and especially Louis Vuitton, which has become her go-to label for public appearances and official events. She famously wore a cropped Louis Vuitton coat with jeans to greet Rihanna in Paris, and the outfit spoke to her sophisticated-cool vibe. Brigitte's personal style can best be described as polished but not fussy, a way of dress Parisian women have become known for. Read on to see more of Brigitte's outfits, because this won't be the last you see of her.

Related:
The 10 Most Stylish First Ladies to Walk Through the White House
Previous Next Start Slideshow
Celebrity StyleBrigitte MacronFirst LadyStyle Profile
Around The Web