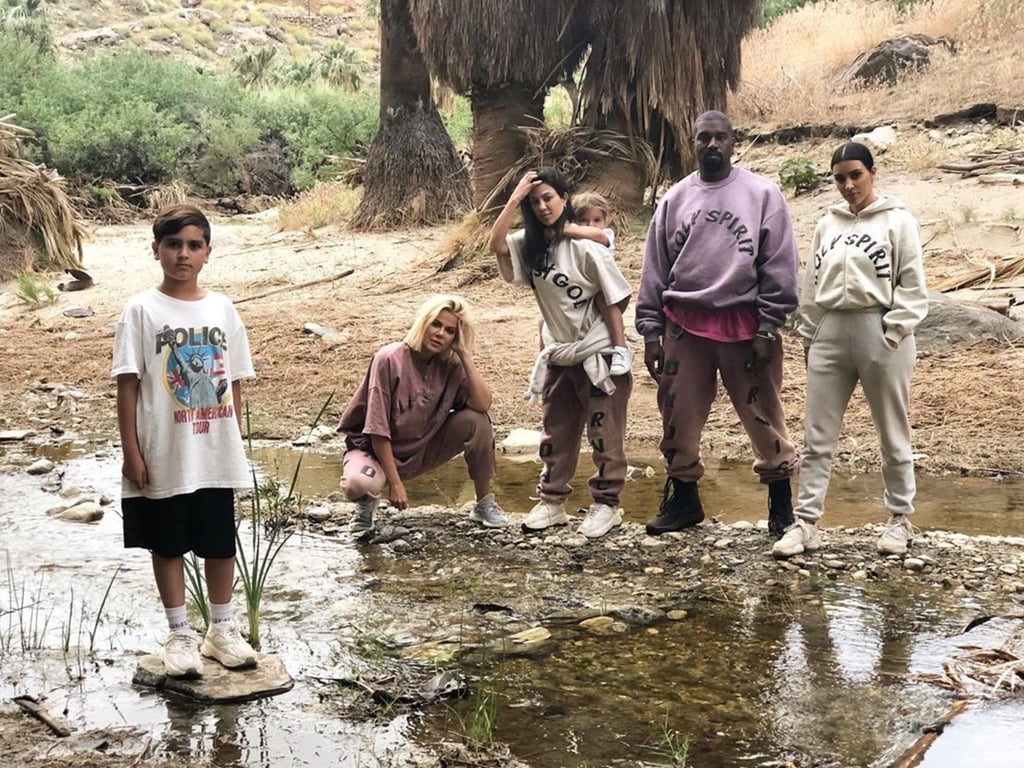 Will Sunday Service Be the New Yeezy? Kanye West Is Launching a New Fashion Line

First there was Yeezy, now there's Sunday Service. Kanye West filed a trademark for his weekly music concert Sunday Service on July 19, which means that it's only a matter of time before West turns his biblical-inspired event merch into an expansive fashion line.

According to WWD, the trademark was filed for "bottoms, dresses, footwear, headwear, jackets, loungewear, scarves, shirts, socks, and tops," at the US Patent and Trademark Office. Already, we're able to purchase a small edit of pieces from the line at Kanye Supply, including white sweatshirts and t-shirts with "Trust God" and "Holy Spirit" written in black lettering. Merch from previous tours like Life of Pablo are also available, plus new pieces from Kids See Ghosts, Ye, and Yeezy.

Video clips of Wests's Sunday Services have been making the rounds on social media since Jan. 6, which have piqued the interest of fans and conspiracy theorists alike. The service was described by Kim Kardashian-West on her Twitter account as an invitation-only event held every Sunday afternoon in the hills of Calabasas, CA. Celebrity attendees include Courtney Love, Orlando Bloom, Katy Perry, Tyler the Creator, and Gwen Stefani, to name a few. After much speculation around the quasi-religious concerts, West decided to bring his Sunday Service to the Coachella Valley Music Festival for Easter Sunday in April.

Keep reading if you fancy some merch from West's Easter Sunday concert at Coachella until the full Sunday Service collection launches online.