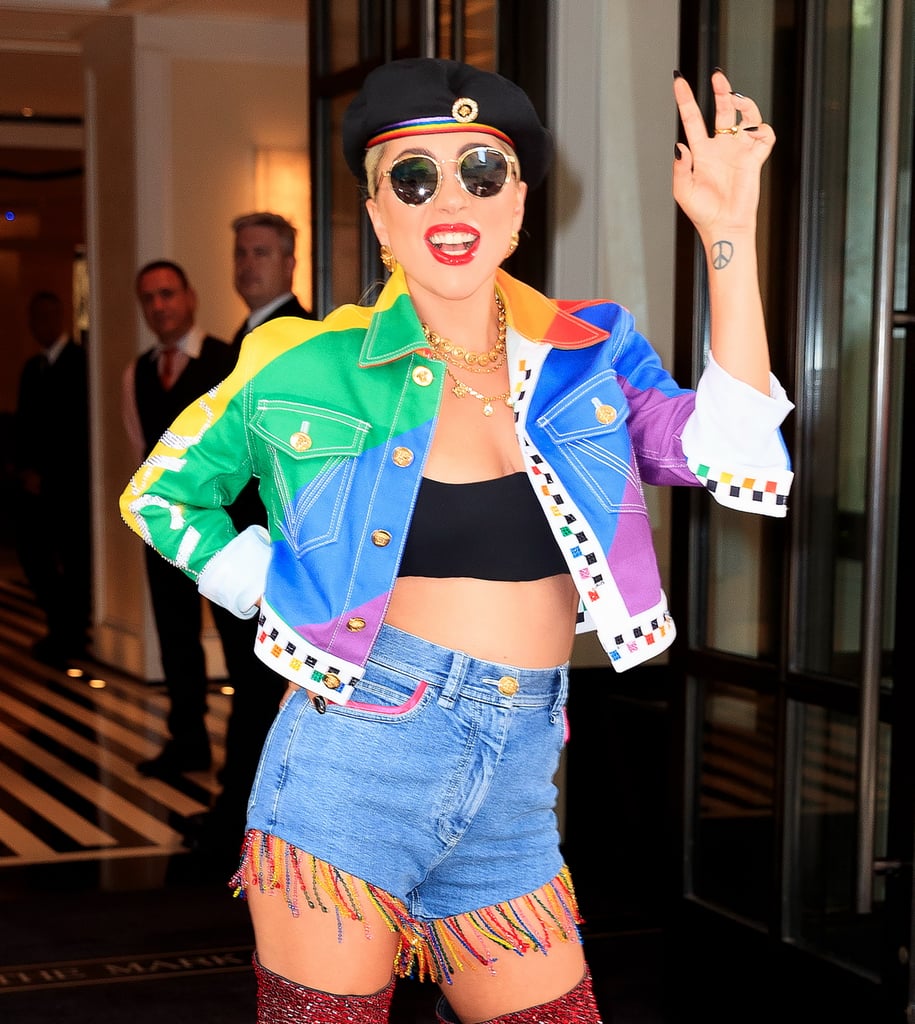 Whether these models, designers, celebrities, well-known influencers, or regular street style heroes were celebrating Pride in New York City or across the country in San Francisco, we saw so many people expressing themselves on June 30. Tie-dye t-shirts took over the streets, and the most powerful slogans were splashed across the front. It was my first time attending the Pride festival in NYC, and I was blown away by some of the outfits people came up with. They were outrageous! Colorful! And all the while, everyone looked so cool, comfortable, and confident. While I needed all my fingers and toes to count the people who showed up in the rainbow H&M biker short set I chose for the event, there were also over-the-top ensembles with intricate floral appliqué and thousands of beads (so many of which were impressively handmade!).

Let's make one thing clear: these weren't all costumes, they were just the clothes people wore to feel fabulous and support the LGBTQIA+ community on the 50th anniversary of the Stonewall uprising, so people put a lot of thought into them, and their looks held a lot of meaning. While Billy Porter rocked a custom Christian Siriano tulle gown, we can't all be so lucky. Although, who knows, Lady Gaga's fringed shorts and some of the bright pop art shirts you'll see here may be just as exciting to you. I rounded up all the looks that I personally loved, and there are Instagrams, candid snaps, and paparazzi shots in the mix. Scroll down to get all the details, including designer info, about the pride outfits that I know will stick with me and likely with you now too.

Celebrity Style
Perhaps You Noticed Dua Lipa's Pearl Orb Choker Necklace? Everyone on TikTok Did Too
by Sarah Wasilak 19 hours ago