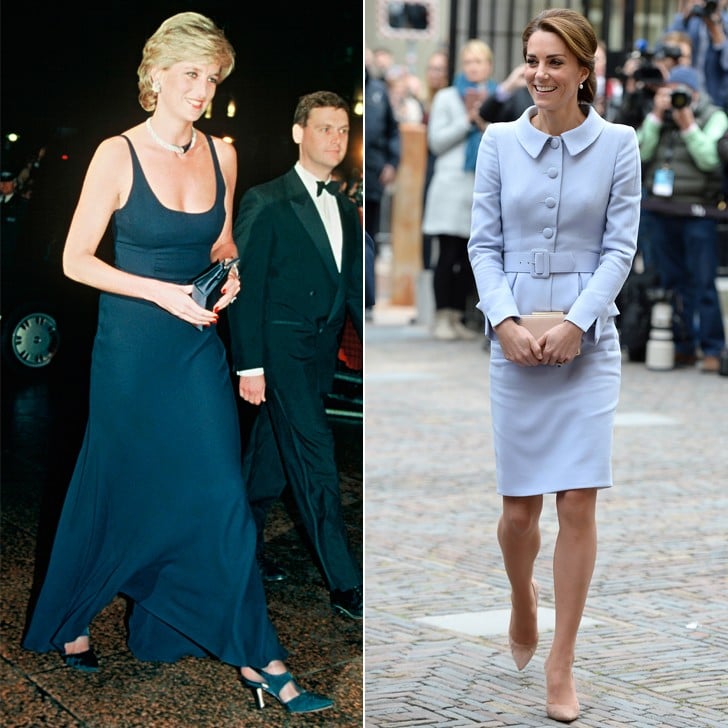 Princess Diana Loved This Brand So Much, Even the Duchess of Cambridge Has Become a Fan

It's been over two decades since the untimely death of Princess Diana, but her fashion choices are still as relevant today as they were then — just ask the Duchess of Cambridge. Over the years, Kate has more than once been compared to her mother-in-law, most notably because of their eerily similar style.

While Kate is known for her love of specific designers such as Alexander McQueen, Jenny Packham, and L.K. Bennett, the mother of three also regularly turns to Catherine Walker, a fashion house which Diana had a particularly close relationship with. In fact, some of the late Princess of Wales's most iconic outfits were created by the brand, a few of which still take our breath away.

These days, Kate can often be spotted wearing Catherine Walker dress-coats, which of course never goes unnoticed. Will Meghan Markle also start wearing the brand as a way to honour her husband's late mother? Only time will tell. In the meantime, read on to get a closer look at the times both Kate and Diana put their trust in the brand.

British Celebrities
James Corden Gave Prince Harry a Tour of LA, and There's a Lot to Unpack — Let's Get Started
by Tori Crowther 4 hours ago