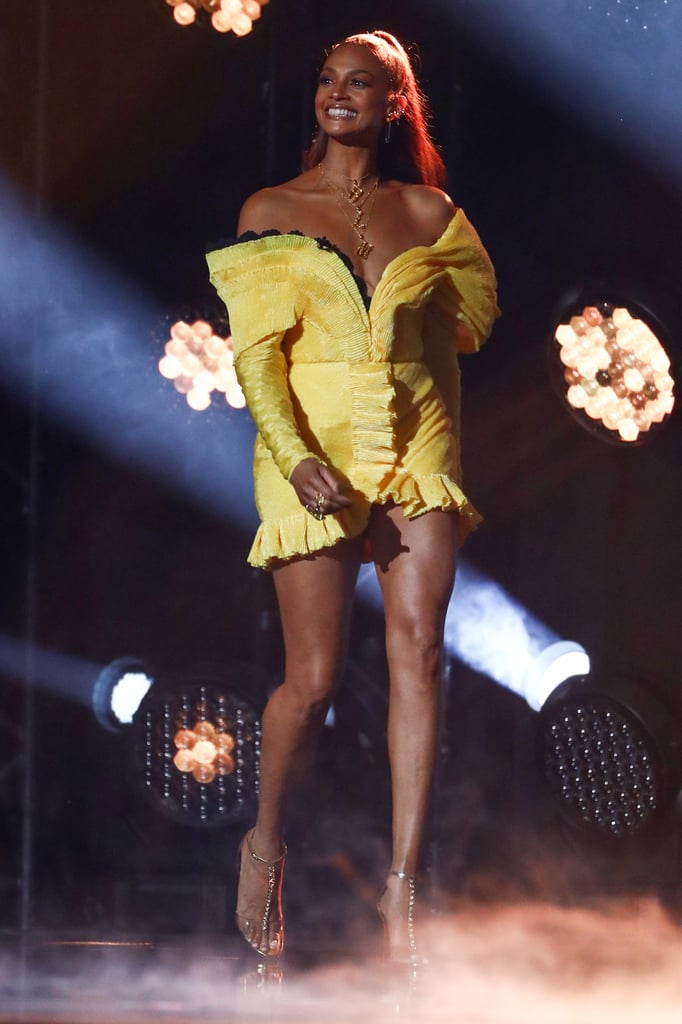 Banjo and ITV received a record level of complaints to Ofcom after Diversity's impactful performance recently aired on BGT. The performance reflected the state of the world in 2020 and opened up some difficult but essential conversations about progress and unity. As Banjo explained in an Instagram video, Diversity's performance for BGT addressed "everything from lockdown, to COVID, to the incredible NHS, to the spotlight that's been shown on racism, everything that happened with George Floyd in America, the protests, to the riots, ultimately culminating in the idea of unity, hope, finding a cure, people looking back, hindsight 2020." Despite the performance showing incredible positivity, some people thought otherwise, which lead ITV, BGT, fans, and allies of Diversity to defend the performance — Dixon being one of them.

Dixon's BLM necklace featured three, delicate gold chains with a single "B", "L", and "M" chunky gold pendant on each. The luxe gold necklace complemented her golden yellow Raisa Vanessa minidress and gold Christian Louboutin heels, styled by Laury Smith. Although Dixon's earrings are designed by London jeweller Veiled Rebel, it's unclear if her BLM necklace is by the same designer. Despite Dixon's beautiful and positive style statement, she still had to take to Twitter to defend her choice in accessory and allyship. "For the record I never threatened to quit BGT, I've had no conversations with ITV regarding this matter and Katie Hind made up this story, I do however stand by and support @AshleyBanjo and Diversity. #IamNotYourMediaPuppet"