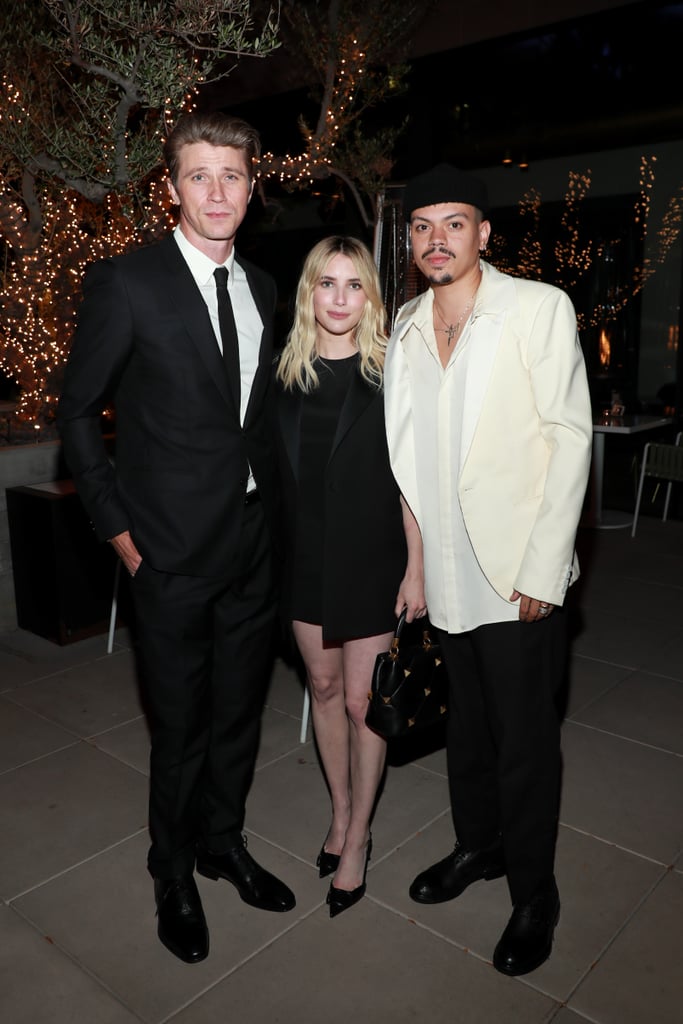 Emma Roberts might not have walked the Oscars red carpet, but she still dressed up for the award show in this black dress. The actress, who recently welcomed her son, Rhodes, with Garrett Hedlund, was seen at the Oscars party for Andra Day and the cast of The United States vs. Billie Holiday in Los Angeles last night. This marked one of the few rare occasions the couple have been seen together at a public event.

While some stars like Zendaya opted for bright colours and midriff cutouts, Emma kept it chic and classic in a black minidress. She styled the LBD with a matching tuxedo jacket on top and accessorised with black heels that had bows on the front and a black purse that had gold studs on it. Hedlund, who plays Harry Anslinger in the movie, coordinated with Emma in a dapper black suit with a white button-down and a skinny black tie. They were photographed together at the event with Hedlund's costar Evan Ross, who wore a cream jacket, a white button-down, and black pants. Read on to get a closer look.