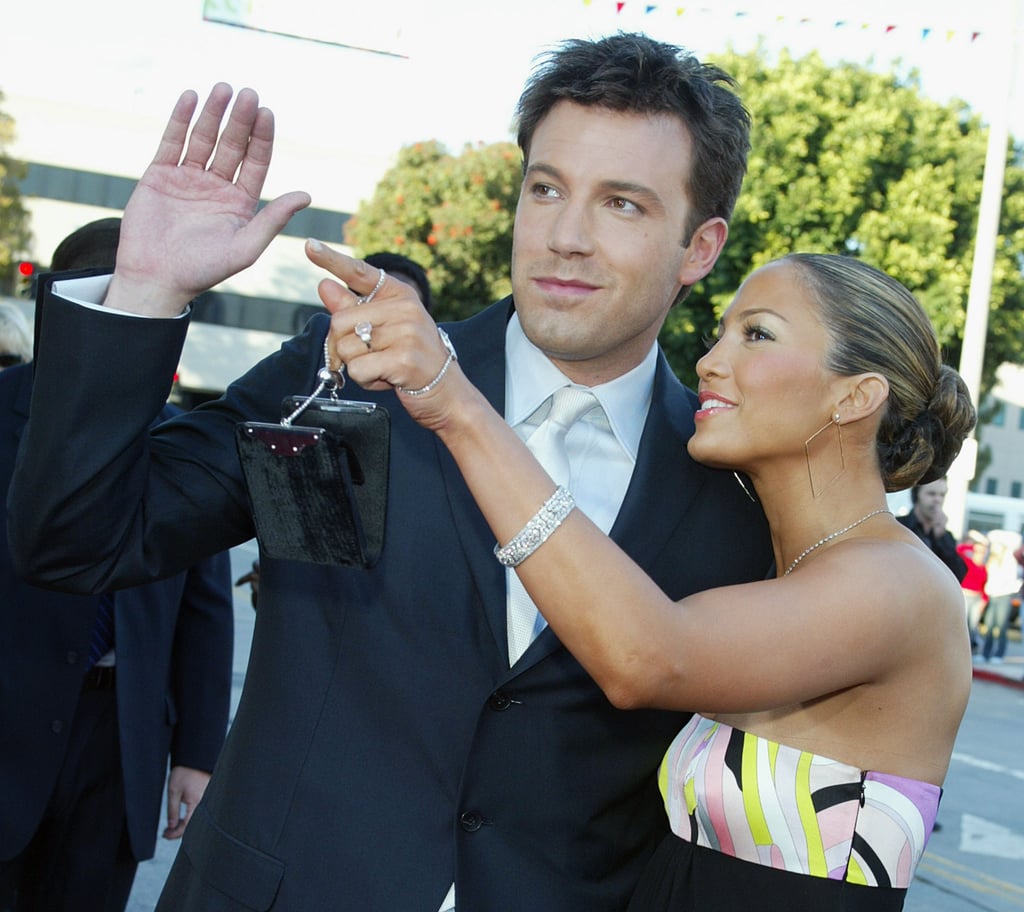 Now that Jennifer Lopez and Ben Affleck have rekindled their romance, bets are high for whether J Lo still has her pink, 6.1 carat diamond engagement ring from 2002. After meeting and falling in love on set of Gigli, Ben proposed to Jennifer with the Harry Winston sparkler that was then valued at $1.2 million (approximately £862,000) and called one of the rarest stones in the world. "It's the most magnificent thing I've ever seen. I still look at it and kind of marvel at it, you know?" Jen told Diane Sawyer exclusively during an interview. "He was like, 'I just wanted you to have something that nobody else would have.'" According to her former publicist Rob Shuter, Jen has never returned the ring, reporting to Access Daily, "If things move forward with these two, gosh she's already got the most beautiful ring I've seen."

Ben and Jen called off their engagement due to media attention in 2004, right before the wedding, and this marked the third time Lopez was ever engaged. (She was married twice before to Ojani Noa and Cris Judd.) Today, H&T Pawnbrokers expertly values the Bennifer ring at $12 million (approximately £8.6 million), with over a 1,069 percent sale increase since the early 2000s. Pink diamonds have quadrupled in price in the past ten years. Nick Cannon proposed to Mariah Carey with a 17-carat stone in 2008, and Blake Lively's jewel from Ryan Reynolds is 12 carats from Lorraine Schwartz, rumoured to be worth $2 million. In 2018, the Winston Pink Legacy diamond set a world record at $50 million, proving that Lopez's ring isn't the last "magnificent" pink diamond we'll see from the world famous jeweller. Ahead, reminisce about the engagement ring Jennifer Lopez might very well still have today. But will she make use of it? Only time will tell.

The Proud Family
Disney+'s Proud Family Revival Will Include Guest Appearances From Lizzo, Lil Nas X, and More
by Kelsie Gibson 14 hours ago

Celebrity Style
Dua Lipa Just Wore Trousers With a Front Cutout, and the Trend Has Officially Gone Too Far
by Yerin Kim 20 hours ago

Celebrity Style
Hold My Champagne — Is Anybody Else in Love With Billie Eilish's *Second* Met Gala Dress?
by Chanel Vargas 1 day ago