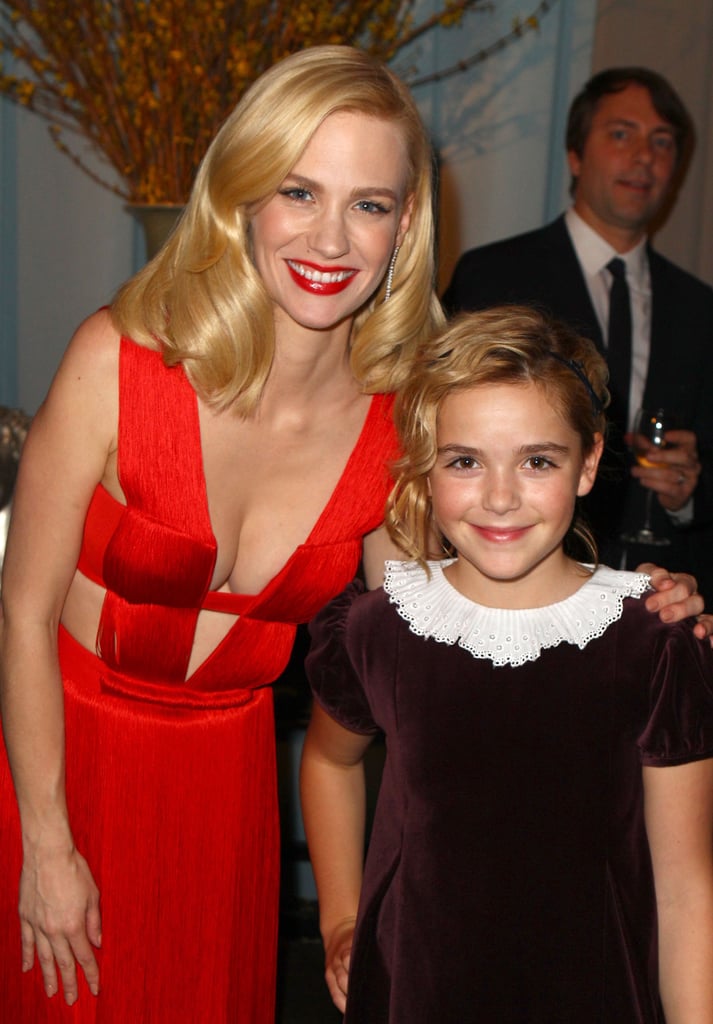 Aw! January Jones and Kiernan Shipka Both Rewear Their Golden Globes Gowns From 2011

January Jones and Kiernan Shipka pretty much won 2021's Golden Globes in my eyes. With COVID-19 changing how this year's Golden Globes will be taking place virtually, the Jones decided to take a trip down memory lane by rewearing her famous siren red Versace gown from the 2011 award show. The Mad Men actress shared an image of herself wearing the cutout dress on Instagram with the caption "10 years later and it still (sorta) fits," along with a throwback image of her wearing the dress a decade ago. She also shared a photo of herself wearing the fringed red number holding a pink sprinkled donut writing, "Part of the problem. Also I had a child."

Her Mad Men co-star also joined in by rewearing her Globes dress with the caption, "hey @januaryjones I heard we're putting on our Golden Globes looks from 10 years ago." Cue the awws! How sweet is that? The question everyone should be asking isn't how they both look so darn good in their dresses, but how it's already been 10 years since they've both worn these show-stopping looks! Read on to take a look at January and Kiernan wearing their looks from a decade ago.