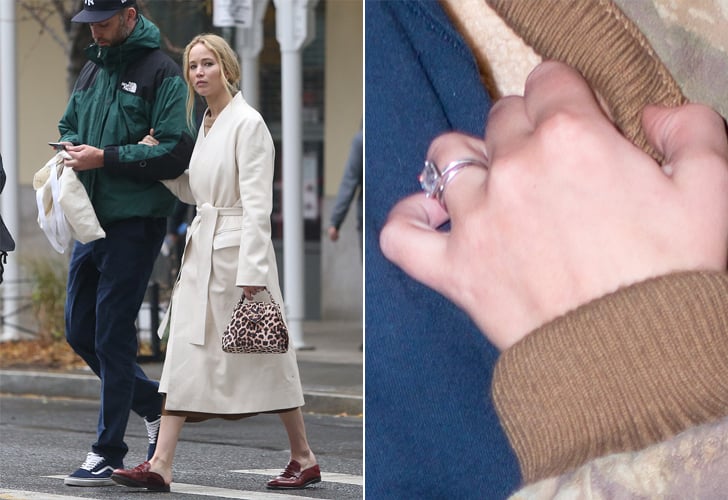 Jennifer Lawrence's Wedding Band Is So Simple, It's Romantic

Jennifer Lawrence's emerald shaped Alison Lou engagement ring reportedly cost Cooke Maroney a whopping $100K. The size of the diamond makes the price tag evident. When Jennifer showed it off at the Dior show during Paris Fashion Week, coordinated with a grey wool skater dress, it was so obviously the star of the show. Following Jennifer and Cooke's October 2019 wedding (which was packed with celebrities like Ashley Olsen, Sienna Miller, Kris Jenner, and Emma Stone), the newlyweds were spotted on two outings in New York City, first visiting an exhibit at the MOMA and then exiting a screening of The Irishman one day later.

We were able to catch a glimpse of Jennifer's wedding band, which, in contrast to her stunning sparkler, is so simple and precious. We wouldn't doubt it if there was a message engraved on the interior. Maybe Cooke even has a similar design for his own band? While we were certainly blown away by the sizable stone on Jennifer's engagement ring, we love that she kept her stack sophisticated — it looks beautiful! Read ahead to check out a close-up of Jennifer's wedding rings, and then shop inspired silver bands if you like to keep it just as classic. 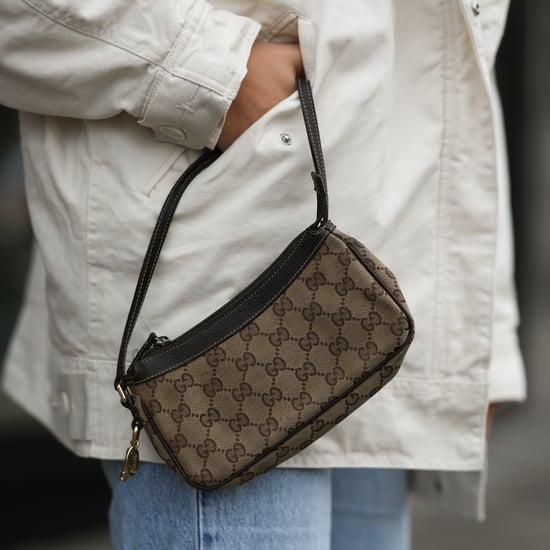 Fashion Shopping
It's 2020, and These Are the Vintage Designer Bags Everybody Wants
by Sarah Wasilak 3 days ago

Bikinis
Jennifer Lopez Feels "Relaxed and Recharged" in This White Bikini, and It's What She Deserves
by Karenna Meredith 5 days ago

Shoppable
Free People Has a Secret Treasure Trove of Wellness Products, and We Found the Best Ones
by India Yaffe 4 days ago