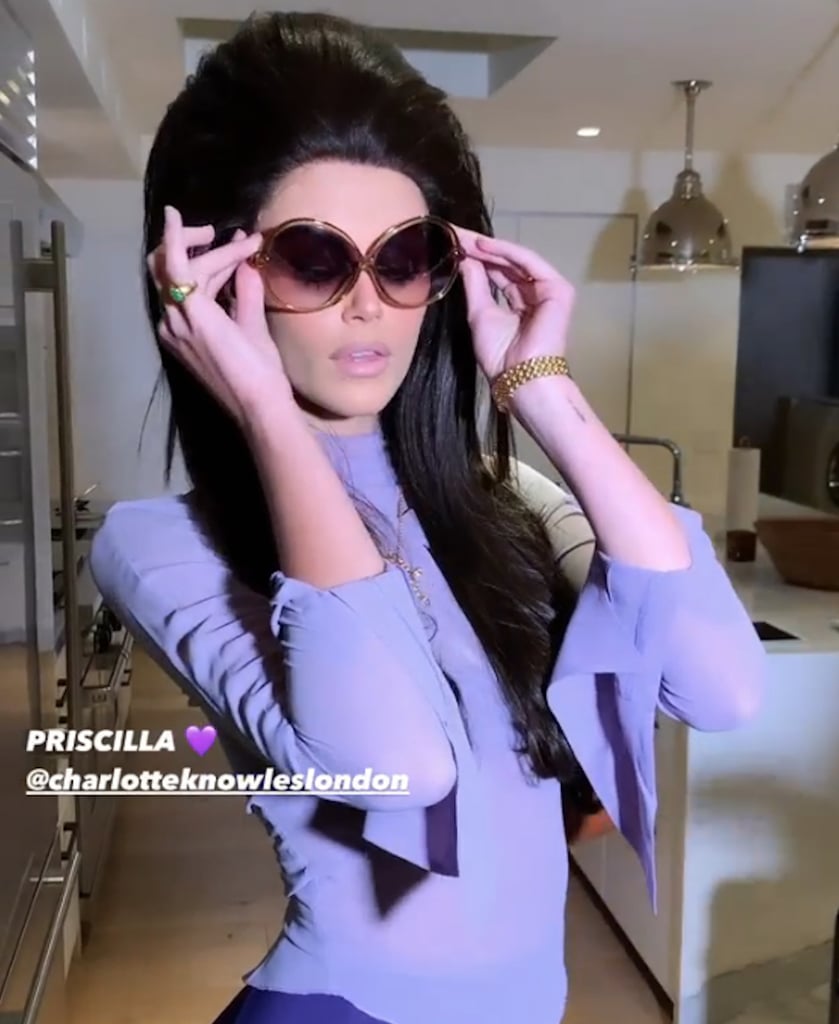 Kaia Gerber and Euphoria's Jacob Elordi confirmed their status as a couple on Halloween dressed as a very iconic duo: Elvis and Priscilla Presley. While many people remember the late rock musician's love story with his wife by picturing their famous wedding photos (Priscilla showed off her long-sleeved sheath as she and Elvis cut into their six-tier cake), Kaia was inspired by a different moment.

She brought an image from 1973 to her makeup artist, Sam Visser, and hairstylist, Charlie Le Mindu, who worked with her to collaborate on the beauty look that would transform her into Priscilla. "I used my famous drag technique to backcomb the hair [into a bouffant], but also having worked in so many opera houses now, the most important part is that the tulle in front that needed to be fitted and cut specially to her head. That's what makes it look like her own hair," Charlie told Vogue about the process.

As for the clothes? Kaia worked with London-based brand Charlotte Knowles on custom pieces that would help her pull off a nearly-identical outfit. She wore a lilac blouse and matching bra, plus purple Ghater flared leggings from the label. Kaia even accessorised with a cross necklace and gold watch, just like the jewellery Priscilla owned. Jacob himself needled very little makeup, according to Visser, since he already has Elvis's tan glow. He wore a royal blue suit and metal-rimmed aviators, just like the King. Ahead, check out Kaia's Halloween costume in all its early 1970s glory.