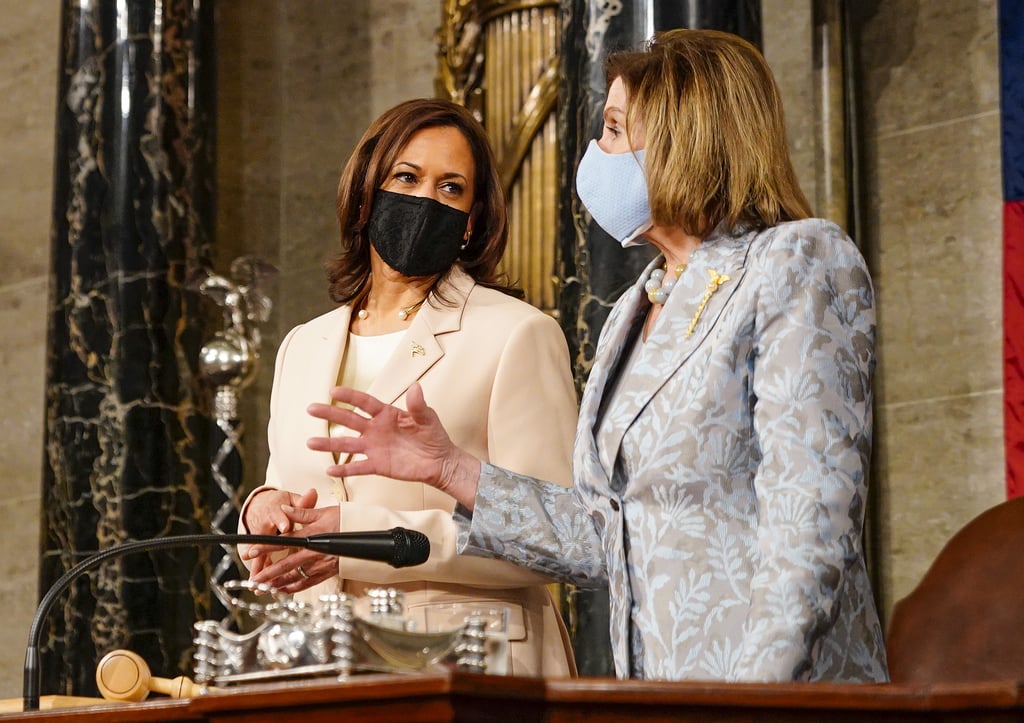 Kamala Harris continued to break barriers in her career as she stood behind Joe Biden addressing a joint session of Congress at the US Capitol in Washington, DC on April 28, 2021. Biden acknowledged the vice president and Speaker of the House Nancy Pelosi: "Madame speaker, Madam Vice President," he said. "No president has ever said those words from this podium. No president has ever said those words and it's about time." If that is not enough to make women and young girls all over the world feel confident, Harris's bold stature and elegance in a cream Prabal Gurung pantsuit should help.

Harris chose to support the Nepali American, Singaporean-born, Nepal and Indian-raised designer at the most crucial time — when Gurung himself is using his platform to stand up against Asian hate crimes in America and more specifically in the fashion industry. By working with Prabal on this outfit — complete with a champagne silk camisole to highlight her Ana Khouri pearls, which she wears to celebrate women — Kamala was backing his efforts, thereby complimenting him on his vision for our future America. "I am so honoured to be part of this historical moment and am humbled by the visibility and re-energised in my mission to advocate for representation and create better paths for the future. Here's to dreams and manifesting them into reality with the love and support from your community," Prabal wrote on his Instagram. 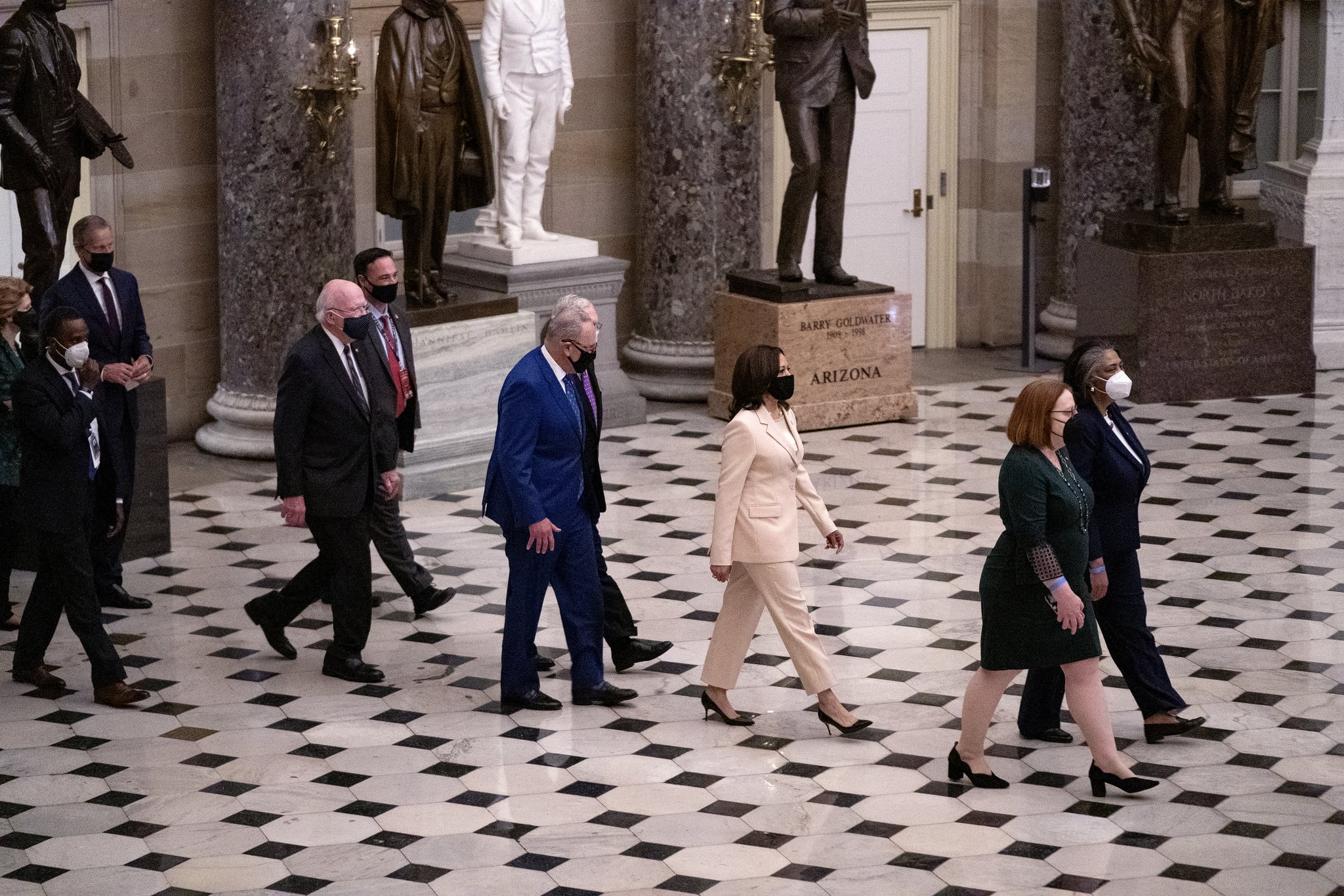 The theme of hope and light was very prominent on the stage, where there were fist and elbow bumps abound. This is not the first time Harris looked to Prabal's New York based atelier for a powerful moment. Prabal also dressed Harris in a cranberry coloured dress and jacket on day one in office (Jill Biden matched her that day in Brandon Maxwell). It should also be noted that jewellery designer Ana Khouri sourced Harris's South Sea pearls ethically and responsibly — she too crafts her pieces in New York. In summary, Harris's ensemble struck all the right chords and spoke not only to the current moment, but to a future where women are uplifted in the spotlight, Asian designers and artists are seen, and the woman in a light coloured pantsuit leading members of the senate across Statuary Hall looks like the obvious path to follow.