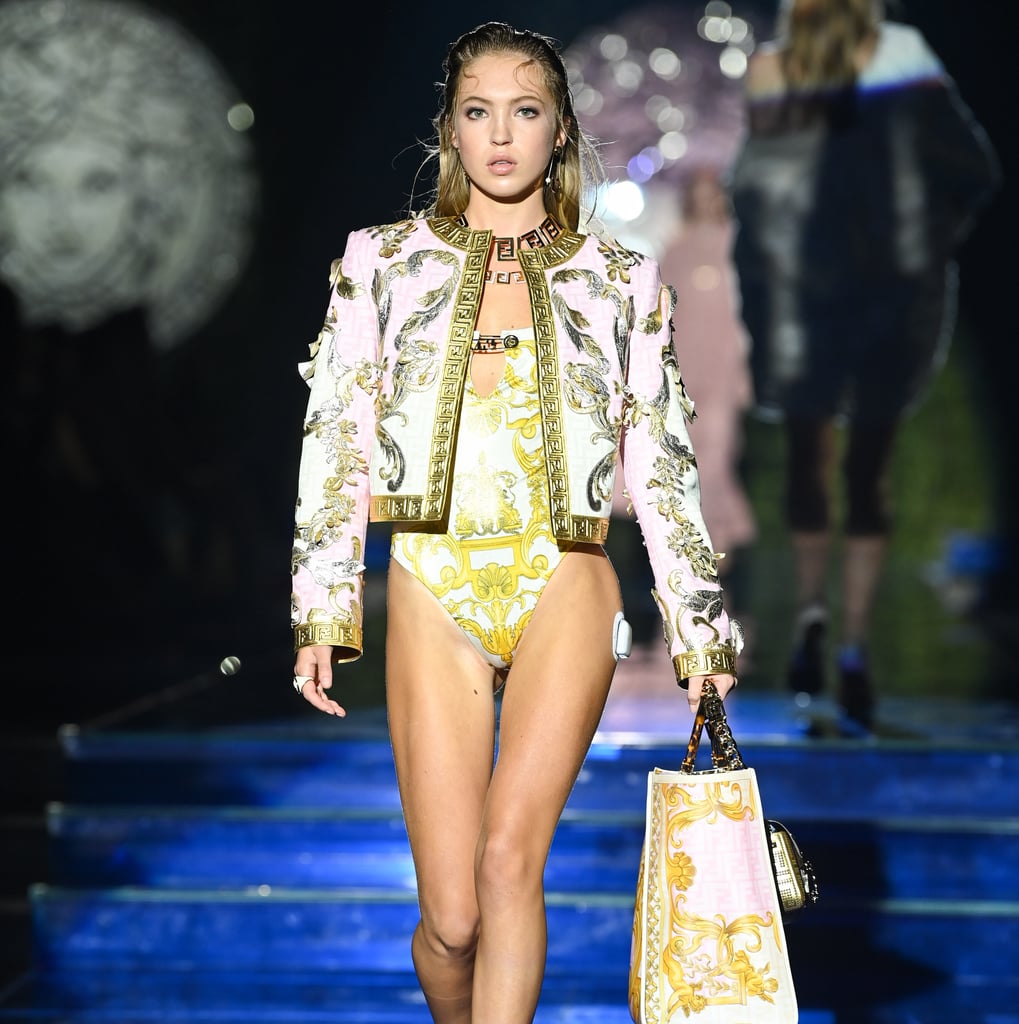 Kate Moss's daughter, 18-year-old Lila Moss, is making the runway rounds at Fashion Week. After opening the Richard Quinn show in London, she joined her mom, along with a whole slew of iconic supermodels at the Versace by Fendi show in Milan. Walking for Fendi's portion of the "swap" event, she debuted a one-piece swimsuit with Kim Jones's interpretation of Versace's gold baroque pattern and signature safety pin. The look was complete with an ornate, logo covered blazer, matching tote bag, metallic shoes, purse, and jewels — and most importantly, Lila's Omnipod DASH, a tubeless insulin delivery pump, on her left thigh.

Lila has type 1 diabetes, which typically appears in adolescence and is a lifelong autoimmune disease. "I think not many people know that I have diabetes. It's not visible from the outside, so no one would really know just by looking at you," she explained to The Kit. But by deciding not to cover her pump, and displaying it proudly on the catwalk, she normalised the device for the community and showed up for representation in a big way.

Twitter users have applauded Moss across the platform. "Evidence for the gremlins out there that T1 diabetes is still not related to body size or lifestyle," one person wrote. Insulet, the company that makes Lila's pump, confirmed to POPSUGAR that this is an incredibly significant moment for visibility: "This device is one which the T1D community readily identifies and which may very well serve to increase public awareness of and reduce stigma of diabetes," Insulet stated.

Ahead, you can read some supportive comments, see all angles of Lila and mom Kate make their appearance on the runway, then re-watch the livestream of the full "Fendace" experience.