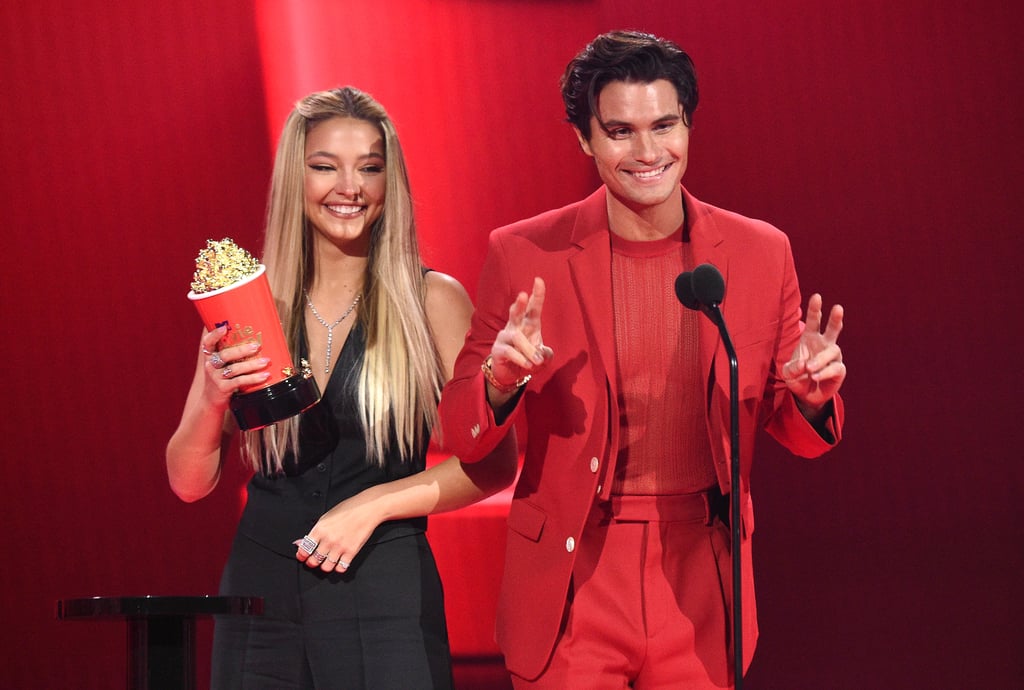 Madelyn Cline and Chase Stokes certainly made waves for winning best kiss at the 2021 MTV Movie and TV Awards. Seeing as that the couple (who play Sarah Cameron and John B, respectively, in their show Outer Banks) are dating in real life, they celebrated onstage with a romantic smooch. Some compared the moment to former winners Ryan Gosling and Rachel McAdams, who took home the same trophy for their chemistry in The Notebook in 2005. But we found Madelyn's subtle outfit change and admirable coordination with Stokes particularly noteworthy.

While she started the evening posing among her costars in a red Versace minidress with sculpted shoulders and Swarovski crystal encrusted sandals — a perfect match to Stokes's Fendi suit — sometime before the show, she managed to hit the changing room. For their big kiss, Madelyn also matched her SO in a sophisticated suit, hers black and his that same cherry red. She kept on her fistful of silver diamond rings but added a drop choker to play up the neckline of her suit vest, and swapped those Versace sandals for glitzy pointed pumps. Regardless of whether they were on the carpet or onstage in front of the crowd, it's safe to say this was just as much a fashion moment for them as it was a relationship milestone.