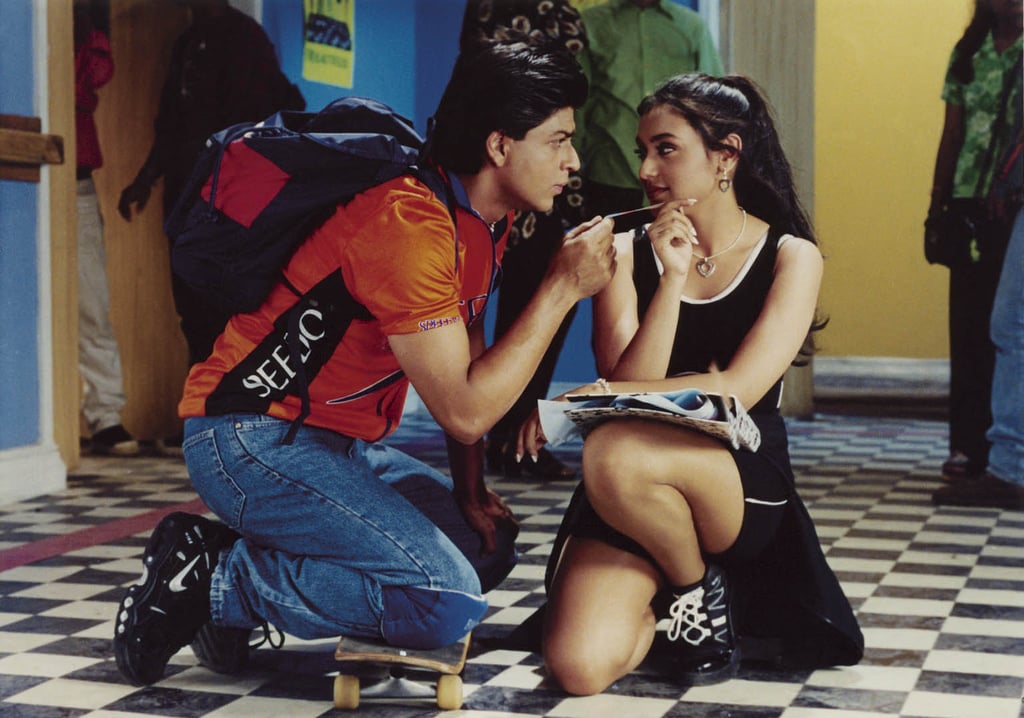 It's impossible to talk about Bollywood screen style without talking about designer Manish Malhotra. After all, he's in charge of most of the iconic outfits we all still dream about today. I spoke with the designer to learn more about how he paved his way into films, designing, and, of course, some of his most talked-about creations seen on the silver screen.

While the designer has always been interested in movies, he realised what he wanted to do in life while he was modelling during his college years. "I got my first break in 1989 when Juhi Chawla was starring in the David Dhawan film Swarg where I created two costumes for Juhi for one song sequence. But the movie Rangeela was my turning point," Manish told me, continuing, "That was in 1995. The director, Ram Gopal Verma, was clear with his brief, and actress Urmila Matondkar was also all set to prove herself [in Bollywood]. There was a powerful creative energy, and we created something completely new by including crop tops, dungarees, t-shirts, and jeans into the mix. It was a completely new fresh palette that caught the eyes of all millennials and ended up going viral. I won my first Filmfare Award as a 'Costume Designer' for the movie. Interestingly, it was the first time the category was even added to the award show, so I became the first recipient of it."

"For me, [bringing celebrities onto the runway] was a very organic process because I came from movies, and I had relationships with these actors — they were my friends."

From the game-changing outfits in Rangeela to the start of athleisure on the big screen in Dil To Pagal Hai and Kuch Kuch Hota Hai, Manish Malhotra is pretty much a chameleon when it comes to designing eye-catching costumes for the big screen. Trust me when I say that he was instrumental in bringing many trends to the forefront. I vividly remember that my sister and I went out and bought Tommy Hilfiger and Speedo athleisure looks right after we watched the movie. He's also had a ton of success with his bridal couture looks shown during Fashion Week in India, where you'll probably notice more than a few familiar A-lister faces on the runway. (My husband actually wore a design for our wedding from his collection!) "For me, [bringing celebrities onto the runway] was a very organic process because I came from movies, and I had relationships with these actors — they were my friends. So, calling them to my fashion show wasn't any strategic move back then and even now," Manish revealed.

Ahead, we relieve some of his most iconic creations, his path to success, and discuss what his favourite look has been so far in his career. For the first time, the designer even reveals how he turned down a huge opportunity to focus on his fashion label. (More on that later!) Keep scrolling to read more of our interview ahead.