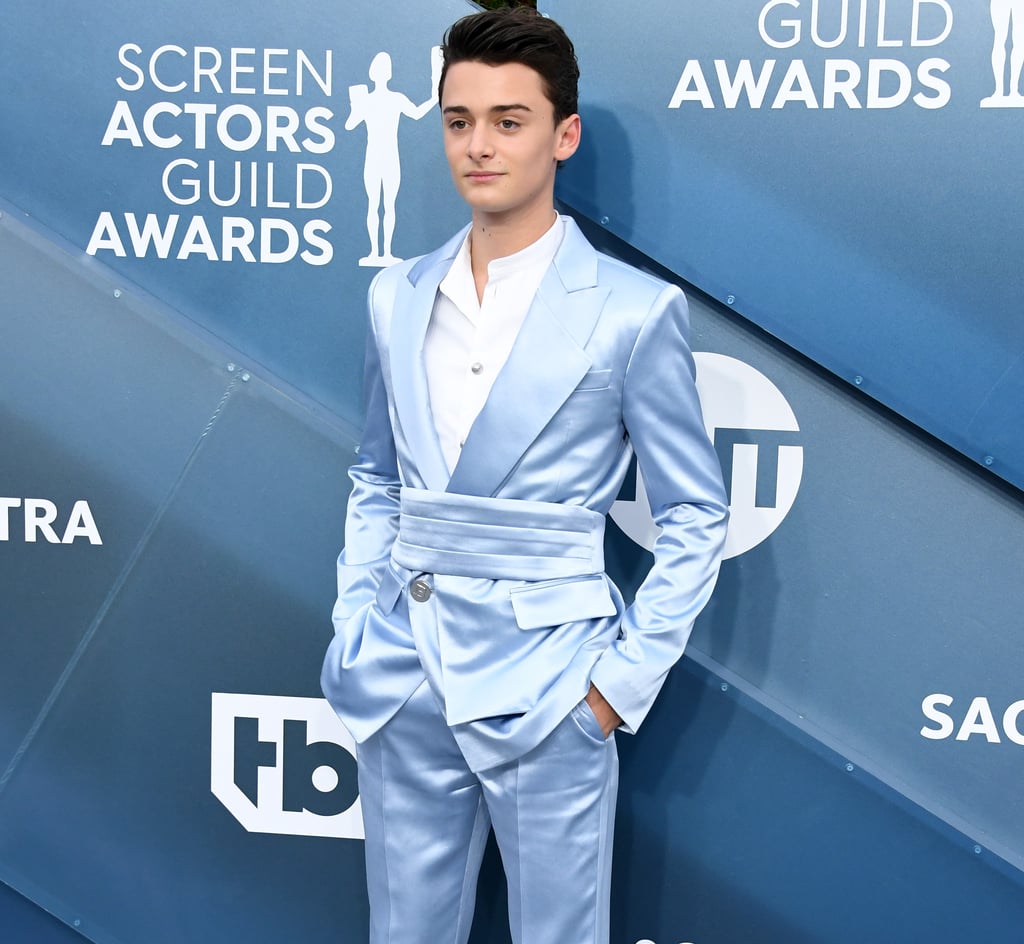 I swear that if I attended the SAG Awards, I'd do it in a slick suit with white sneakers like Stranger Things' Noah Schnapp. The ceremony falls right in the middle of award season, and chill vibes are exactly what the 15-year-old's stylist Philip Peuter teased to Noah's fans on his Instagram story. "For Noah's fans, the previous picture gave a hint of what he will wear today for the SAG Awards," he wrote, immediately following a snap of himself in an ice blue bomber. Noah's used to wearing plenty of Fendi on the red carpet, so we like that he and Philip switched it up in this satin Balmain suit, which came equipped with a pleated cummerbund and signature Balmain hardware buttons. Scroll down to see how Noah kept things young and smart in white platform sneakers, also designed by Olivier Rousteing, and check out photos of him with the rest of the Stranger Things cast on the red carpet.