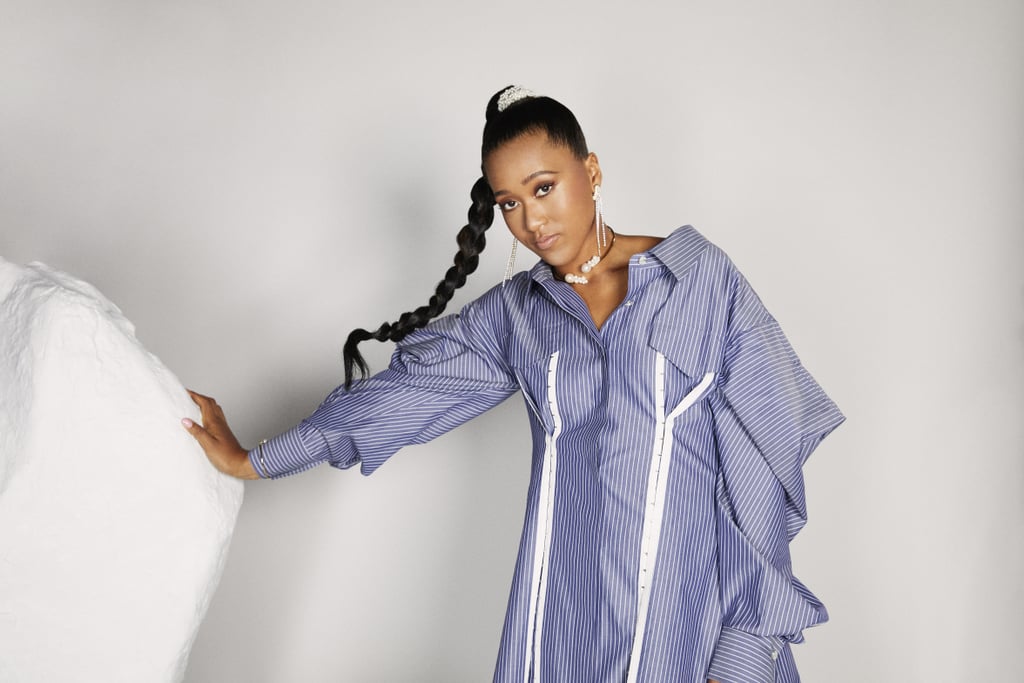 Naomi Osaka Is Teaming Up With Adeam For a Collection, and It's an Ace

Naomi Osaka has had an eventful week. The 22-year old is officially a two-time US Open women's singles champion, and we're still talking about her celebratory postgame outfit that would put anyone in a winning mood. The athlete posed with her iconic silver trophy in an orange patterned dress and a colourful head wrap. Now, we found out that she's teaming up with Adeam for a dreamy collection. Since Noami is proud of her Japanese-Haitian heritage, we weren't that surprised to learn that the collection was inspired by her heritage as well.

It was actually the renowned tennis star who reached out to Adeam to ask if the brand's designer, Hanako Maeda, might be interested in collaborating. The duo hit it off immediately and both started to create sketches and ideas upon meeting for the first time. According to the press release, "The result of this partnership is a beautiful capsule that explores the Japanese heritage and powerful feminine aesthetic. Traditional origami-like drapes combined with Harajuku girl 'kawaii' elements and a touch of athletic style, the collection tells a story of a global, modern woman."

Keep reading to see the gorgeous campaign imagery and shop the Adeam x Naomi Osaka collection now, which is available exclusively on ADEAM.com.