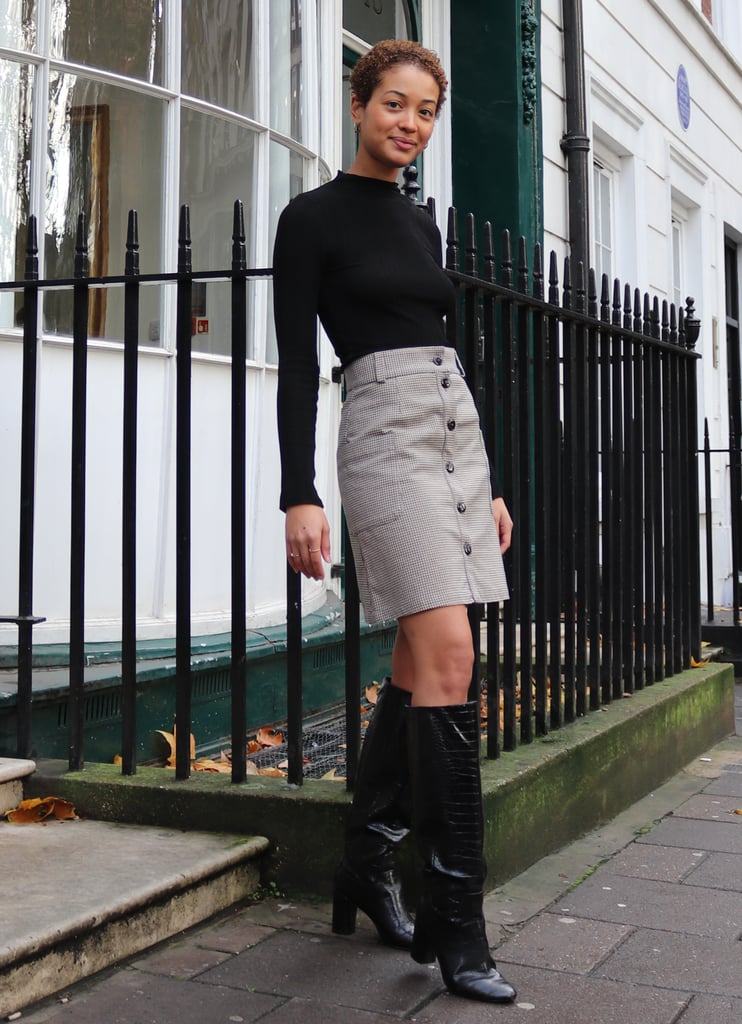 Costume design is this really interesting area where fashion and entertainment meet. Series like Gossip Girl and The Handmaid's Tale, and films like Clueless and The Devil Wears Prada, have had a major impact on how we dress.

We'd love to credit Blair Waldorf for the recent revival of headbands. And if it weren't for Miranda Priestly, would we ever know the difference between turquoise and cerulean blue? Fashion's dynamic relationship with pop culture is undeniable. For the past couple years, we've experienced a very nostalgic '90s style renaissance. Even icons of the era, like Keanu Reeves and Celine Dion, are getting in on the action. So, we decided to try out Rachel Green's great style from one of the decade's most defining series, Friends.

Debra McGuire was the costume designer for all 10 seasons of the decade-defining show. It was McGuire's first styling job for television, and she's said in a recent interview with The Guardian that despite the "pressure to make the characters' clothes very casual," she "thought we needed aspirational clothing to make people want to know more about their lives."

Throughout Friends' 10-year run, Rachel Green's Autumn and Winter style was all about checked miniskirts and fitted jumpers, lacy '90s layering, slip dresses, and denim dungarees in a palette of blue, green, and red. She usually paired her looks with black boots or white trainers and her iconic choppy layered bob.

Ahead, we found four of her most iconic outfits, re-created them using some of our favourite brands, and learnt a few things about great '90s style.

Street Style
Out of Outfit Ideas? Fashion Month Street Style's Got You Covered
by Dana Avidan Cohn 1 day ago

Celebrity Style
Aw! January Jones and Kiernan Shipka Both Rewear Their Golden Globes Gowns From 2011
by Nikita Charuza 3 days ago 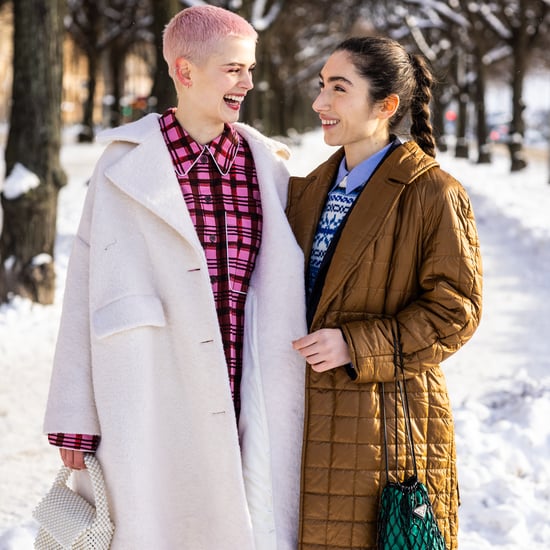