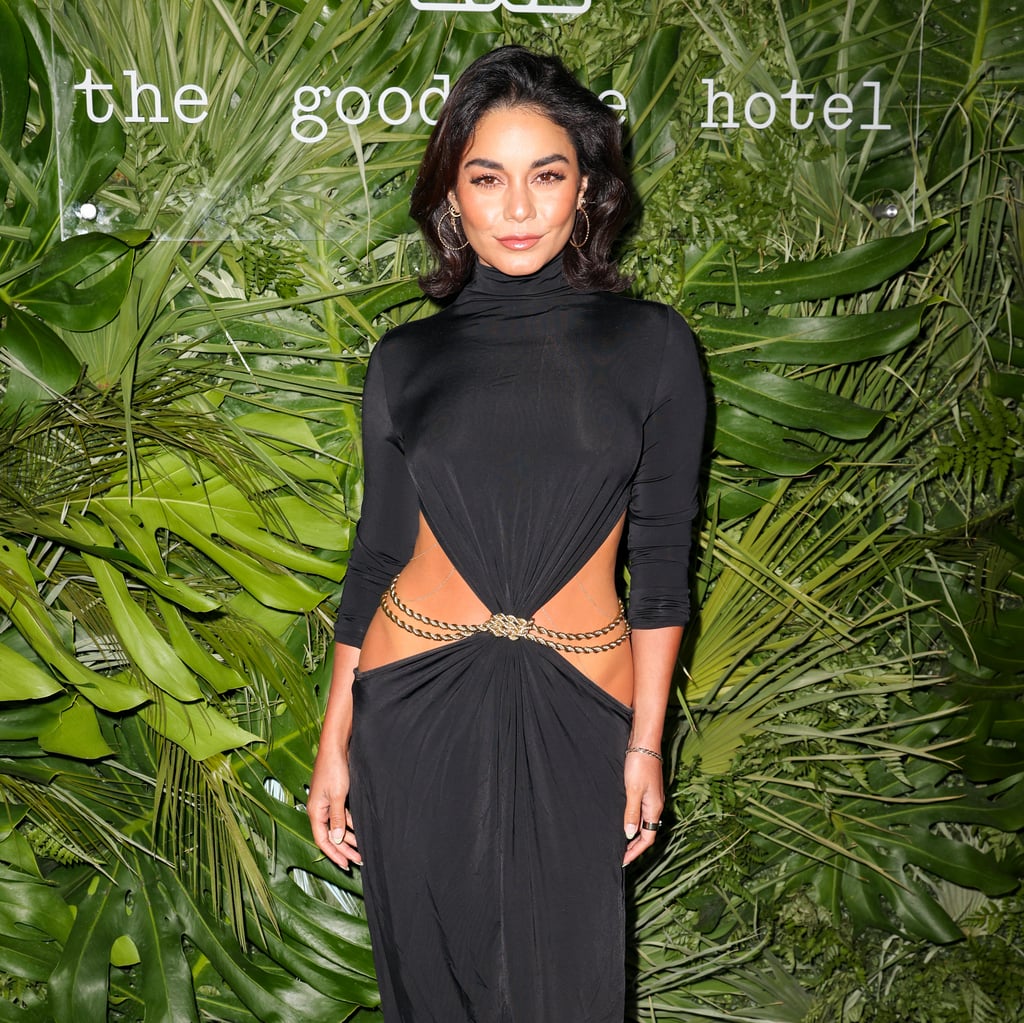 Who Can Think About Low-Rise Jeans When We Have Vanessa Hudgens's Jaw-Dropping Hip Cutouts?

The return of low-rise pants from the early 2000s has everyone in a frenzy, but Vanessa Hudgens just upped the ante at Pharrell Williams's hotel opening in Miami. Her take on the trend? Cult Gaia's Genevieve gown from the brand's fall 2021 collection — the slightly fancier follow-up to its popular knit Serita dress, which made the rounds on celebs like Romee Strijd and Hailey Bieber last summer.

This look comes with a fitted turtleneck bodice and far less fabric from there, complete with low-slung hip cutouts that revealed Hudgens's bikini bottom tan lines. Two golden metallic ropes knot the dress at the centre and wrap around to the back — pretty luxe, right? It will retail for $628 at the time of Cult Gaia's fw21 drop.

Hudgens proved she's no stranger to body chains and packed hers for the red carpet, playing up the details on her daring look even more. She accessorised with more gold jewellery, including rings, a chainlink bracelet, and hoops, showing off her glow from every angle. Scroll down to see the risqué fashion moment, along with the Genevieve in Cult Gaia's lookbook, where its inspiration is described as "the shimmering sands of a Hellenistic sunset."