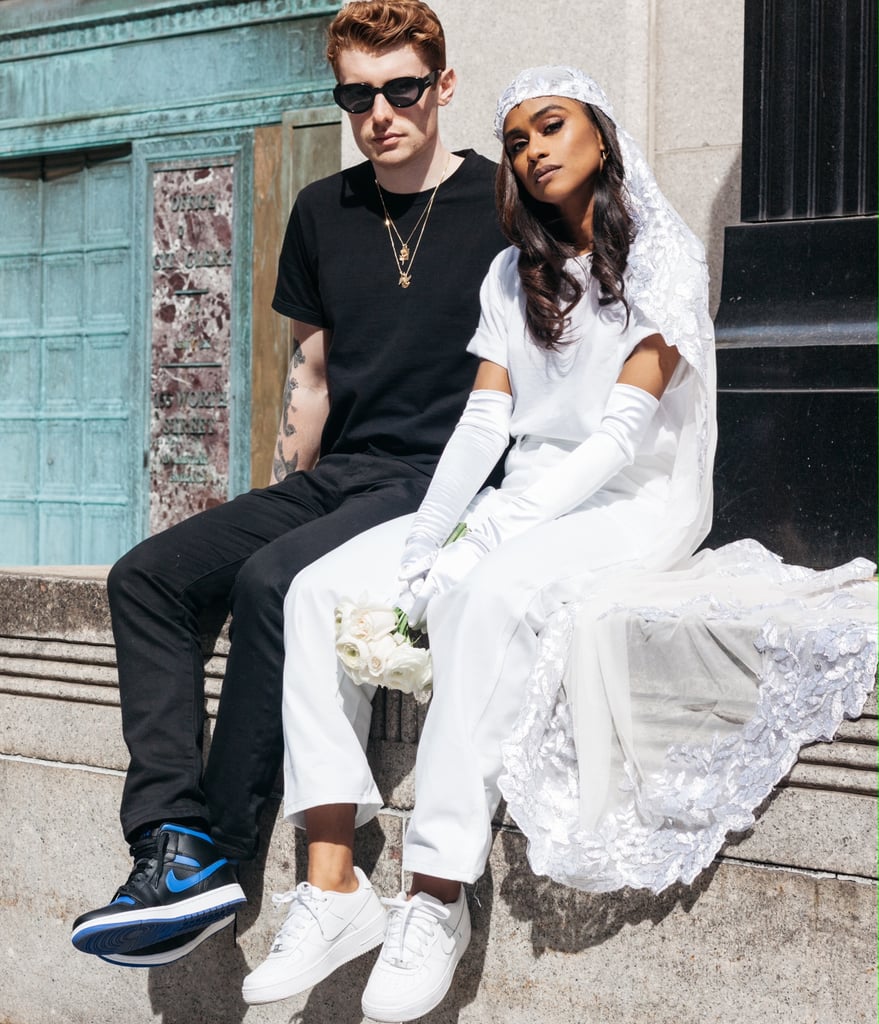 American DJ, artist, director, and designer Vashtie Kola married her Danish partner Emil in March 2020 at City Hall. While the couple was initially supposed to host a typical reception, they swiftly changed their plans due to the novel coronavirus (COVID-19) pandemic. Or, as Vashtie puts it on her website, "We had planned a big celebration for 2020, but Rona was like 'nah' and we were like 'bet'."

"[Vashtie's bridal look] is so much more than just something I would 'totally wear' on my own wedding day — it's something I respect."

They arranged to tie the knot alone (although photographer Edwin Ortiz was on hand to snap photos, and Vashtie's stylist James Johnson helped her get dressed while her beauty team helped her with glam.) You'll notice — probably straight off the bat like I did — Vashtie didn't wear a dress. The same way some people fall in love with a designer ballgown made of lace and tulle, I fell in love with Vashtie's bridal look the moment I saw it on her Instagram.

From her Dickies cargo pants to her Nike sneakers and Supreme Hanes tee, it was exactly the type of outfit I wear every day, albeit accessorised with some very standout bridal finishes. Vashtie is a self-described tomboy, too — "my husband fell in love with me as a streetwear/sneaker wearing tomboy," she told me when I caught up with her and she filled me in on every little detail.

"I feel like most wedding looks stem from royals (mainly white) of a long gone era that other people wanted to emulate. While a lot of those styles are nice, I just didn't have much interest in them."

Vashtie worked with designer Evita Loca to create a custom lace-and-beaded durag veil (via text, mind you!), so she could pay homage to her culture. "I chose a durag veil combination to complement my streetwear/sneaker ensemble because I wanted my look to feel like me and to also honour Black culture, which has birthed all of those movements. I feel like most wedding looks stem from royals (mainly white) of a long gone era that other people wanted to emulate. While a lot of those styles are nice, I just didn't have much interest in them. I really wanted my look to represent me and the culture that has inspired me."

Ahead, all the questions I had about Vashtie's gorgeous wedding look answered, in detail, by the one and only Vashtie. If you were wondering, she and Emil just may celebrate all over again in 2021 — and her durag veil will absolutely make another appearance. Even if she wears a dress, I have a feeling her sneakers will be there, too.

Related:
These Casual Brides Will Make You Want to Throw on Pants and Head to City Hall
Previous Next Start Slideshow
CoronavirusDickiesWeddingHanesRace And CultureSupremeSneakersFashion INterviewNikeT-Shirts

Lizzo
Yes, Beyoncé's Lyrics Were Ableist. There's a Lot More to the Story.
by Maggie Ryan 3 days ago Hair
Clara Amfo on Beauty Bias: "I'm Not Interested in Taming Hair — I Want to Celebrate Hair"
by Tori Crowther 07/6 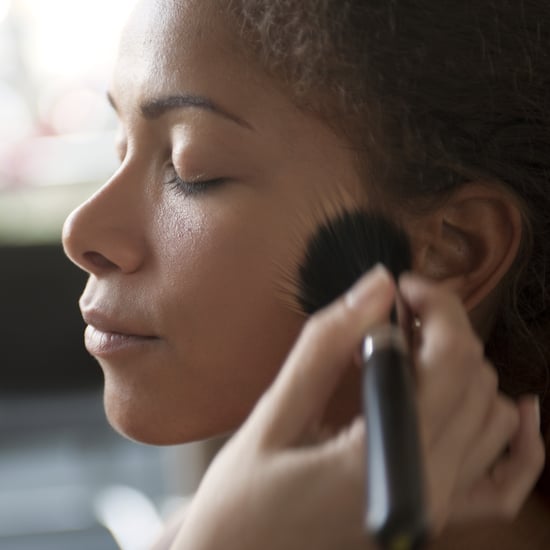