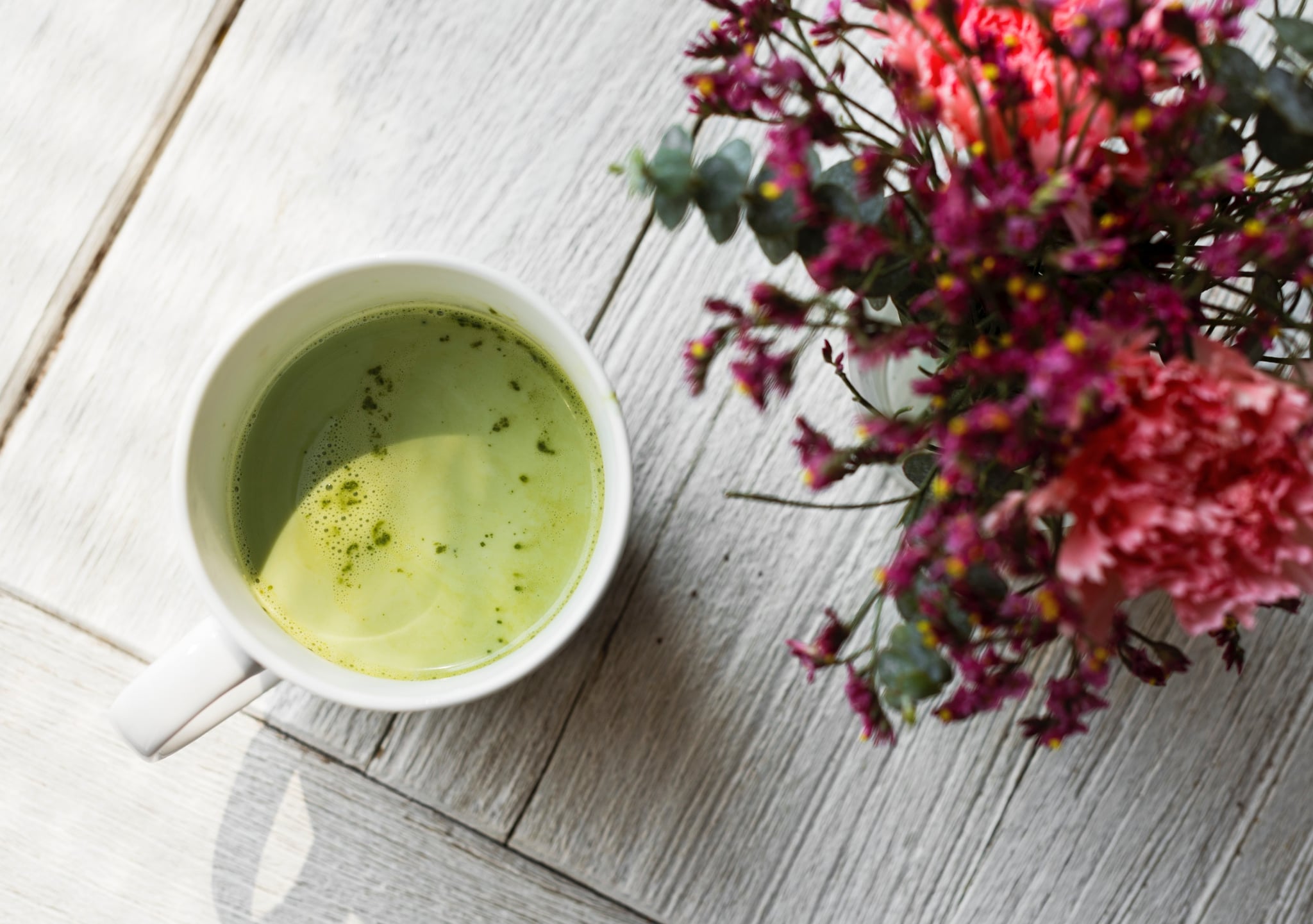 If you're one of those people who needs three cups of coffee or more to get through your day, you may want to consider making the switch to matcha. Although the beautifully green beverage has only made its way to American cafe menus in recent years, matcha has been a staple of Japanese tea ceremonies for centuries. In addition to having a full-bodied, grassy flavour, this fine powder has more caffeine and 10 times the nutritional value of regular green tea. One teaspoon is all that's required to prepare a cup. But the benefits don't stop there — matcha is packed with antioxidants and offers a steadier caffeine fix than coffee does. Let us break it down for you.

Related:
I Drank Green Tea For 1 Week Instead of Coffee and This Is What Floored Me

1. Matcha has more antioxidants than other superfoods.

Blueberries, acai berries, and spinach don't even come close to the amount of antioxidants that's found in matcha. Studies show that based on ORAC (oxygen radical absorbance capacity) testing, matcha stands at 1,573 units per gram, while blueberries hold of a rating of only 93 units. On top of being grown and harvested differently than regular green tea, matcha is far more concentrated than loose leaf tea, allowing you to enjoy its nutrients in their entirety. In fact, matcha contains 137 times more antioxidants than regular green tea.

2. You won't crash from drinking matcha.

Our body absorbs the caffeine in matcha differently than it does coffee. According to Panatea, coffee increases blood flow and therefore oxygen to our brain and tissues, which results in alertness. But speeding up our systems also comes with those caffeine jitters and then that crash. However, matcha contains an amino acid called L-theanine (known to reduce anxiety and high blood pressure), which combats those side effects while still allowing matcha to provide a stable and longer-lasting focus. And unlike coffee, matcha is both calming and energising.

Green tea contains the powerful antioxidant EGCG (epigallocatechin gallate), which has been shown to promote weight loss and boost metabolism. A small study has also suggested that matcha's EGCG may boost our ability to burn fat during exercise. Although more research on human subjects is needed, matcha tea provides a rich, subtly sweet flavour without the addition of sugar or cream. Plus, it contains very few calories, making it a healthy option overall.

Matcha also offers perks such as being disease-fighting and detoxifying, but the quality of your matcha can make all the difference — especially when it comes to taste. The best tasting varieties are typically ceremony grade (creamy and sweet) while kitchen grade is at the lower end of the spectrum.