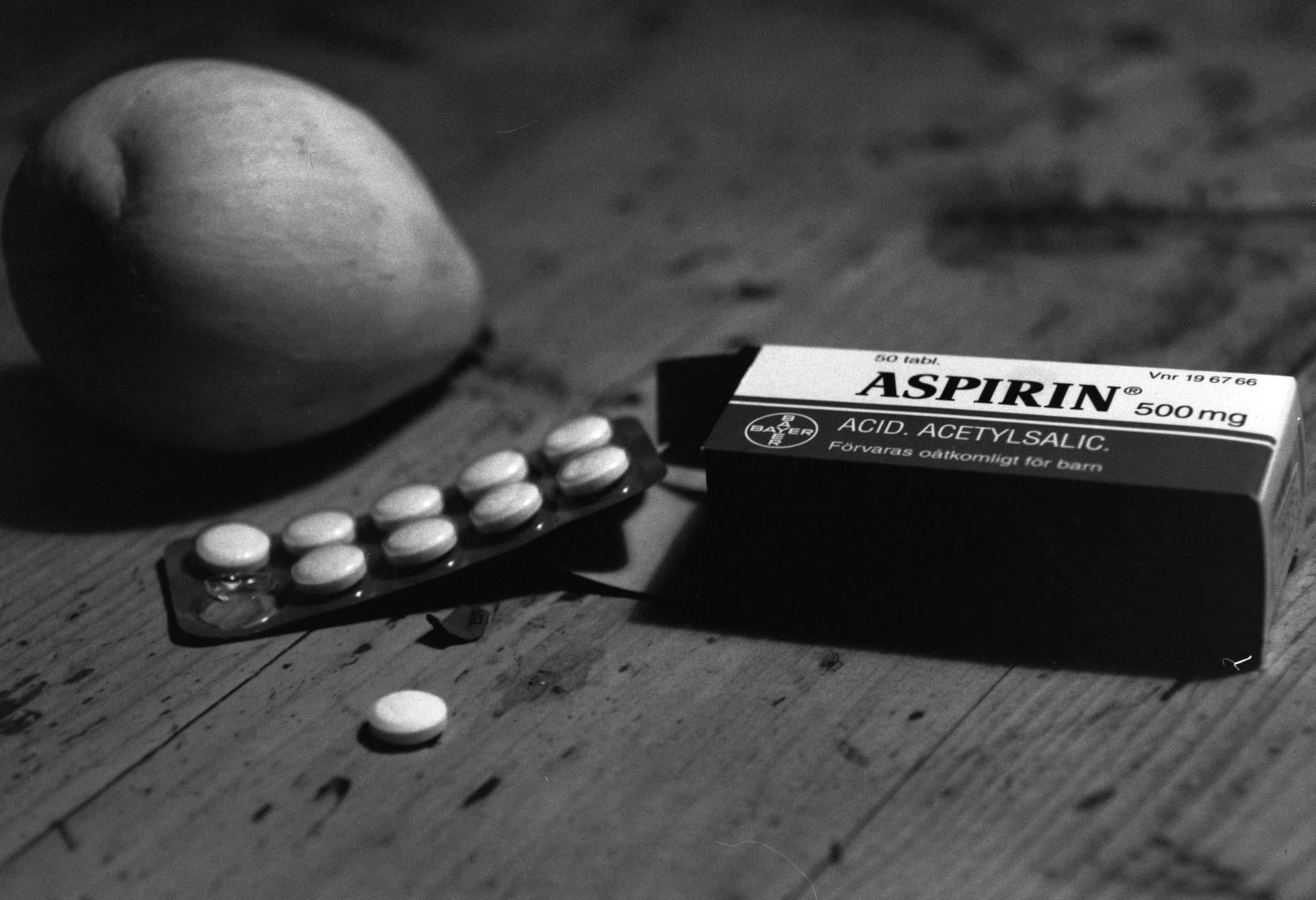 Many of us occasionally take a dose of aspirin to ease the pain of a miserable headache, cramps, or body ache. Aspirin is a blessing when we desperately need some pain relief to power through the workday, but there is such a thing as too much of a good thing — and that's why experts say it's key to consult with your doctor before you begin taking aspirin every day.

Sandi Elman, PharmD and clinical pharmacist at Atrius Health, told POPSUGAR that the most common reason for daily aspirin use is to prevent a heart attack or stroke. "Most heart attacks and strokes occur when the blood supply to the heart or the brain becomes blocked by a blood clot," she explained. "Blood clots can form when too many platelets stick and clump together in a blood vessel. Aspirin works to reduce blood clot formation by helping to prevent too many platelets from sticking or clumping together."

Dr. Sonia Patel, chief pharmacist at Capsule, said that the US Preventative Services Task Force recommends a daily dose of aspirin to help protect against heart disease in women ages 55 to 79. "Aspirin can also be recommended even earlier for people who already have heart disease or have had a stroke," Patel noted, but it's "rarely [recommended] for healthy individuals under 40."

Like every other medication, there are risks and benefits to taking aspirin every day — and both should be taken into account when making a decision about whether or not to add it to your daily regimen. Amnon Beniaminovitz, MD, a cardiologist at Manhattan Cardiology in New York City, said that although aspirin is safe for daily use, it should only be taken if your doctor determines that the positives outweigh the risk of bleeding. "It's not a good idea to take a medication if it's not necessary. [In some cases], the risk of bleeding can outweigh the benefits of stroke and heart attack prevention," Beniaminovitz explained.

Elman shares this view and explained that, despite its benefits, aspirin isn't a harmless drug. "Because it thins the blood, aspirin can increase the risk for bleeding, most commonly in the stomach, and occasionally in the brain," she told POPSUGAR. Elman said that individuals with a history of ulcers, liver disease, or high blood pressure are at an increased risk of bleeding due to aspirin. And people who already take medications that can increase bleeding risk (such as warfarin, Eliquis, Xarelto, Pradaxa, ibuprofen, or naproxen) should be aware that aspirin compounds this risk.

Elman, Patel, and Beniaminovitz all emphasized the importance of consulting with your doctor before you begin taking aspirin daily. "Before starting aspirin, it is important to speak with your primary care clinician and avoid simply starting daily aspirin therapy on your own," Elman said. "You and your clinician should discuss whether aspirin's benefits outweigh its risks — a decision that is unique for each person."

She explained that, for people who don't have cardiovascular disease, the decision to take aspirin is "less obvious and must include a careful look at your estimated cardiovascular risk, age, personal preferences, and risk factors for bleeding." Elman also noted that if you've been previously advised by a doctor to take daily aspirin, it's equally important to consult with them before you stop taking it.

Your doctor should also be involved in determining the appropriate daily dosage. "Your doctor will discuss what dose is right for you," Beniaminovitz told POPSUGAR. "[Doctors] will usually prescribe a daily dose anywhere from 81 milligrams — the amount in an adult low-dose aspirin — to 325 milligrams, a regular-strength tablet."

If you suffer from chronic pain or daily migraines, you may find yourself taking aspirin on a daily basis. But given what experts have told us about the bleeding risk, this is probably not the best course of action. Furthermore, chronic pain and frequent migraines could be symptoms of an undiagnosed illness. If these issues are the reason you frequently take aspirin, it's time to schedule a doctor's appointment to determine the source of your pain — and the best medication to provide relief from your symptoms.