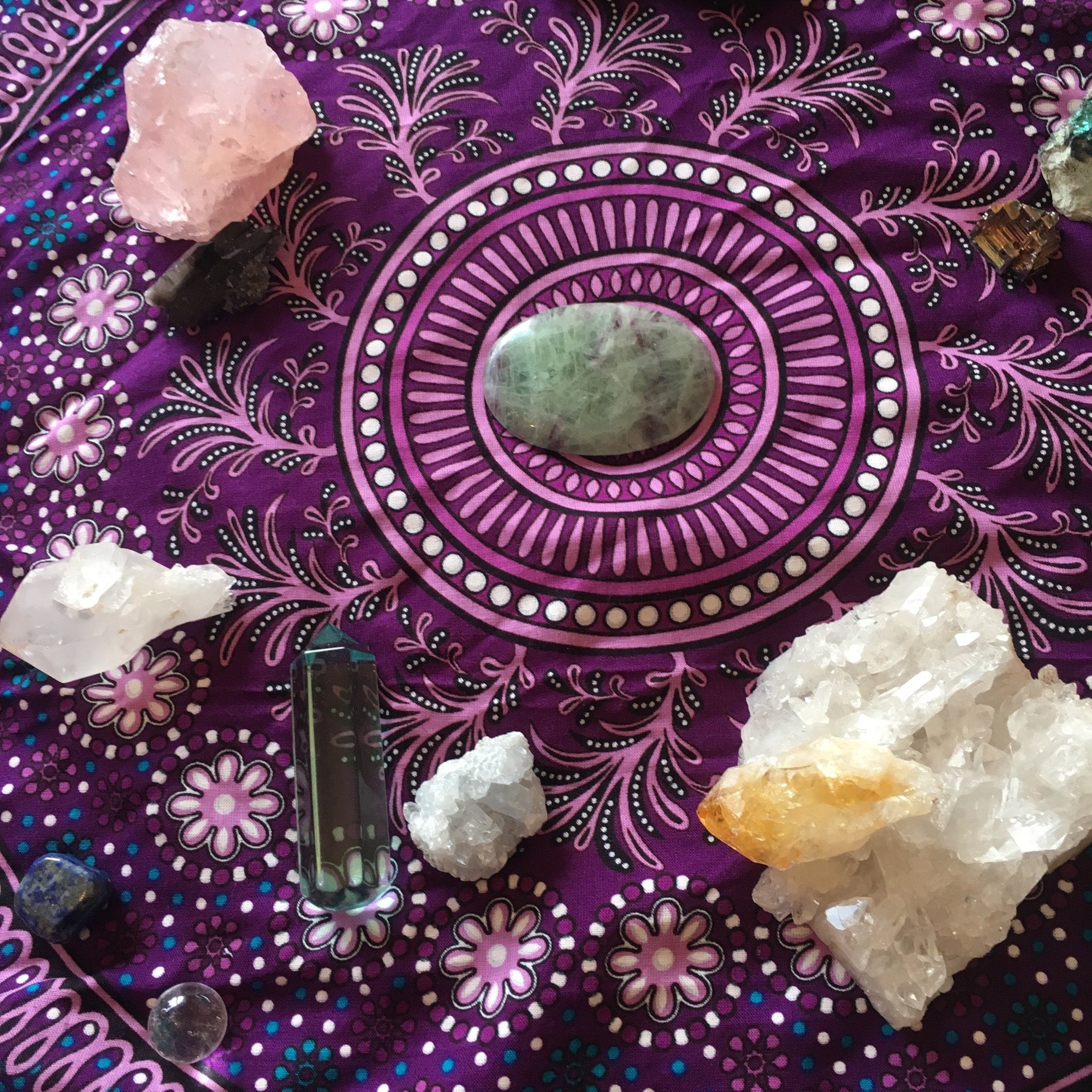 I'd love to tell you I'm a raging sceptic when it comes to new-agey beliefs, but unfortunately for my (fictional) cool-girl reputation, I've always been fascinated with the mystical. When I was about 8 years old, my friends and I pretended to have magical powers so fiercely that we eventually convinced ourselves it wasn't pretend at all (maybe it wasn't — I'd argue there's magic in female bonding). Of course, it also doesn't hurt that I lived five years in Los Angeles, where the ancient Eastern wisdom of spiritual healing, chakras, and reiki are enthusiastically welcomed and practiced.

Still, it took a majorly unsettling life event for me to seek the kind of spiritual guidance that both amused and intrigued me in LA. As a French-born British citizen, I unsuccessfully applied for a work visa to stay in the US and was forced to leave the country, abandoning my friends and the life I had built there from age 17. I had a loving family in two wonderful countries to come back to, but it didn't stop me from feeling thrown off balance.

Using crystals as an aid to meditation and carrying them around with me has absolutely made me feel more anchored, less stressed, and higher-achieving — so what if I'm imagining things?

My, ahem, existential confusion coincided with a wave of alternative spirituality washing over London, my new home: meditation workshops were popping up everywhere, astrology was suddenly a legitimate concern, and healing crystals kept crossing my path (including on POPSUGAR, incidentally), to the point where I felt I couldn't ignore them anymore.

I have been casually practicing meditation since the new year, when I started feeling increasingly anxious about the future, so crystals seemed like a logical next step. After weeks of curiosity, I picked up a premade set labeled "Wish" from Psychic Sisters London; as a novice, I liked that I at least had an indication of what I could use these stones for, and they came with a mantra, so they wouldn't take much extra research before I could use them.

As it turns out, I actually wanted to know more about these pretty stones that supposedly have the power to change our lives in major ways. To most people, they are nothing more than a silly superstition, but Matt Haig's brilliant book How to Stop Time gave me this retort: "Every man takes the limits of his own field of vision for the limits of the world." This is a quote from Schopenhauer, whose premise is that things can seem crazy until they are proven otherwise. Haig takes the Earth for example: a handful of centuries ago, people would laugh in your face if you suggested our planet was spherical and not flat, so why couldn't the same be true of crystals? To explore my theory, I did what anyone would do: I undertook a frantic Google search to find out why healing crystals hold such a strong pull.

The first thing I found was that using stones for healing has been largely dismissed as a pseudoscientific practice that sprung out of thin air in the 1960s and '70s. But like most beliefs in the New Age and hippie movements, it actually has a rich history that spans thousands of years, with roots in ancient Chinese, Hindu, and Buddhist concepts — which already makes it a lot harder to brush off as a bunch of nonsense. This also makes me feel a responsibility to study and respect the practice, taking care not to misappropriate it.

For the uninitiated, the term "healing crystals" refers to a variety of semiprecious gemstones that many cultures have believed hold the power to cure ailments of the mind and body. In today's fast-paced, anxiety-driven, and politically uncertain world, their resurgence — alongside yoga, meditation, and overall mindfulness — only makes sense. Each crystal is meant to have a unique energy: amethyst, for example, serves to balance our emotions, while moonstone is said to have calming properties. These stones can be used in a range of different ways, in a handbag to carry their energies with us, as a meditation aid, in formations for good feng shui in our homes. In a perhaps more grounded way, worry stones can be used simply to play around with when we feel stressed or anxious — a spiritual fidget spinner, if you will.

Scientifically, the only thing we know so far is that crystals have a placebo effect, which is heightened for people who believe in their powers to begin with. If crystals work as a placebo, even if it's less glamorous than their having actual magical powers, it means the end result is the same: the user will feel calmer, more focussed, more empathetic, and experience the effects they turned to the crystals for in the first place.

Using crystals as an aid to meditation and carrying them around with me has absolutely made me feel more anchored, less stressed, and higher-achieving — so what if I'm imagining things? If nothing else, crystals give me something to do with my hands that doesn't involve swiping or double-tapping, which is a pretty big feat in 2018. And they look damn good on a chest of drawers.