There's no denying that planning your wedding is a big, exciting ordeal. First, there's the engagement — which is awesome — usually followed by months and months of looking at venues, dresses, flowers, you name it. And while the entire process has definitely been memorable for me so far, there's one aspect of being engaged that's beginning to grind my gears: constantly being asked how my shredding for the wedding is going. 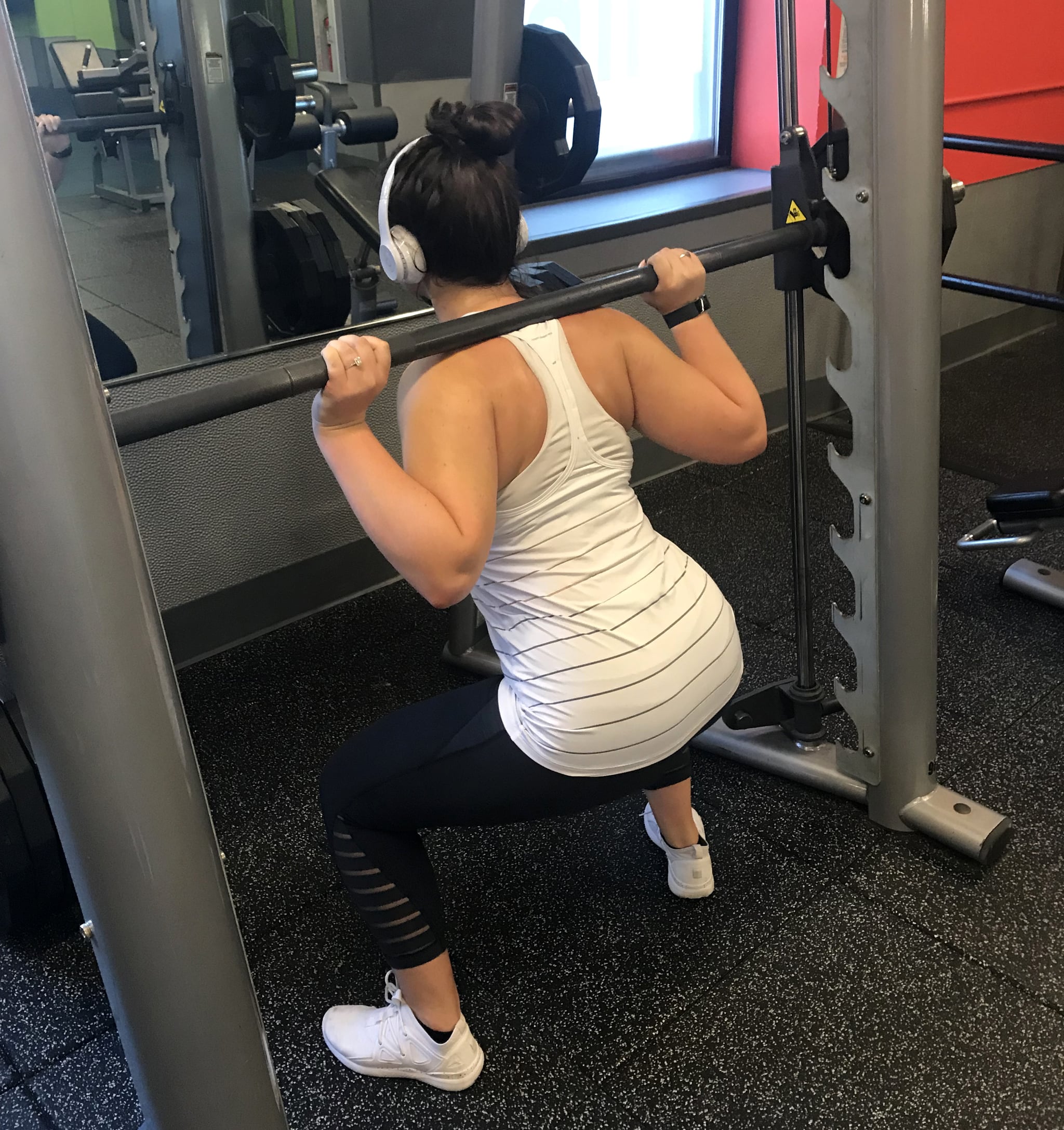 On one hand, I get it. About a year after I got engaged, I started to take fitness — and my overall health — way more f*cking seriously. Why? Because my 25th year of life definitely wasn't my healthiest, and as a former college athlete, that didn't sit well with me. I don't really have a reason for why I lost sight of my fitness goals — I was somehow still under the impression that I could eat whatever I wanted without working out consistently. Boy, was I wrong.

Related:
I Drunkenly Agreed to Try Barre Class, and Frankly Its the Best Decision I Ever Made

Then came the string of empty truths.

I promised myself I would commit to the gym five or six days a week in September, and then again on Jan. 1, and then again in March — my excuses always outweighed my drive. I would go on a three-mile run a few times a week, do some crunches, and call it day. But that just wasn't cutting it.

I was too busy. It was too cold. I didn't feel like it. I thought I deserved that second glass of wine after a long week.

But right before I turned 26 in June, I'll admit I had a bit of a midlife crisis. For some inexplicable — and completely irrational — reason, I felt like there was this humongous difference between the ages and 25 and 26. I suddenly had the overwhelming feeling I was falling behind on the long-term goals I had set out for myself and that I was treading water.

I wasn't waking up at 5 a.m. just so I could look good in a few pictures nine months from now. It was bigger than that.

Combined with the task of planning a wedding, I knew I needed to get more organised ASAP. And as someone who always found solace in exercise, the gym seemed like a good enough place to start. The real challenge? Staying consistent.

After sucking it up and committing to the gym five or six days a week, hiring a personal trainer, and living off chicken and veggies for most of my meals, my body slowly started to change. My mood, however, changed faster. I kissed my anxiety buh-bye (for the most part), started sleeping better, and had more energy a week or two after I started getting serious about weightlifting.

I'm not going to lie . . . it was also nice to get the occasional compliment from one of my aunts or a college friend who I hadn't seen in a while — I was still far from rail thin — but I felt a heck of a lot stronger. But what bothered me was always the inevitable follow-up remark about how great it was that I was "sweating for the wedding."

While I completely understand that the timing of it all seems suspicious and that many other couples tend to pump iron a little bit more before their big day, I wasn't waking up at 5 a.m. just so I could look good in a few pictures nine months from now. It was bigger than that.

I firmly believe that working out and eating well is a lifestyle, and while hitting the weight room religiously for nine months straight is great, it won't do me much good if I stop going the day after I get married.

Related:
The 6-Month Wedding Workout Plan That'll Put You in Great Shape For the Big Day

My fiancé has started joining me at the gym. It's truly something we enjoy doing together. And there are loads of benefits to being in shape. (He's definitely not complaining!) First and foremost, I work out for my own sanity and well-being. It makes me a better partner.

The bottom line? The added perks of working out are great, and I'm looking forward to feeling my best on the day of the wedding. But to assume a woman is simply "shredding" or "sweating" for the sake of one day is pretty crazy, if you really think about it. So the next time it comes up in convo, give the bride-to-be the benefit of the doubt — it's not always about squeezing into a smaller dress size!