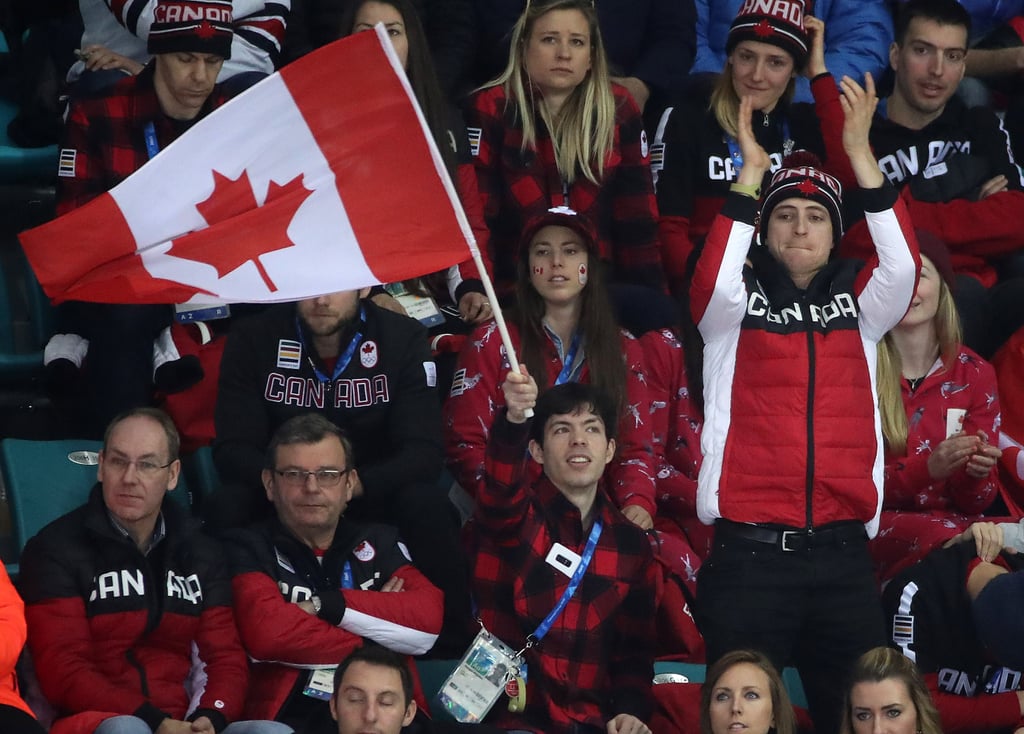 Scott Moir is undeniably Team Canada's women's hockey team's biggest fan! The gold medal-winning ice dancer was seen (and heard) at the team's final game versus Team USA in Pyeongchang, South Korea, on Thursday. And boy, did he make a ruckus. Decked head to toe in patriotic apparel, with a beer in one hand and a Canadian flag in the other, Scott was the rowdiest fan at the game.

Not only did he yell at the referees, but he handed out beer to the audience like a true superfan. While his country did not win the game and ended up taking home the silver medal, Scott clearly deserved gold for his antics. After years of wowing the crowd with his impressive skills, Scott saw things from the other side of the ice, and the internet couldn't get enough of it.

With fans asking for a camera on him for the rest of the game as a "second viewing option" and others just calling him a hero, only one question remains: "Has Scott Moir rallied a country more as an ice dance gold medalist or as a beer-drinking hockey fan who wants some justice from the refs?" Read on to see some of the best reactions (including Tessa Virtue's) and see him in action.