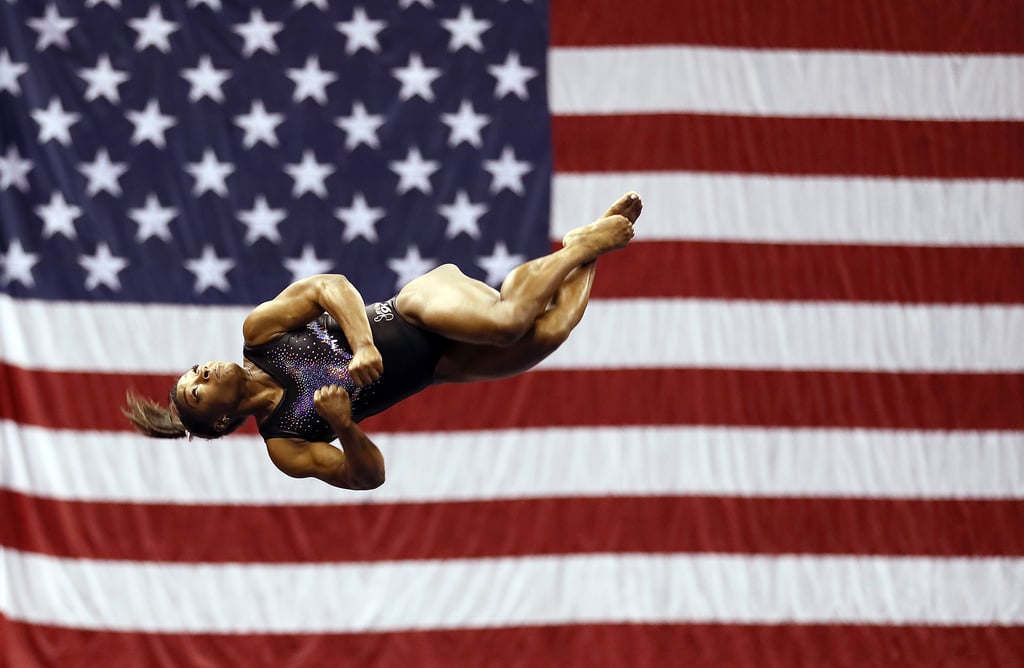 Simone Biles Wins Her 6th National All-Around Title: "Someone Give This Girl a Crown"

In spectacular news that we saw coming, the GOAT just made history again. Simone Biles won the 2019 US Gymnastics Championships in Kansas City, MO, with a two-night total of 118.500 (she led after the first night on Aug. 9 with a 58.650). This victory marked her sixth US all-around title, which is the first time a woman has done that in more than half a century. Simone has tied a record with Clara Schroth Lomady, who, according to USA Gymnastics, won the national all-around from 1945 to 1946 and 1949 to 1952. Simone's national all-around titles were claimed from 2013 to 2016, 2018, and then this weekend.

Simone made more history at the US Gymnastics Championships — and we'd expect nothing less! — by doing a never-before-competed double-twisting double dismount off beam. That's two flips and two twists off of a four-inch piece of equipment. She also was the first woman to compete a triple double on floor, a tumbling pass that we saw her warm up before the GK US Classic last month.

Simone attempted that triple double in her floor routine during the first night of competition but faltered and put her hands down (this counted as a fall). On Aug. 11, the second night of the US Gymnastics Championships, she landed the skill without any issue and with a smile on her face, later telling NBC's Andrea Joyce that she was relieved to have not missed the skill like she did in night one. Commentator and Olympic gold medalist Nastia Liukin said it best after that floor routine: "Simone's got enough gold medals at home. Someone give this girl a crown."

When asked what this sixth national all-around win means to her, Simone said post-competition, "I feel like each one gets better and better . . . it keeps getting more exciting." Ahead, check out Simone's record-making moves on floor and beam. She soars through the air like she was born to fly!

Related:
Simone Biles Is the GOAT in Gymnastics — Watch Her Floor Routines Through the Years
0
previous images
-28
more images
Previous Next Start Slideshow
Black WomenSimone BilesGymnasticsWorkouts
Around The Web

cardio strength workouts
Yes, Your Pilates Workout Can Counts as Cardio — Here’s How
by Lauren Pardee 1 day ago 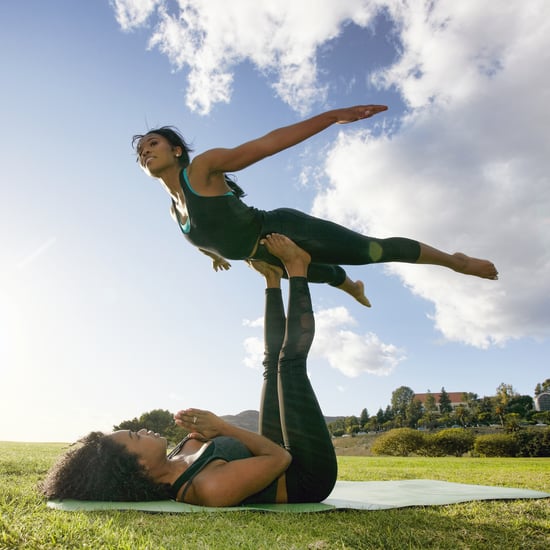 Fitness Tips
Everything You Need to Know About AcroYoga and Why It's So Fun, According to a Pro
by Lauren Pardee 2 days ago

Puppies
Kaia Gerber Crushed This Ab and Butt Workout With a Tiny Puppy, Because Who Needs Weights?
by Maggie Ryan 2 days ago