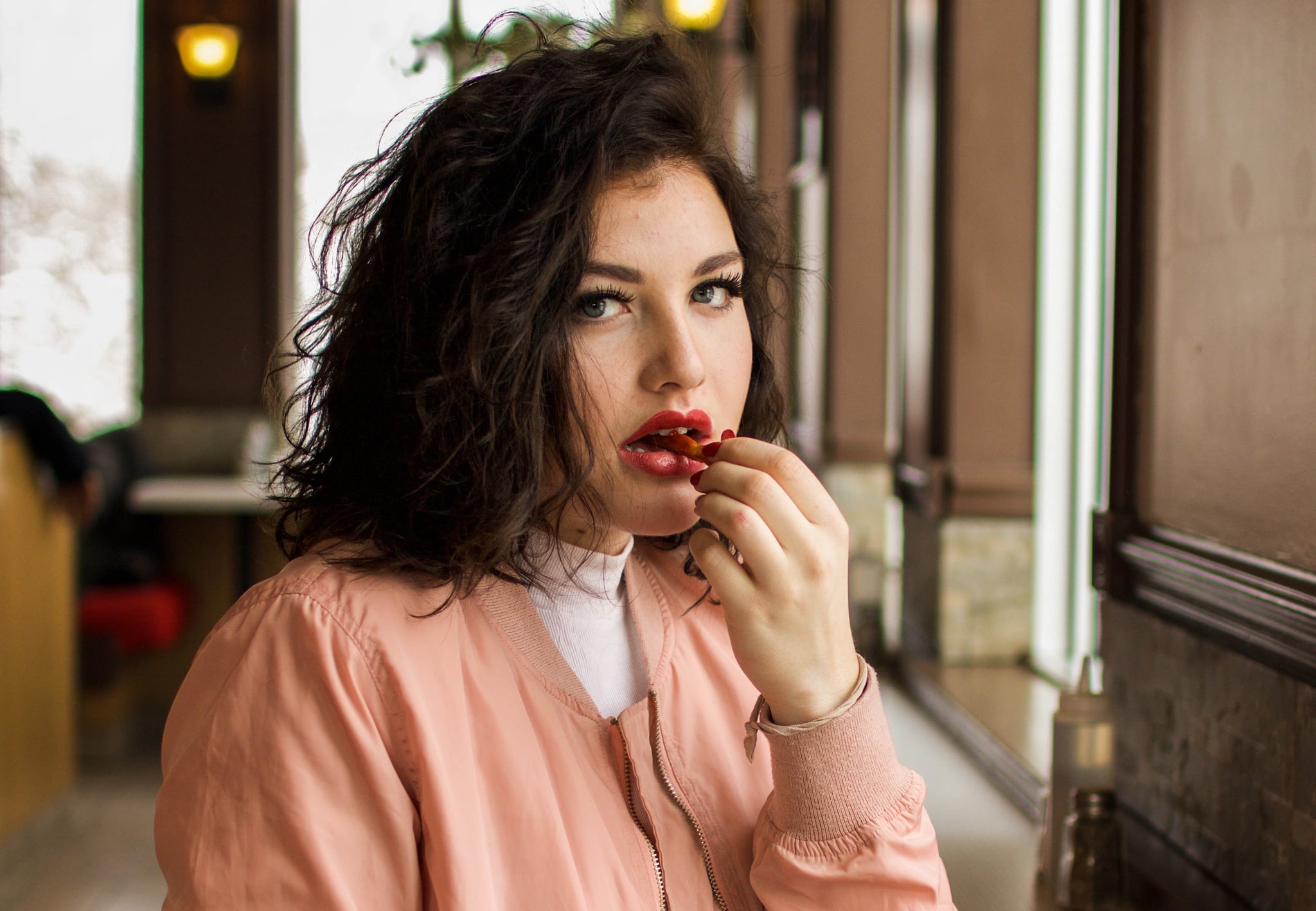 If you've ever been on the receiving end of someone's "hanger," or hunger-induced anger, you know that it's a real thing. I, for one, experience a complete Jekyll/Hyde situation, and my poor boyfriend has had to learn not to even look at me until food is in my mouth the hard way. (Love you.) But now, science has an actual explanation to why some of us get "hangry."

Jennifer MacCormack, MA, a doctoral student in the department of psychology and neuroscience at the University of North Carolina at Chapel Hill, and a team of researchers dove deeper into how personality and environmental cues affect our response to hunger. They conducted two online experiments that included more than 400 participants across the US. And according to their findings, which were published in the journal Emotion, context and self-awareness are two key factors that determine whether hunger will make someone upset.

But being hungry doesn't automatically turn you into a monster. It typically depends on who you're with and where you are at the time. During the experiments, participants were shown an image that was supposed to induce a positive, neutral, or negative feeling. Upon seeing the image, they were then asked to rate it on a seven-point scale (from pleasant to unpleasant) and report how hungry they felt. Turns out, the hungrier people were, the more likely they were to rate an ambiguous image as negative after first being shown a negative one.

Related:
So You've Eaten, You're Full, but You're Still Mentally "Hungry" — Now What?

In addition to environmental factors, a person's level of hanger also depends on if they're aware that their negative emotions are being caused by hunger. In another lab experiment, 200 university students were instructed to either eat beforehand or fast. Next, they completed a writing exercise that focussed on their emotions before completing an exercise on the computer that was designed to crash before they were able to finish. Results found that hungry participants who were not focussed on their emotions reported more negative feelings than those who were.

"Our bodies play a powerful role in shaping our moment-to-moment experiences, perceptions, and behaviours — whether we are hungry versus full, tired versus rested, or sick versus healthy," MacCormack said. "This means that it's important to take care of our bodies; to pay attention to those bodily signals and not discount them, because they matter not just for our long-term mental health, but also for the day-to-day quality of our psychological experiences, social relationships, and work performance."