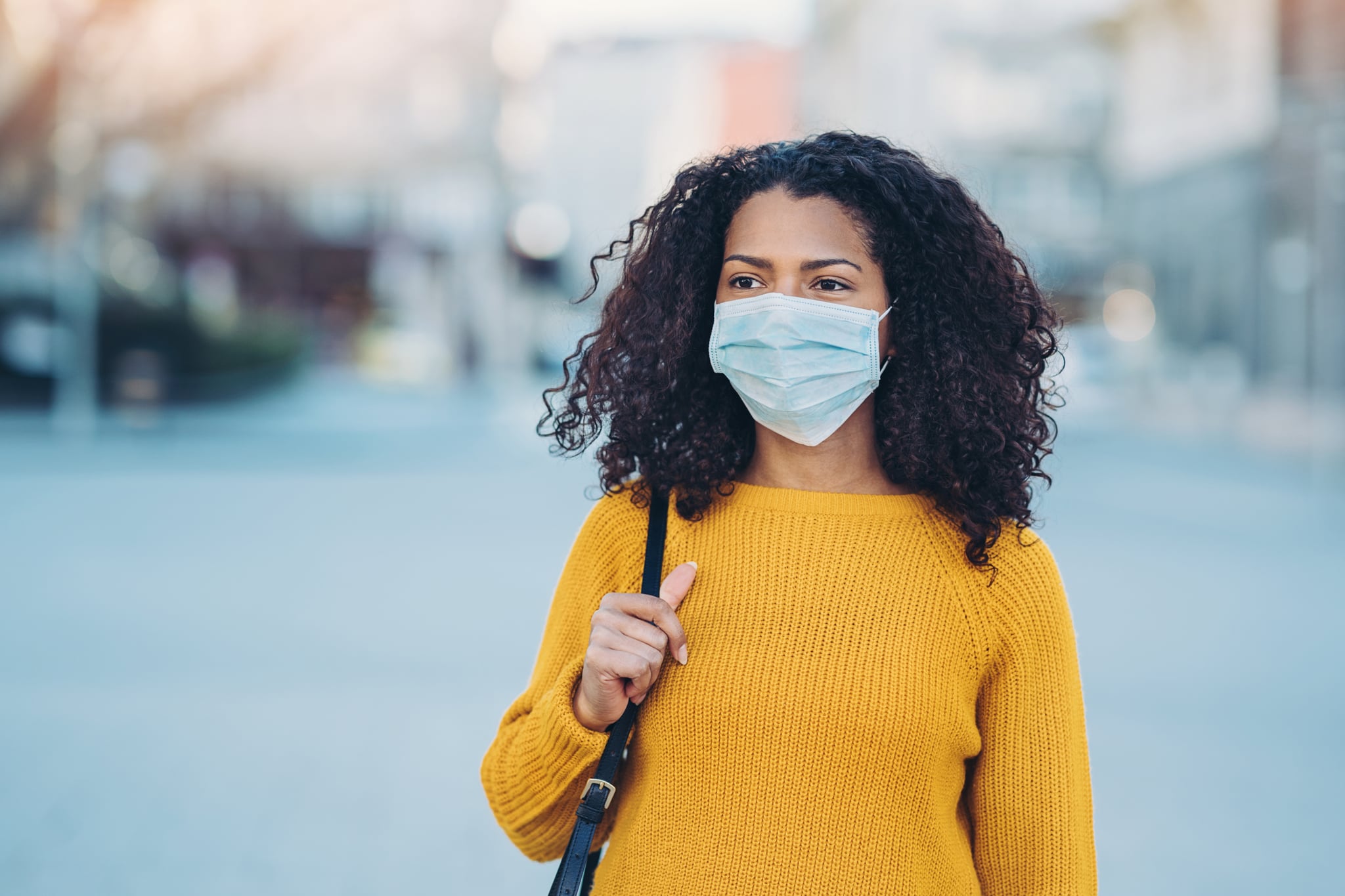 You've just learned that you were exposed to someone with COVID-19, and now you too may have the virus in your system. Some questions you might have out of the gate: at what point during the incubation period do you become contagious, if you happen to be infected — and how should that dictate what you do next?

"If you are exposed to someone who has COVID-19, it is important to [quarantine] yourself from others right away for 14 days," Michael Richardson, MD, a medical director at One Medical, who's based out of Boston, told POPSUGAR. That means staying at home, avoiding contact with anyone outside your household, and wearing a mask if you do need to go out. "This is because you could start to develop symptoms within two to 14 days after exposure, and can still be contagious before you even develop symptoms," Dr. Richardson said.

This, of course, depends on the type of exposure. "Assuming that it's a 'true' exposure, and there is transmission and infection, you are likely most contagious early in the illness when you are starting to get symptoms," Sandra Kesh, MD, deputy medical director and infectious disease specialist at Westmed Medical Group in Purchase, NY, told POPSUGAR. What does true exposure mean? Contact within two metres of an infected person for at least 15 minutes.

It's difficult to pin down exactly when you would become contagious, but experts have a general sense of the timeline. "There are usually a couple days between exposure and infectiousness," Dr. Kesh explained. "People rarely get symptoms directly after exposure; generally, there is a five to seven day incubation period, and after that is when you need to worry about contagiousness." She continued: "Transmission from exposure as early as two days is rare; however, after two or more days, the risk goes up."

This aligns with the US's Centers For Disease Control's guidance, which puts the incubation period at two to 14 days after exposure, though the agency notes that "the onset and duration of viral shedding and the period of infectiousness for COVID-19 are not yet known." Here in the UK, however, the NHS has updated its original guidance, changing the the self-isolation period for people in contact with someone who has coronavirus from 14 days down to 10. "After reviewing the evidence, we are now confident that we can reduce the number of days that contacts self-isolate from 14 days to 10," the UK's four chief medical officers said in a statement. The new recommendation was based on "a continuous accumulation of evidence through the pandemic", deputy chief medical officer for England, Dr Jenny Harries told the BBC, adding that the "tail end" of an infection was the period someone was least likely to transmit infection.

Because it's not entirely clear how long you may be contagious, however, if you do develop symptoms in that 14-day period, it's important that you remain in isolation until you've been without a fever for at least 72 hours, your other symptoms have improved, and it's been at least seven days since you began feeling sick.

Related:
The Fever That's So Common With COVID-19 Tends to Linger — Here's What You Can Expect

Should You Begin Contact Tracing, Even If You Haven't Developed Symptoms?

"Once you know you have been exposed, you should make anyone you had contact with after the time of exposure aware," Dr. Kesh said. "You don't need to let them know if you saw the person the day after an exposure, but after that point, I think it's safest to let other people you have had contact with know you were exposed." If nothing else, it helps them assess their own risk.

More importantly, if you do develop symptoms — and especially if you test positive for COVID-19 — it's important to take action on contact tracing. "If you become ill with COVID-19, you should notify anyone with close contact to you — less than two metres away for more than 15 minutes — that they should quarantine for 14 days, get tested, and wear a mask to prevent possible transmission to others," David Cutler, MD, family medicine physician at Providence Saint John's Health Center in Santa Monica, CA, told POPSUGAR. It's the only way to curb the spread.

Keep in mind: the quarantine period is in place because "the average time for someone to develop symptoms typically falls within 14 days after exposure," Dr. Richardson explained. "If you don't develop symptoms, you are likely in the clear." Just remember to continue taking precautions to reduce your risk of being exposed again.