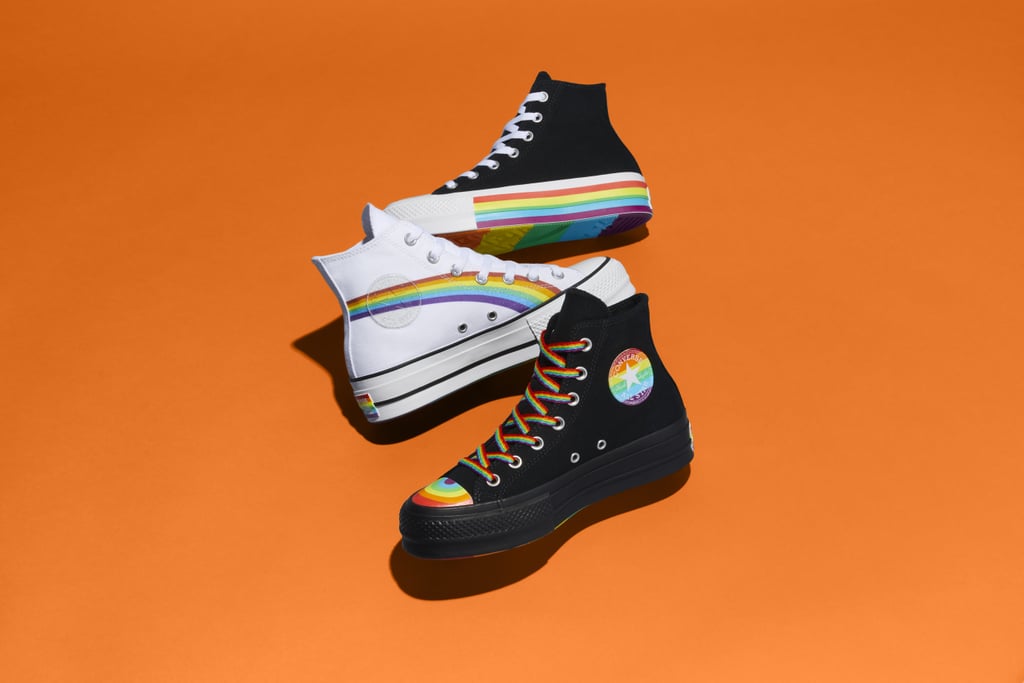 Nike has released a BeTrue Collection to celebrate Pride Month every year since 2012 — and 2020 is no exception. This year, the collection includes an array of colourful sneakers such as the Nike Air Force 1 and the Nike Air Max 2090 (plus a sandal, the Nike Air Deschutz). What's special about the Air Force 1 is that it features a heel mark of 10 colours that, according to a press release, was inspired by the More Colour, More Pride flag originating in Philadelphia.

The More Colour, More Pride flag added black and brown stripes in order to recognise people of colour in the LGBTQ+ community. It was first popularized in 2017 by civil rights activist Amber Hikes (pictured above), and the campaign was developed by local ad agency Tierney.

Nike is donating $500,000 to 20 LGBTQ+ organisations through grants of $25,000 administered by the Charities Aid Foundation of America. These causes include Athlete Ally, which aims to eliminate homophobia and transphobia in the sporting world; inclusivity educational organisation LGBT SportSafe; and the Gilbert Baker Foundation, whose mission is to protect Baker's legacy as the designer of the original rainbow Pride flag. Read more about Nike's Pride efforts here.

Converse, owned by Nike, is launching its fifth Converse Pride Collection with sneakers also inspired by the More Colour, More Pride flag. Design options are influenced by the individual bisexual, pansexual, nonbinary, and transgender flags as well. The collection will benefit organisations focussed on aiding LGBTQ+ youth: It Gets Better Project, Ali Forney Centre, BAGLY, and OUT MetroWest.

Both collections also include apparel celebrating Pride. Ready yourselves! The Converse Pride Collection launched globally on May 29, and you can find it on converse.com. Then, the Nike BeTrue Collection will launch globally on June 19 via nike.com and in select stores. Ahead, check out sneak peeks and some links to a few of our favourite products from Converse's collection, available now.