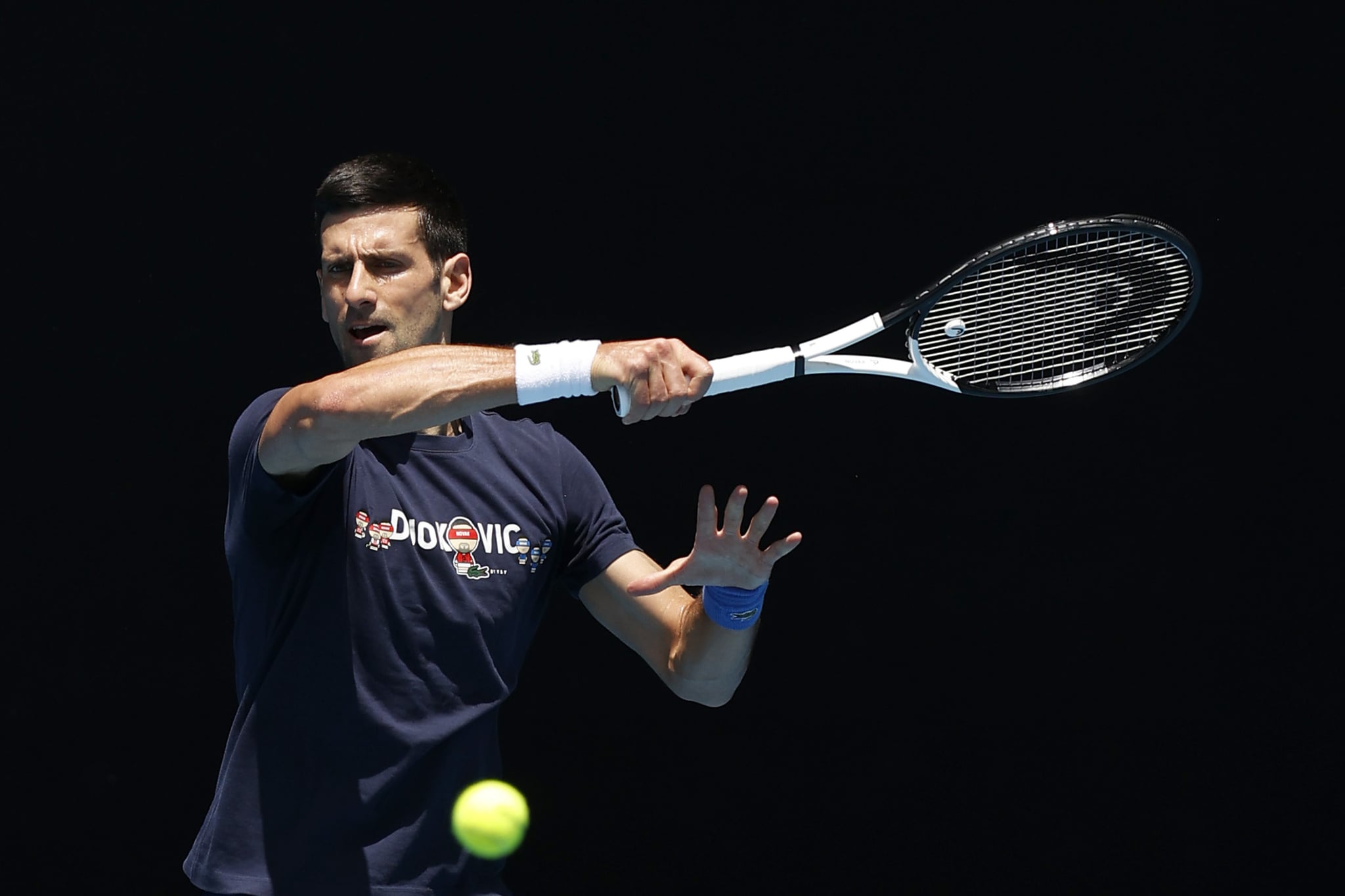 The 2022 Australian Open begins on Jan. 17, and Novak Djokovic, granted a medical exemption to forgo the COVID-19 vaccine requirement, is gearing up to defend last year's title. And while the Australian government may deport him following a complicated saga over his visa, more controversy arose when the world found out he had tested positive for COVID in mid-December and went to public events around the same time. In a new statement, Djokovic set the record straight about when he actually found out he was positive for COVID, but by doing so, he also admitted that he'd gone to an interview after learning that he was COVID positive — and he admitted to being unmasked during the accompanying photoshoot.

"I want to address the continuing misinformation about my activities and attendance at events in December in the lead up to my positive PCR COVID test results," Djokovic posted in a statement on Instagram. "This is misinformation which needs to be corrected, particularly in the interest of alleviating broader concern in the community about my presence in Australia, and to address matters which are very hurtful and concerning to my family."

Here's what Djokovic revealed about his test results and event attendance:

Djokovic wrote, "I felt obliged to go ahead and conduct the L'Equipe interview as I didn't want to let the journalist down, but did ensure I socially distanced and wore a mask except when my photograph was being taken. While I went home after the interview to isolate for the required period, on reflection, this was an error of judgement and I accept that I should have rescheduled this commitment."

According to a CNN translation of a L'Equipe article, the photographer, Etienne Garnier, and journalist, Franck Ramella, involved in the photoshoot and interview were not told Djokovic was positive for COVID before, during, or after their time with him. The L'Equipe piece states that Ramella has since tested negative for COVID; however, it doesn't mention any updates on Garnier.

Garnier and Ramella wrote for the newspaper: "We were being safe, facing each other at a distance of nearly one meter, sitting on opposite sides of a long rectangular table. When Etienne asked him to remove his mask for five minutes during the interview, Djokovic refused. . . . Then the photo session took place. Obviously, the Serbian champion removed his mask. We did not want him to pose with his face half-covered."

Djokovic's statement also addresses an administrative error that his team made when filling out his visa application. Essentially, they indicated that the world No. 1 men's tennis player had not travelled internationally in the 14 days ahead of his arrival to Australia when he in fact did, The New York Times reports. The Instagram ahead includes Djokovic's full statement issued on Jan. 12. According to the Associated Press, Djokovic released this statement during a practice session on the Australian Open's main court.