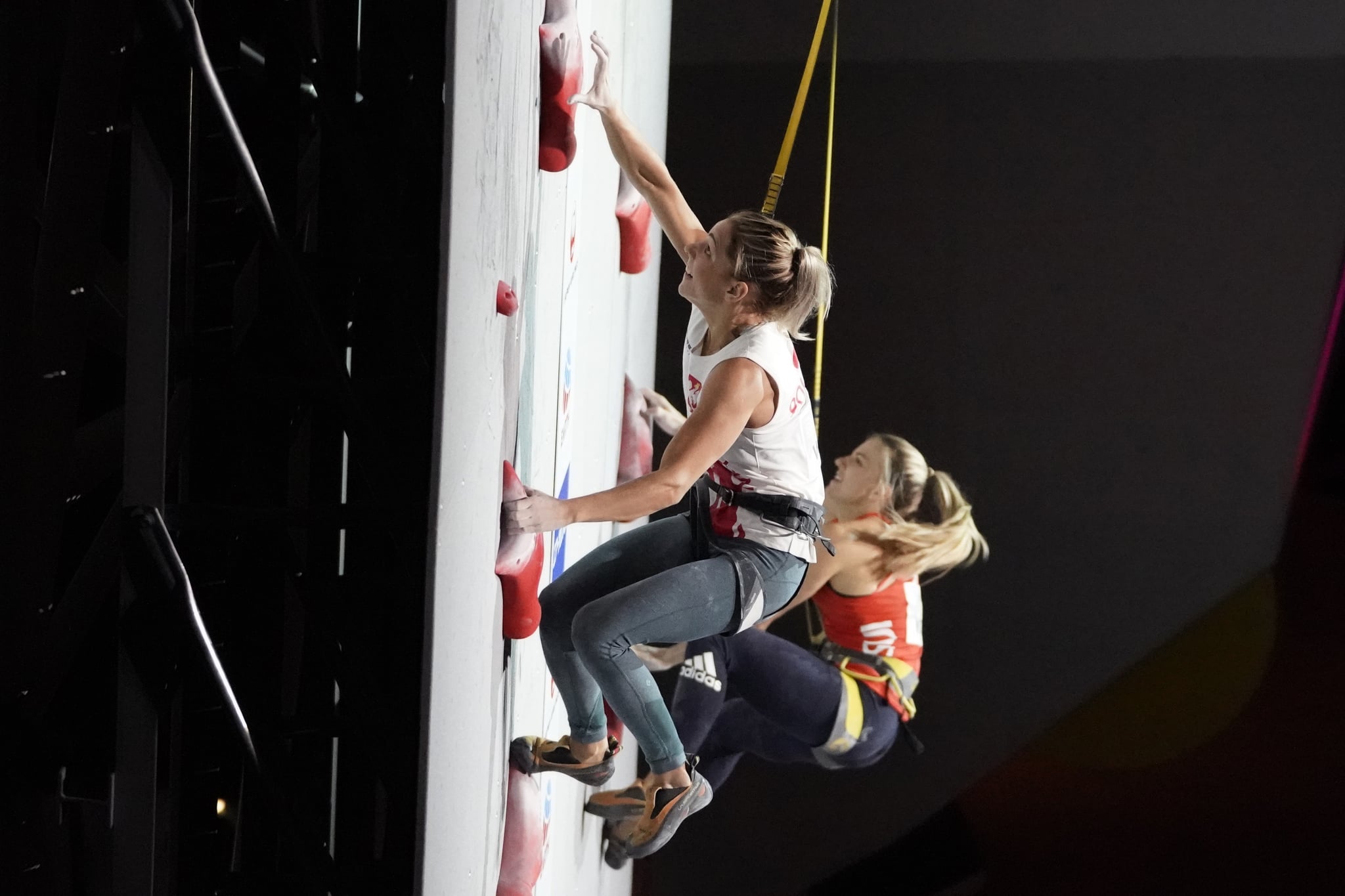 Sport climbing is one of the new sports being introduced at the postponed 2020 Summer Olympics in Tokyo — now scheduled for 2021 — and it's also probably a sport you haven't heard much about before. Ahead of the opening ceremonies, here's a quick primer on this new Olympic sport.

What Is Sport Climbing?

Sport climbing is a particular type of rock climbing that typically involves the placement of permanent anchors and a rope attached to the climber to prevent falling. A series of bolts are preplaced in a line along a climbing route up the rock face, and a climber is able to use these bolts and the climbing rope to protect themselves from the consequences of a fall. This is the main difference between sport climbing and traditional climbing, which largely relies on removable protection devices rather than permanently placed anchors.

Since the safety of the climb is mostly ensured by the bolt and rope setup, sport climbing focuses more on the speed and difficulty of the climbing maneuvers themselves. There are three disciplines in sport climbing, all of which will be competed in 2021 at the Olympics: lead climbing, speed climbing, and bouldering. Lead climbing involves teamwork between climbers: one ascends first and places the protective equipment, while the other (the "belayer") holds and stops the rope while the lead climber works. Speed climbing is exactly what it sounds like: competitive climbing in which the speed of the climb determines the winner. Finally, bouldering is a form of climbing without a harness on short walls or rock formations. At the Olympics, climbers will have to compete in all three disciplines.

How Are Olympic Winners Decided?

Although many sport climbers specialise in one discipline or another, the Olympic competition will be a cumulative event, requiring athletes to compete in all three segments for an overall placement. "At the Games, each climber will compete in all three disciplines, and the final rankings will be determined by multiplying the placement in each discipline, with the athletes achieving the lowest scores winning medals," the official page for sport climbing at the Olympics states.

The sport's Olympic page also describes exactly how each segment will be set up for the Olympics. "Speed climbing pits two climbers against each other, both climbing a route on a 15m wall. In Bouldering, athletes scale a number of fixed routes on a 4.5m wall in a specified time. In Lead, athletes attempt to climb as high as possible on a wall measuring over 15m in height within a specified time." A formula will then be applied to determine the overall medalists; there is no recognition for achievement in the individual disciplines.

Why There's Some Controversy Surrounding the Olympic Format

The inclusion of sport climbing in the Olympics has come with some conflict. Rather than separating out the three distinct disciplines into their own events, the way that other sports with specialities often do, the International Olympic Committee chose to have a single climbing "all-around" event, which requires climbers to compete in all three disciplines. As it turns out, that's been a controversial decision in the climbing community. Climbing magazine, for instance, described the format as "forcing marathon runners to compete in a 100-meter dash and vice-versa." The inclusion of sport climbing at the Olympics will definitely put it in front of more eyes, so it will be interesting to see if there's any long-term effects on the sport from this new competitive format!