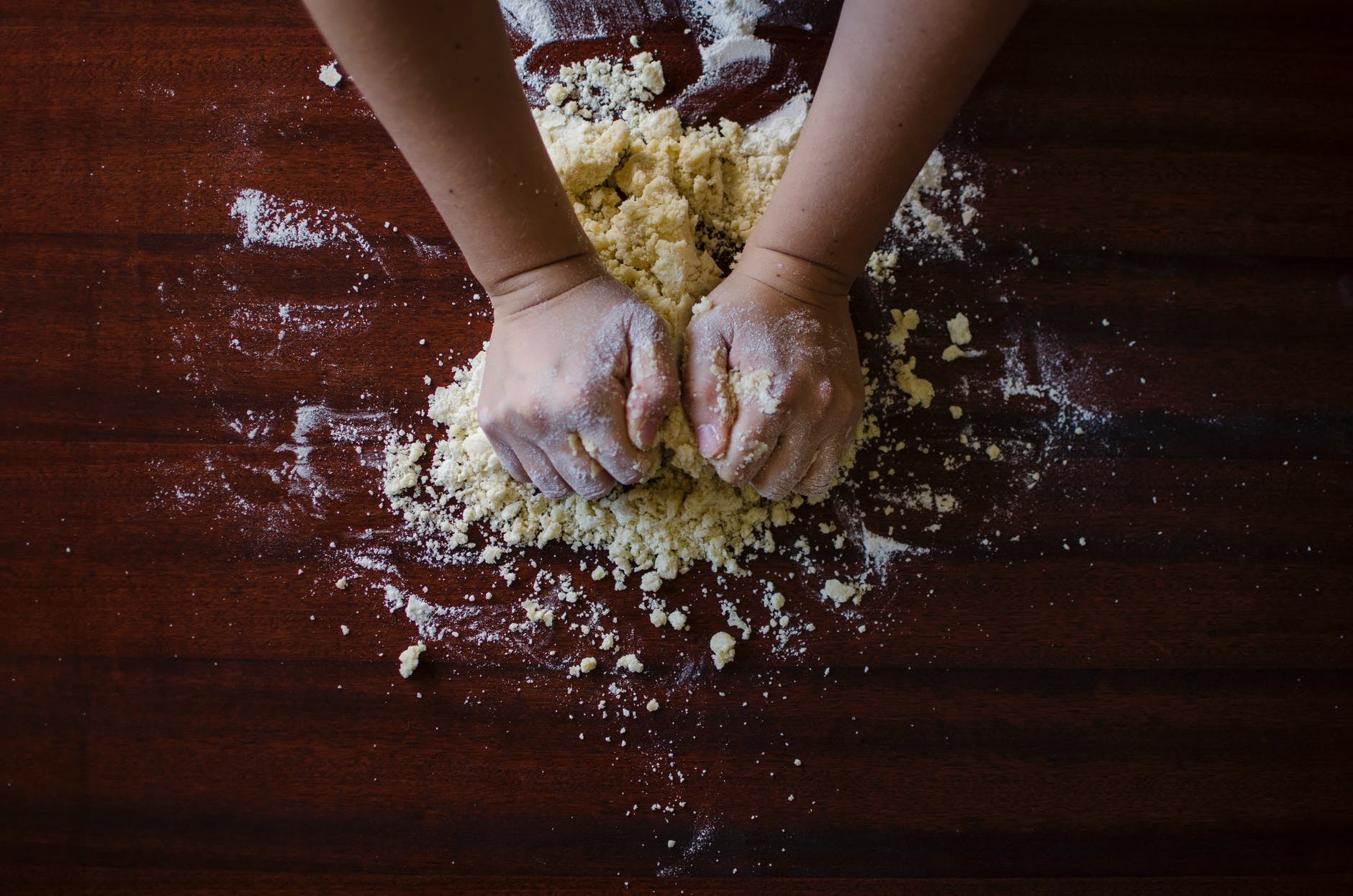 If you've been baking more than usual lately, you're not alone. Many times a tempting new recipe will call for all-purpose flour or even a unique flour that you'll only use once, like bread or cake flour. You might not want to venture out for just one ingredient, and if you do, there's a chance you might not find it at the store. Thankfully, there are lots of flour substitutes that can work, as long as you have a few pantry staples on hand.

When discussing flour substitutes, it's important to understand a key factor: protein content. When mixed with water, the protein found in wheat flour forms gluten, and gluten is what gives bread its delicious chewy texture. Different flours have different protein contents, which lend them to different purposes in baking. Flours with more protein, such as bread flour, create more gluten, which provides a strong, dense structure. Flours with less protein, such as cake and pastry flour, create less gluten, which leads to a lighter, fluffier final product. Thankfully, while the science behind it can be complicated, the swaps for these flours are simple.

Bread Flour
Luckily for all of the new sourdough enthusiasts out there, bread flour has the easiest substitution: you can replace it 1:1 with regular all-purpose flour. Bread flour has a higher protein content than all-purpose flour, so your baguette may be a little less chewy, but it will still turn out fine, plus save you a trip to the store. Here's a few great bread recipes you can try at home.

Cake Flour
Is there ever a bad time for cake? Cake flour has less gluten than all-purpose flour, and it makes for the lightest, fluffiest cakes. To substitute for one cup of cake flour, fill a one-cup measuring cup with all-purpose flour, then remove two tablespoons. Replace those two tablespoons with cornflour, and sift together until mixed throughout. You can use cake flour to make things like Magnolia Bakery's famous vanilla cupcake!

Pastry Flour
Pastry flour is similar to cake flour, but called for less often. With more protein than cake flour but less than all-purpose flour, it's great for breads, muffins, and cookies. Because it's so similar to cake flour, it has a similar swap. To substitute for one cup of pastry flour, fill a one-cup measuring cup with all-purpose flour, then remove one tablespoon, replace it with cornflour, and sift well.

Self-Rising Flour
Self-rising flour is a staple in many Southern recipes. It's essentially all-purpose flour with the baking powder already added (hence the name), which means it's easy to substitute. To make one cup of self-rising flour, combine one cup of all-purpose flour with 1 and 1/2 teaspoons baking powder and 1/4 teaspoon salt. You can use it to make things like the Magnolia Cupcakes mentioned above, or this super simple pizza dough.

As healthy baking and gluten-free diets gain popularity, so does the use of many alternative flours, such as oat, almond, rice, chickpea, coconut, and more. Some of these flours, like oat and rice flour, can be made easily from ingredients that you likely already have on hand. Others, like coconut and chickpea flour, require ingredients that you're less likely to keep handy like coconut pulp and dried chickpeas, so I'd recommend buying them at the store. Most of these flours aren't great substitutes for all-purpose flour, but they're commonly found in baking recipes with a healthy twist, so it's good to have a substitute in your back pocket.

Almond Flour
The important thing to remember about almond flour is that it's made from blanched, or peeled, almonds, rather than raw unpeeled almonds. If you try to use unpeeled almonds for this recipe, you'll end up with almond meal. In a pinch, you can use almond meal and almond flour interchangeably, but almond flour has a lighter texture and colour, so if you're aiming for a cake-like consistency with a milder almond flavour, almond flour is the way to go. To make one cup of almond flour, add one cup of blanched almonds (either slivered or whole) to a high-speed blender or food processor, and pulse until finely ground. It's best to run your blender for 10-15 seconds at a time - blend too long and you'll end up with almond butter!

Oat Flour
Oat flour is easy to make at home, and its only ingredient is probably hiding in the back of your pantry. To make one cup of oat flour, blend 1 and 1/4 cups of old-fashioned rolled oats in a high-speed blender or food processor. Make sure that you're using gluten-free oats if necessary. Blend for 2-3 minutes, stopping to scrape down the sides, until you have very finely ground oats. (The total yield may vary slightly, based on the type of oats and blender that you're using.) Oat flour isn't a great substitute for all-purpose flour due to its low gluten content, so to bake with it, it's best to use oat-flour-specific recipes, like these high-protein banana nut muffins.

Rice Flour
Making rice flour at home is a great option for those with gluten sensitivity or Celiac, as you can control cross-contamination. To make about 1 and 1/4 cup of rice flour, add one cup of rice to a high-speed blender or food processor, and blend on high speed until you reach a flour-like consistency, scraping down the sides if needed. The process is the same for brown and white rice, so use whichever your recipe calls for. Making your own rice flour is great in a pinch, but if you commonly bake with rice flour, it's best to buy it at a grocery store, since the hard rice grains can wear down your blender. While rice flour is a great gluten-free option, its lack of gluten means it can't replace all-purpose flour without the addition of a thickening ingredient like cornflour, tapioca starch, tapioca flour, potato starch, or xanthan gum.

Almonds, oatmeal, and rice all contain natural oils that start to break down once you've ground them into flour, so it's best to grind these types of flour on-demand. You can also store these (always in an airtight container) in the pantry for one month, refrigerator for up to three months, or freezer for up to a year. It's best not to thaw and refreeze the entire batch, so when you're ready to bake, only remove the amount that you need and thaw before using.

Now that you're a flour substitute pro, let's get baking!

TikTok
This Self-Taught Baker Makes the Cutest Cakes on TikTok, and We Could Watch Him All Day Long
by Emily Weaver 24/2 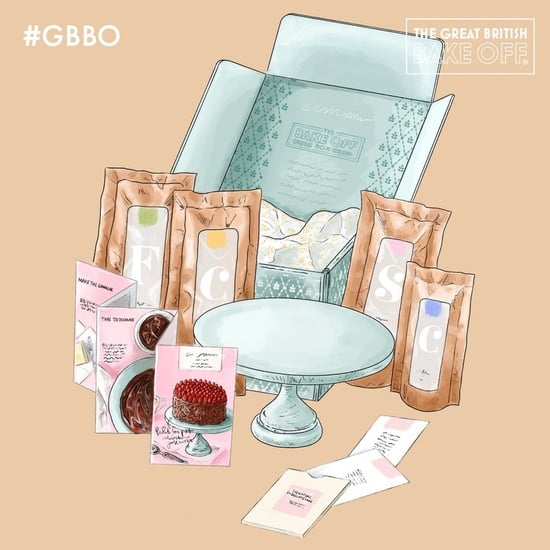 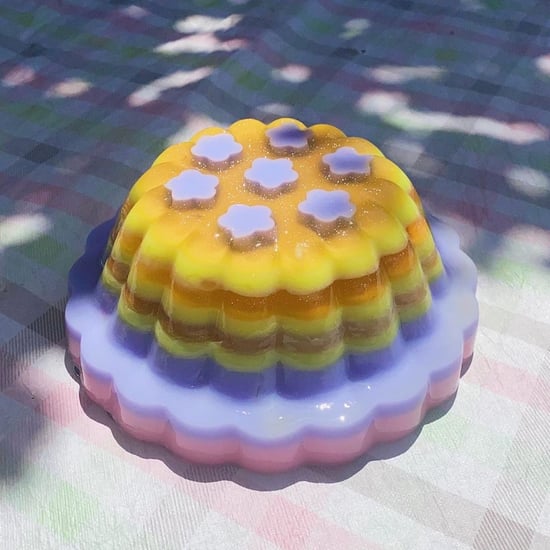 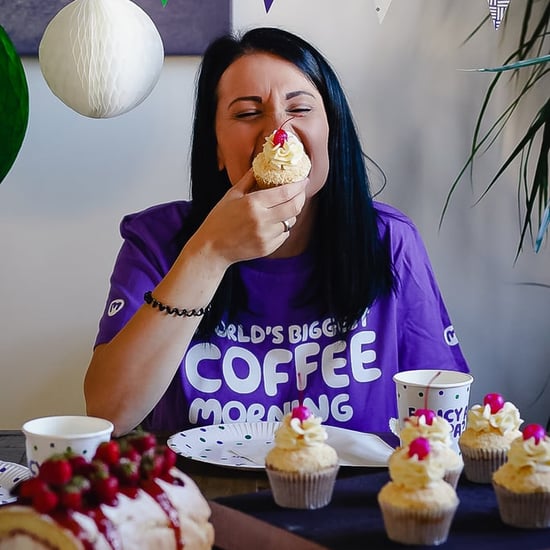