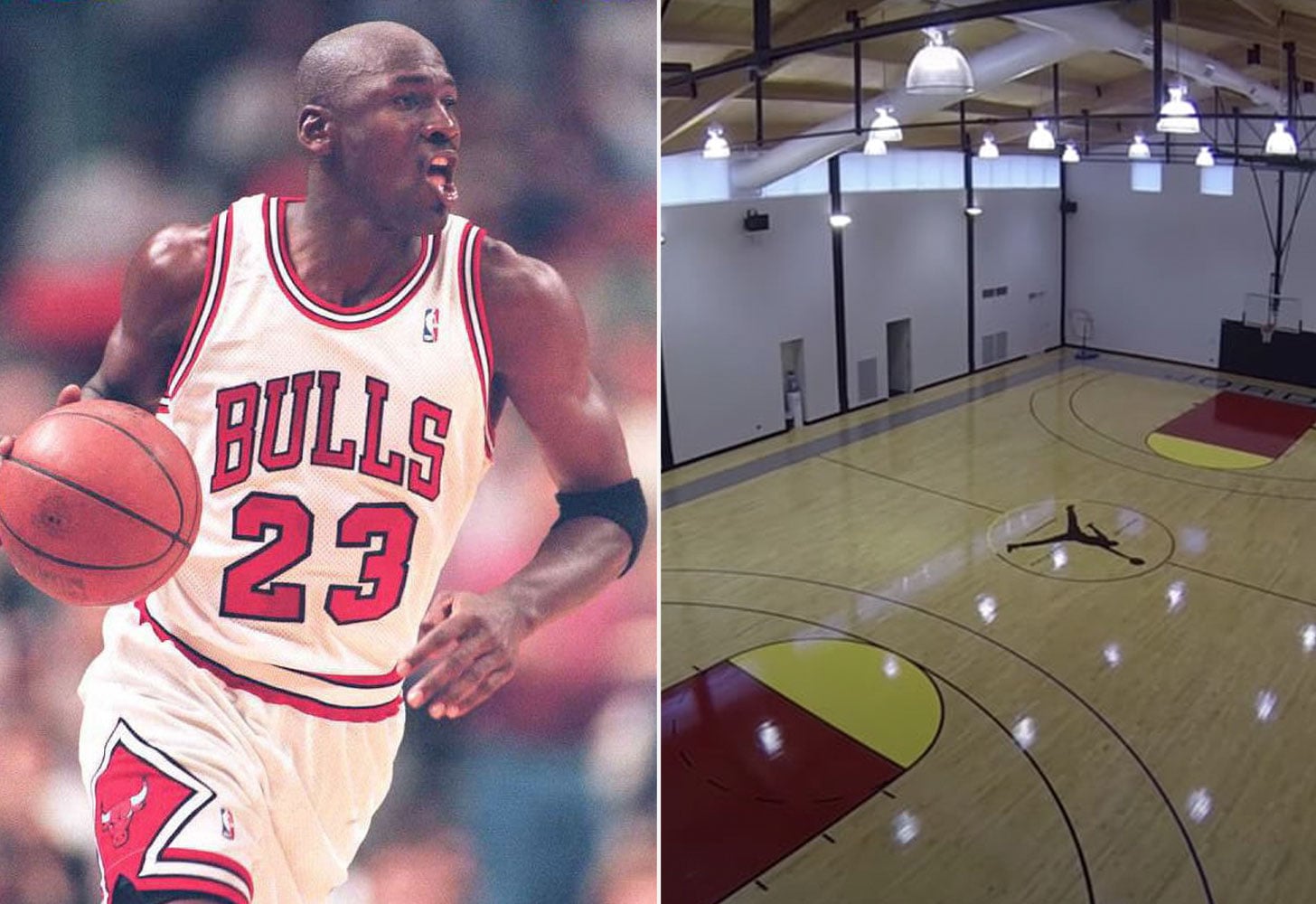 The wildly popular ESPN documentary, The Last Dance, which recently aired its last episode, gave fans an in-depth look into Michael Jordan's upbringing and historic performance with the 1990s Chicago Bulls. While the show focussed on basketball and the team's final championship season, it also showed never-seen-before glimpses into Michael's private life. And one thing we couldn't help but wonder about was the gorgeous house he was doing his present-day interviews in. And more so, what other properties the basketball legend owns.

From acres of luxe estate in Illinois that features an infinity pool and personalized full-size basketball court to a stunning hideaway in Florida, Michael's multimillion-dollar properties are what real estate dreams are made of. Ahead, travel all across the country, and learn all about his breathtaking homes, including two that are currently on the market!

Michael's 56,000-square-foot property in Highland Park, a suburb of north Chicago, is currently on the market for $15 million. The enormous property features an infinity pool, a tennis court, a cigar room, a putting green, and a customised indoor basketball court, which sports a Jumpman logo that details his children's names in the centre — not to mention the several living rooms, nine bedrooms, and 19 bathrooms! And in true Michael Jordan fashion, the entry gate features a giant number 23, which was his famous jersey number from his time on the Bulls in the '90s. The house has been on the market for eight years, and due to its high volume of personalization, the basketball star has yet to successfully sell the estate.

A few states over, Michael has another property for sale in Park City, Utah. The home has only been on the market for a year and is listed for $7.5 million. The 10,000-square-foot property includes five bedrooms, eight bathrooms, and a breathtaking view of the Wasatch Mountains. Additionally, the mountain oasis has winding staircases, high ceilings, a gym, an infinity pool, a theatre with stadium seating, cascading waterfalls, built-in fireplaces, and a golf room.

Michael owns two homes in North Carolina — a lake house in Cornelias and another property in Charlotte. His lakefront villa was purchased seven years ago for $2.8 million. The home sits on the Peninsula Golf Course, an elite country club in the city of Cornelias. Inside, you can find six bedrooms, a grand foyer, and almost every wall is submerged with windows, showing off a jaw-dropping view of Lake Norman. Outside are winding staircases, a pool, and a private dock with lake access. The property is also lined with a wooden boardwalk. It's a dream holiday rental, that's for sure.

Michael's second NC home is situated in Charlotte, the home of the Hornets, an NBA team he bought in 2010. The entire seventh floor of Trust Condos is owned by Jordan. The luxe penthouse measures out at 7,000 square feet and has a private lift, multiple bedrooms and bathrooms, two receded terraces, and 360-degree views of the downtown area.

The basketball legend spends a good chunk of his time at his Florida property. Michael put a lot of work into the estate to make it what it is today. The house boasts 11 bedrooms, an athletic wing with a full-size basketball court (duh!), and a state-of-the-art media room, which is rumoured to be "cigar-friendly." Lined with an army of trees for max privacy, this property also includes three separate areas — a guard house, guest house, and pool house. In total, Michael dropped almost $12.5 million on the property after renovations. The Florida home sits on luxurious Bear's Club, a very lush and private community.

Architectural Digest
Gwyneth Paltrow's Home Has Its Own Spa, Which Is Very Goop of Her
by Haley Lyndes 03/2

Architectural Digest
See Inside New Mum Naomi Campbell's Home in Kenya, Complete With a Pool in the Living Room
by Lauren Harano 19/5/21