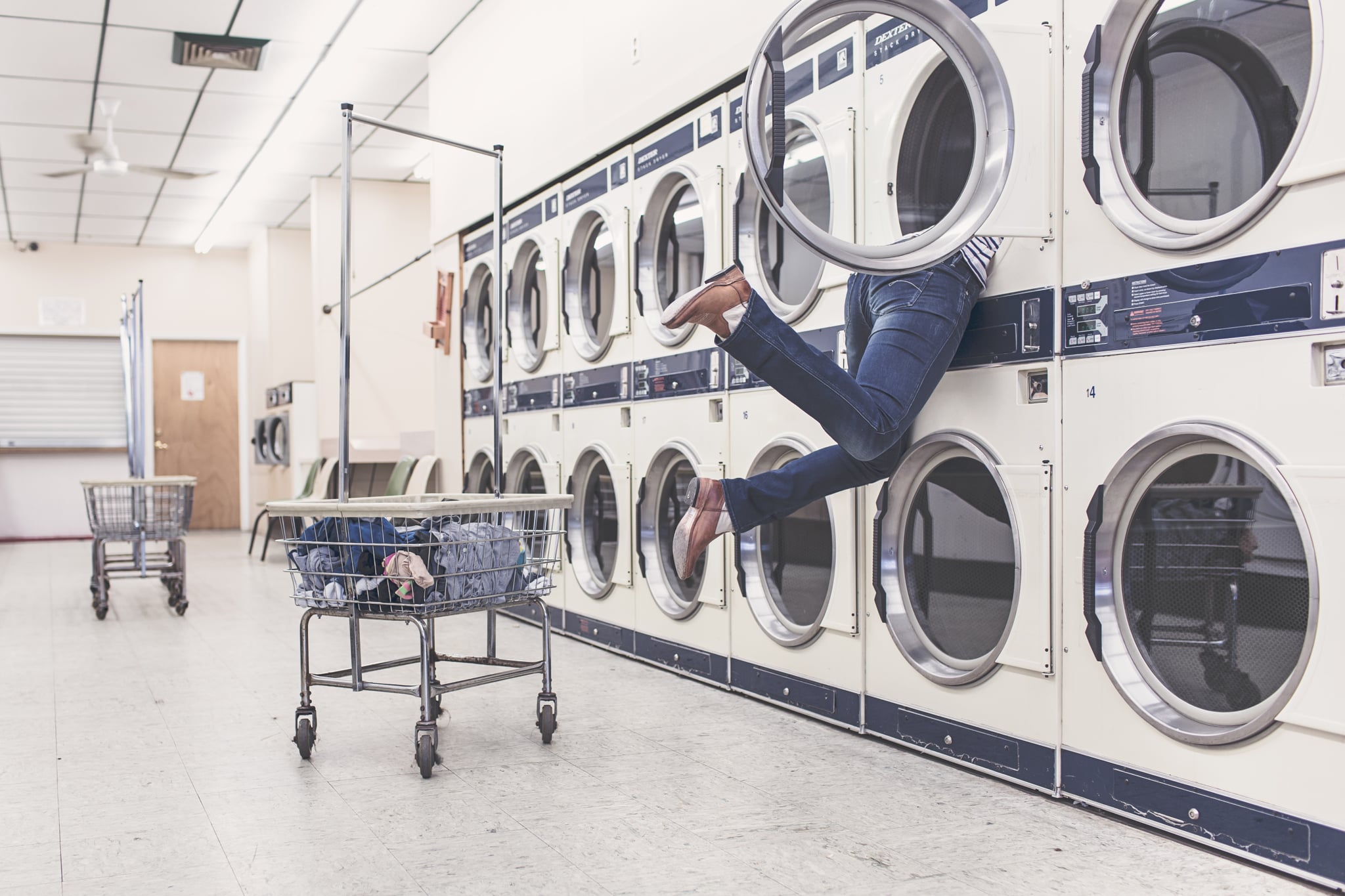 When the CEO of my former company sat the 100 employees down for an impromptu meeting, everyone knew something was coming. Sure enough, our company was going through a "merger" (CEO speak for "We got bought out, but a merger sounds more equitable"), and 29 employees were to be laid off that day. Mine was one of the first positions cut. Four months later, only a handful of the original 100 employees are left working for the "merged" company.

At first, I was devastated. I was finally making things happen within my role and had been assigned an amazing boss just a couple months earlier. After some time, I realised that I was pretty much on a paid holiday. I was given a severance package and qualified for unemployment, so we'd be all right for the time being.

Weeks went by and I grew to love staying home and taking care of the household. My wife and I don't have kids (unless you count the dogs), but there are still things that need to get done. Washing, dishes, sweeping, mopping, reorganisation, meal prep — every day brought something that needed to be accomplished around the house, and I found myself keeping busy and being able to run errands for my wife, as well.

I can bake a mean scone, I can clean the hell out of the living room, and my wife still loves me.

The "traditional" approach of being a domestic god typically falls on the wife, which — let's be real — is garbage. A relationship of any kind is a partnership, regardless of who does what. I never had any expectations of my wife doing the dishes or making dinner or anything like that. I enjoy cleaning and cooking, and she enjoys spending time together.

Here's the "traditional" way of marriage: Husband goes to the office, makes the money, and comes home, and the wife has cleaned the house and made dinner for the husband. She hands him his meal and beer and then makes herself scarce.

My wife is the breadwinner, and there's no shame in that. She works hard for her paychecks, and I have the utmost respect for her. She came into a male-dominated field (IT) with absolutely no experience and worked her way up the ranks to become a respected member of her team. I stay home, write articles, and clean the bathroom. I don't contribute nearly as much as she does to the bills or rent, but we have a system worked out. I put in as much as I can so she can come home and not have to worry about anything when she gets back.

I don't have an office job where I come in to work with a suit and a briefcase. I don't spend my weekends playing golf with the guys. Sure, there are days where I spend a majority of my time binge-watching Teen Wolf while the washing is going, but there are days where I ask my wife for a list of things she needs done and I do them for her.

I'm a "househusband," and I'd rather have that title than some smarmy business title. You know why?

Because I respect myself and my relationship. I know what I am capable of, and it's not an office job. I'm not cut out for that kind of work. I wouldn't call myself "paternal" at all, but I certainly don't mind taking care of the house if it means I can give my wife a nice place to come relax after work.

There was an article in The Daily Mail (take that with a grain of salt) that had a headline that read: "You can never fancy a man who becomes a house husband." Basically, it's one of those tabloid fodder pieces where a husband and wife switched places because the husband's company went under. She took on a full-time job while her husband stayed home to take care of their four kids. Over time, she found herself resenting him and losing respect for him because he was no longer the "sexy" guy bringing home the bacon. He felt the same way, saying, "[she] doesn't respect me as a provider and I know she doesn't respect me as a man, like she used to."

Why is it that a man is not worthy of respect unless he's working some 9-to-5 office job where he can't even properly explain what his job role requires? Same for women, too: is a woman less admirable if she would prefer following her career instead of scrubbing last night's dirty dishes?

Roles are changing in such a way that they don't (and shouldn't) exist anymore. It's not a wife's job to clean, and it's not a husband's job to bring home the paychecks. Relationships are becoming the partnerships they were always meant to be, with both partners doing what makes them comfortable in order to better the relationship.

So, yeah, I'm a househusband, and I'm completely OK with that. I can bake a mean scone, I can clean the hell out of the living room, and my wife still loves me.