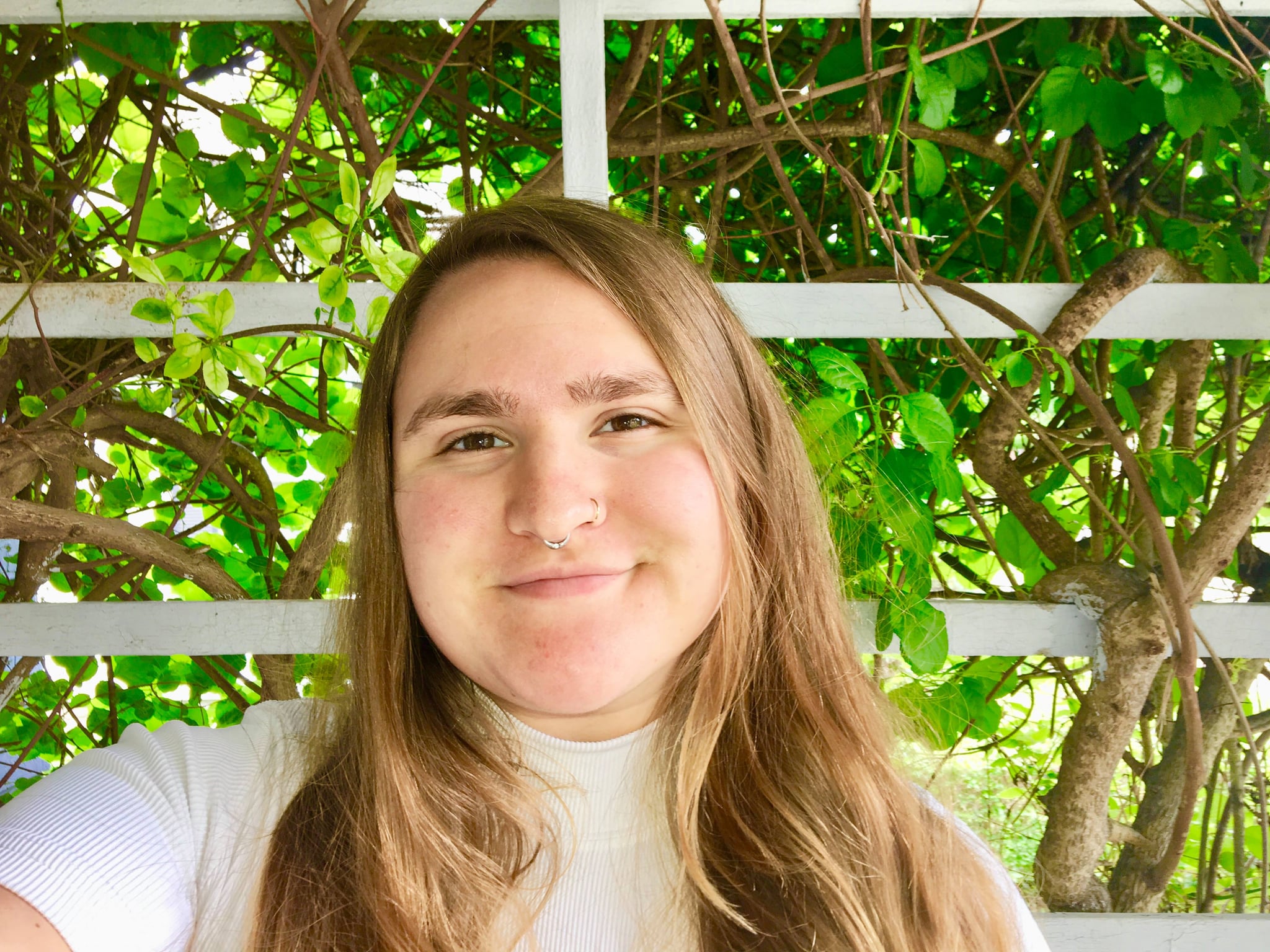 The first time I came out to my parents was in 2013. I was 15 at the time, but I still remember it clear as day. I wrote my mum and dad letters, put them each into an envelope, and handed them off. I knew I would be a mess of tears if I tried to come out to them face to face, so I figured I could gather all of my thoughts more concisely into a letter. I don't think either of them were quite shocked because I was always a little different, but nonetheless, they told me they were proud of me and wouldn't trade me for the world.

I'd always assumed I was a lesbian because I was attracted to women and had only ever dated a girl before. I was confused and felt the weight of society falling on my shoulders. I was 15 and liked women, but there was still this nagging feeling that maybe I wasn't just a lesbian.

I knew I liked women, and I knew I'd had feelings for men, but I wasn't quite sure that I was bisexual.

I never knew that I could be anything more than a lesbian, so I continued to identify that way. It wasn't until last year that I sparked a conversation with my roommate about sexuality. I was taking a queer studies class, and for the first time since 2013, I stopped and looked my sexuality dead in the face. And I was truly stumped. I knew I liked women, and I knew I'd had feelings for men, but I wasn't quite sure that I was bisexual. My feelings felt stronger than that.

It wasn't until I did some necessary Google searching that I came across a list of sexual orientations. I scrolled through terms I knew, and ones I'd never heard of, until I finally landed on pansexual. Something just seemed to fall into place. There was finally a word to explain how I'd been feeling.

So, what exactly is pansexuality?

This is a perfect starting point for something so complicated to explain. The thing is, you can look up a definition with a click of button, but in the end, you'll find that pansexuality as a whole is very different from person to person. As Merriam-Webster puts it, "Pansexuality is of, relating to, or characterised by sexual desire or attraction that is not limited to people of a particular gender identity or sexual orientation," but what I really like to tell people is that pansexuality is fluid and encompasses all people, regardless of their gender identity.

One of the many things I love about being pansexual is that my love for human beings has no bounds. There are no restraints telling my heart that I can't love a person because of their gender identity. When it comes to attraction, I look for a connection as opposed to a gender, which really opens up a whole new world of relationships.

When it comes to attraction, I look for a connection as opposed to a gender, which really opens up a whole new world of relationships.

A common misconception people have about pansexuals is that since we are attracted to everyone, we must be having lots of sex, right? Well, that depends on the type of person you are. The great thing about sexuality is that it's not just about sexual preference. Again, for me, I look for someone I can connect with as opposed to jumping into any type of physical relationship. What I'll never quite understand is why attraction becomes a reason to shame someone for their sexual experiences. If you find yourself in a situation where you're about to ask someone if they "get around," take a second to ask yourself, would I feel comfortable answering this?

OK, well this seems very similar to bisexuality. How are they different?

I get asked this question a lot, as I'm sure do many others. The difference really lies in how a person wants to identify. Most people know bisexuality as an attraction to both men and women, but as vocabulary changes, it can now be defined as an attraction to more than one gender. The prefix "bi" in bisexuality means two. However, in recent years, people are becoming increasingly aware that there are more than two genders, thus changing the definition to be more inclusionary of those who fall outside of the gender norms.

For years, there have been disagreements within the bisexual and pansexual communities about whether bisexuality enforces the gender binary. Well, what is the gender binary? It's the social construct, or gender system, of sex and gender into two categories, masculine and feminine. So when a female is born, she is assumed to be feminine and follow the social codes that have been placed on women (i.e. body standards, sexuality, behaviour, etc.).

So then what does this have to do with bisexuality? Well, some people in the LGBTQ+ community believe that labelling oneself as bisexual enforces certain societal codes that do not coincide with those who identify as intersex, gender fluid, androgynous, nonbinary, transgender, etc. So, is bisexuality discrediting certain individuals who do not follow the gender norms? I don't think so. I think that bisexuality, like pansexuality, varies from person to person.

Is pansexuality just another label?

No, I really don't think so. In fact, I think it's important to put a name to the feeling. Previous to last year, I didn't even know what pansexuality was. I struggled with my sexuality and felt out of place calling myself something I was not. It wasn't until college that I realised maybe I wasn't so alone. But I wondered, if I felt this way, how many other people have struggled to find their place in the LGBTQ+ community?

The word pansexual has been around for ages, but it wasn't until recent years that it took its place on the spectrum. It was first used by Sigmund Freud to describe the sexual desires of humans; however, he never really coined the term as a sexual orientation. Pansexuality as an orientation really took off at the end of the 20th century, leading into the 21st century. So why then do so few people know about it? And how can we make pansexuality a term that is readily available to younger generations?

For me, pansexuality is much more than just my sexual orientation. It has helped me to put into perspective my behaviour toward all people.

If you or someone you know is questioning their sexuality, I think it is incredibly important to look into all sides of the LGBTQ+ community. There are so many orientations, genders, and identities that are not covered in schools or by acronyms that deserve to be discussed. Personally, I went to a high school that didn't do much to explain anything other than the heteronormative in health class. I think it will take time to implement more LGBTQ+-friendly curriculum into schools, however, clubs, events, and open discussions are a wonderful way to expand queer vocabulary. If words like demisexual, asexual, queer, intersex, nonbinary, etc. are talked about more frequently, it will allow those who are unsure a chance to interact with others who feel like them.

So what has my year as openly pansexual been like? Honestly, I feel like a weight has been lifted off of my shoulders. For me, pansexuality is much more than just my sexual orientation. It has helped me to put into perspective my behaviour toward all people. Perhaps my heart is just a little too big, but I believe that every person I come across, regardless of gender, race, religion, sexuality, etc., is deserving of some type of connection, whether it be emotional, physical, or intellectual. Those connections are what made me who I am and I think what led me to pansexuality.

I don't think I could have done this without my incredible roommate, who has listened to my struggles for countless hours and encouraged me to explore my sexuality. I'm also incredibly grateful for my family who are always asking questions and have gone above and beyond to research pansexuality and the LGBTQ+ community.

I'm not sure what's in store for me, however, I know now that I'm not alone or "confused." In fact, I'm the furthest thing from confused. I didn't need some big revelation to tell me that I was pansexual. All it really took was some reflection and a Google search.