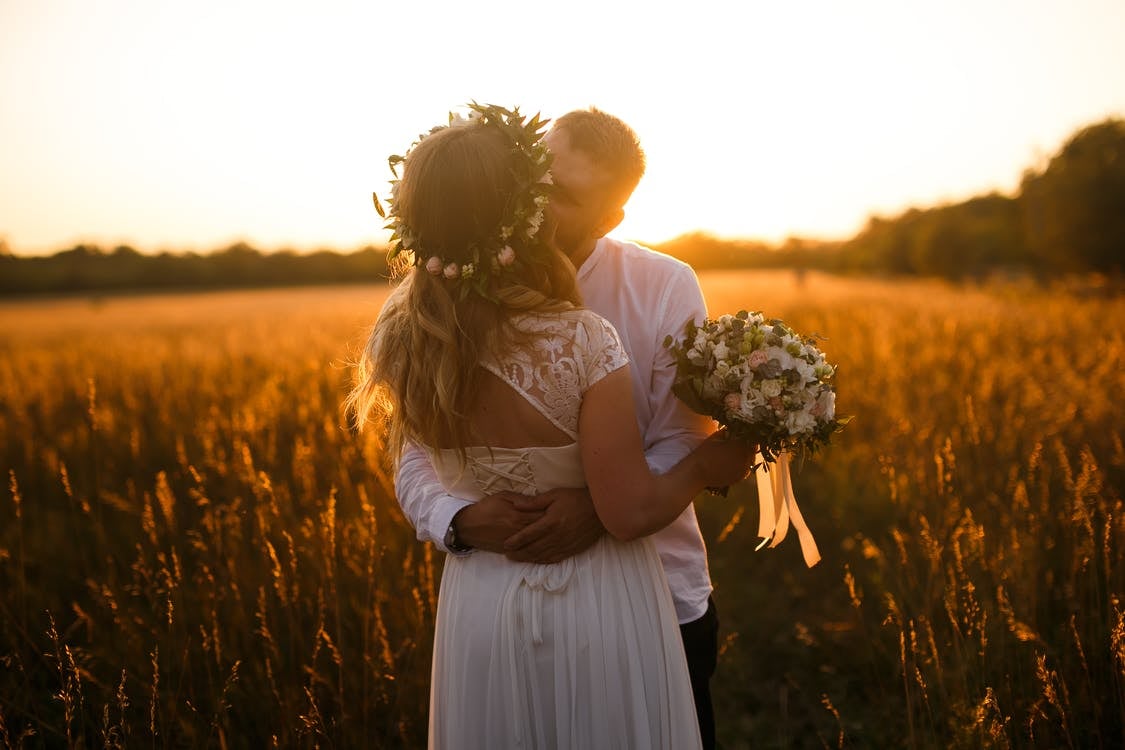 Relationships are tough. When you're with someone for a long time, you go through so many phases and ups and downs together. In the beginning, you want to be on top of them every second. Then your partner's quirks that you once found charming start irritating the hell out of you. Next, you might go through the "Should we just be friends?" stage. And even if you stick together through all of that and more, there's still no telling if you'll actually make it to the alter.

Growing up is difficult enough, let alone trying to do it with someone else while still figuring out who you are.

I think my husband and I set the record for the number of breakups we had before getting engaged. We stopped counting, but it's probably around the same number of fingers we both have. No one, and I mean absolutely no one, thought we'd ever last. When my husband and I first met, we were just freshmen in college. We fell in love quickly, as young lovers often do. But with that came a tumultuous beginning. My husband was the first to do the breaking up. He didn't want to be "tied down" — he was in college, after all. He couldn't have met his wife at the unripe age of 18.

Related:
9 Things You Should Never Feel Bad About Doing After a Breakup

I was a mess. I wanted to sulk in my dorm room and cry under my comforter. But as a young kid myself, I tried to move on. That didn't last long, though, because my husband and I got back together after only one Summer apart. After school began again in the Fall, our love returned to its fast and furious pace. But then it was my turn to do the breaking up, because, frankly, I was sick of his immaturity. From here, we ping-ponged breaking up with each other. It seemed that we always had a reason to break up or stay together in our 20s.

Then after college, I broke up with my husband for an entire year. It was awful. I wanted to move on for good so I tried dated other people, but I felt terrible, my stomach was always in knots, and I lost weight. Finally, thanks to a drunken text message my husband sent me in the middle of a concert late one night, we ended up getting back together. But he was mad that I had broken up with him in the first place. "How could you do this to us?" he started. "I thought we were going to have children together?"

After hours of texting back and forth, we set up a time to meet and we haven't looked back since. But it was hard. We had both done so much damage to each other over the years that our friends didn't want to let the other back into the circle. But they also saw that our love was relentless, so they did something we'll always be grateful for: they forgave each of us for the hurt we had caused each other.

And after all of those breakups, we had to forgive each other, too. And we did. Growing up is difficult enough, let alone trying to do it with someone else while still figuring out who you are. It was too much for us until, finally, it wasn't. Today, my husband and I have been married almost 11 years and we have two small children. Of course, our marriage is far from perfect, but we try our hardest to make it great every single day. We put each other first and appreciate all of the small things we do for each other. My husband makes all of the beds because he knows I hate it. And, as old school as it is, I cook dinner every night because, well, I'm just better at it.

I'm certain that if our love didn't start off as fast and furious, we wouldn't still be standing together today. It wasn't easy, but it taught us so much and made us the strong partners we are today. I'm so thankful for our enduring love and ability to forgive, because as all married people know, you'll need to practice that daily . . . especially after saying "I do."