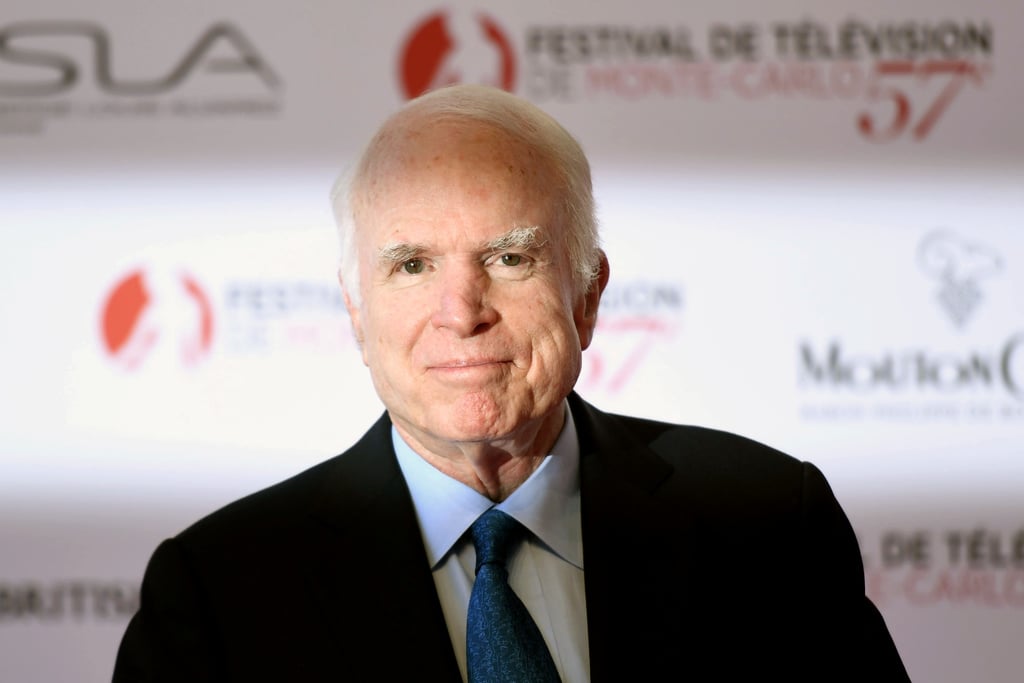 John McCain, a former Navy pilot, prisoner of war, Arizona senator, and two-time presidential candidate, died on Aug. 25 at the age of 81. The six-term senator battled with brain cancer over the past year-and-a-half, and recently decided to stop medical treatment. His family released a statement on Aug 24, that explained he "surpassed expectations for his survival" and expressed their immense gratitude for the "support and kindness of all his caregivers over the last year." According to a statement from his office, he was surrounded by his family when he died.

McCain will be remembered, not only by his wife Cindy, and children Meghan, Bridget, John, James, and Sidney; but by his colleagues, friends, and the American public. Below, see tributes from celebrities, journalist, and politicians on both sides of the aisle, honouring McCain and his life.