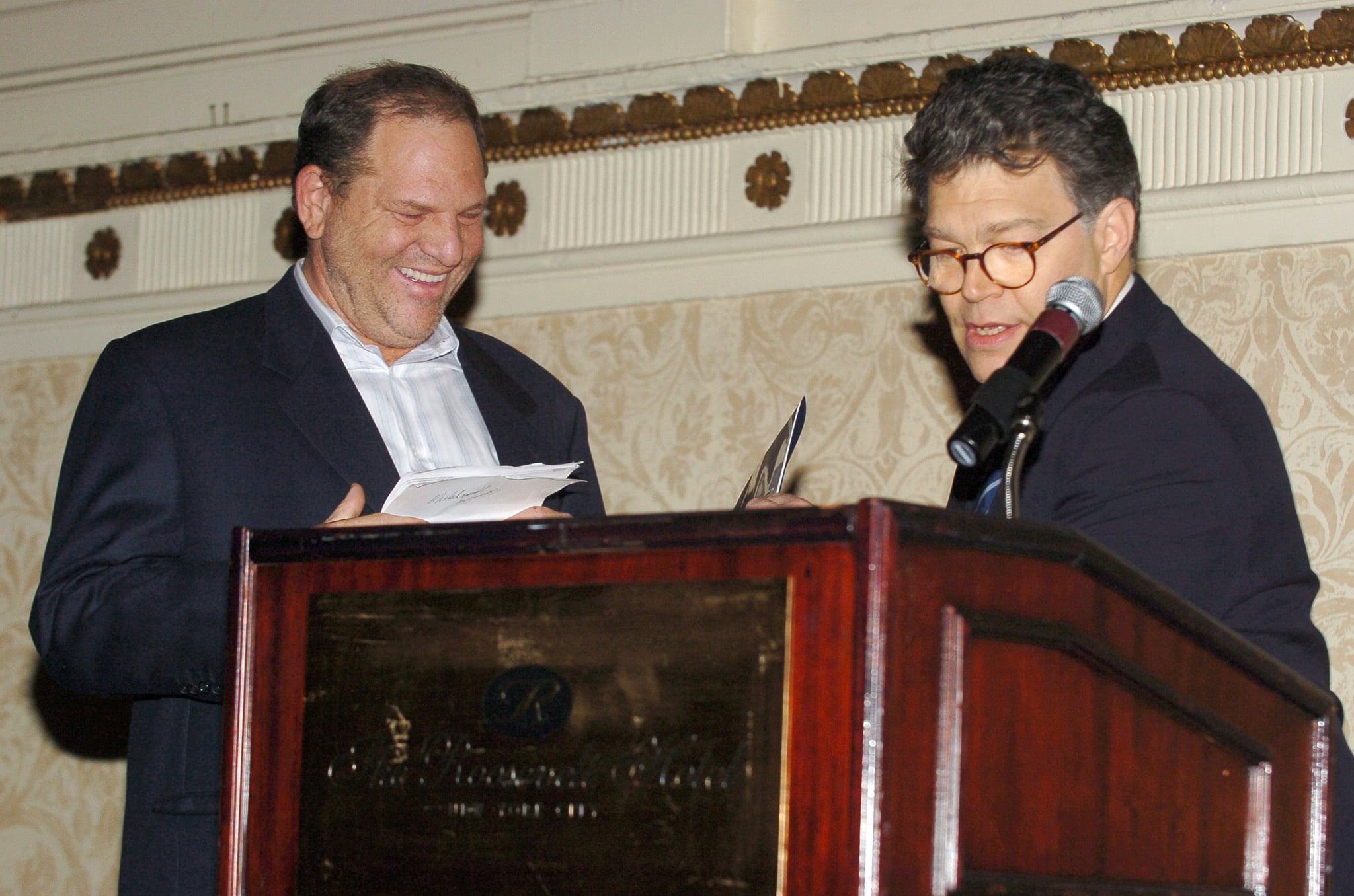 If you thought we've heard the last of some of the most notorious abusers who lost their jobs due to sexual harassment and abuse, think again. Barely a few months have passed since dozens of perpetrators have been publicly exposed for their workplace sexual abuse by the #MeToo movement, but reports have started to surface that some of the most high-profile and disgraced sexual abusers, such as Matt Lauer, Charlie Rose, and Mario Batali, are working to step back into the limelight — and start earning millions more dollars — while the people they harassed and assaulted are forced to pick up the pieces.

Let me be clear: This is the perpetuation of rape culture — a world in which the welfare of perpetrators is prioritized over that of survivors. Worse, it does nothing but confirm for millions of women that while the #MeToo movement may represent progress, we are painfully far from a world where women can expect to walk down the street or go to work or school or home and not encounter discrimination, harassment, or abuse. If we want to get there, we must genuinely prioritize healing.

Survivors and our allies are more than sceptical of these stealthily orchestrated comebacks, which often involve denying the harm they've caused or playing the victim, laying low from the public eye, and resurfacing after the media headlines have died down. As a survivor of sexual assault, I write this not because redemption is impossible, but because so few have taken any meaningful or concrete steps to earn it.

Survivors — the vast majority women, particularly women of colour and indigenous women, who have endured a lifetime of discrimination, harassment or abuse — are rightly the centre of this movement and this story. We deserve to be centreed and we deserve restitution. At this key moment when there is heightened awareness of this issue, we must collectively lay the groundwork for culture change to prevent future abuse and harassment for ourselves and the women who come after us. To do that, we must cement the shift towards not only believing survivors, but demanding meaningful accountability and a path towards rehabilitation for perpetrators in the service of a survivor's healing.

"Survivors deserve more than the limited justice of a resignation or media scandal."

After a harassment, assault, or other form of abuse has occurred, we must fundamentally prioritize and centre the needs of survivors — and that includes preventing any further harm from their abuser or from retraumatization. The needs of the survivor to fully heal must always supersede a perpetrator's attempts to "come back." Put another way: If a survivor has lost a career opportunity, money, standing, dignity, or privacy, has had their physical or mental health damaged, or is suffering in any way as a result of the abuse, a perpetrator who is asking, "How can I come back?" rather than "How can I make amends, and prevent future abuse?" cannot be considered rehabilitated. What has Charlie Rose done to fix the harm to the dozens of women he has harassed and assaulted? How about Matt Lauer or Mario Batali? Nothing. And that's the problem.

It also serves us to know what it means to actually be rehabilitated — when a "comeback" is credible. The goal of accountability is not to banish perpetrators forever. The goal is to create the conditions for a society in which all people can expect to live free of assault or the threat of assault and discrimination. To get there, we need a path to redemption and we have to be willing to support a former abuser when they are truly on that path. So when can these perpetrators come back? How and when can a disgraced abuser return, whether to the public eye, his former career, or his prior stature?

At a minimum, perpetrators must clearly demonstrate that they understand the harm their abuse caused and admit wrongdoing with a sincere apology to the survivor or survivors — not a half-apology, half-denial public statement written by their publicist. They must consider the needs of the survivor above all else, and take ownership of the harm they caused so they can repair the damage both for survivors and for the institution that they damaged, where possible.

They must also take on the self-reflection and rehabilitation necessary to ensure their behaviour will not continue. Perpetrators should consider all aspects of the abuse they have inflicted. As an example, women of colour and Indigenous women often experience sexual and racial harassment simultaneously and both must be called out. And just as critically, if the perpetrator is a public figure with a platform and the above has actually been accomplished, they should use their platform to be part of the solution. Again, not as a PR stunt or a way to skirt true accountability and rehabilitation, but in a real attempt to share what he has learned and cement the culture shifts we are working toward.

But there is a catch, of course. While perpetrators deserve a chance at redemption, no one is guaranteed fame and fortune.

Former abusers must understand that, as a result of their abusive actions, there is no guarantee they will continue to receive praise, lucrative jobs, or powerful positions, and if they don't that's by design. They are not the victims, so they should never attempt to portray themselves as such. In fact, perpetrators must realise that righting their wrongs will be a lifelong process.

And to be clear, while the big name stars' attempted comebacks make the newspapers and the gossip columns, we know thousands of everyday people have abused, and maybe some of them have lost their jobs, too. Even if they don't have a publicist or a big platform to speak from, these same standards must apply to them.

This international movement against workplace sexual harassment and assault is still nascent. There are scores of men — whether they are predators on a Hollywood set, in the boardroom, or the far greater number of not-famous men who prey on working-class women, particularly immigrant women, women of colour, and Indigenous women, in virtually every industry — who have yet to meet their reckoning. Exposing, shaming, and stripping these men of their positions of power before they can abuse other women must still be a critical focus of this movement. Yet, it is naive to pretend that the problem has gone away once they have exited the public eye.

While I don't have all of the answers, and this will surely be an ongoing conversation, I do know survivors deserve more than the limited justice of a resignation or media scandal. They deserve healing, full accountability from and for their abuser, and a safer world.

That change is coming because millions of survivors and our allies are demanding it. When we start seeing former abusers authentically owning accountability — not merely for the sake of their own careers, but to share the burden of stamping out workplace sexual abuse that has for too long fallen squarely on the shoulders of women and survivors — we'll be ready to embrace their "comebacks."