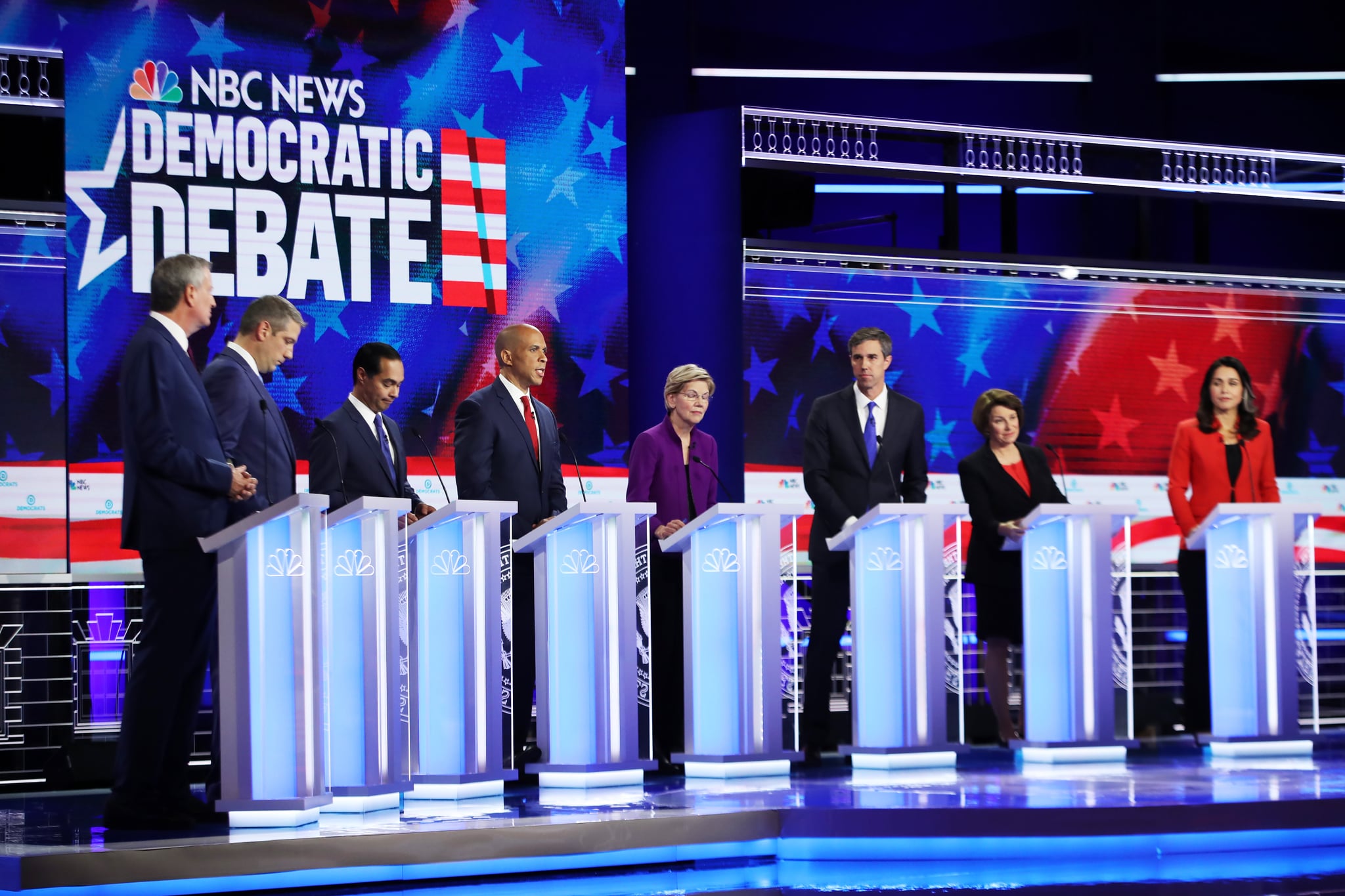 On June 26 and 27, Democratic presidential candidates vied for attention in their crowded field at the first presidential debates in Miami — and reproductive-rights activists were watching closely to see if they'd talk about abortion. (The hashtag #AskAboutAbortion made the rounds on Twitter both nights of the debate.)

Following a month that's seen several states pass laws banning abortion — and the federal government enact policies amounting to an antiabortion domestic gag rule on health providers — the issue of reproductive rights was a major topic of discussion for the first time in the history of presidential debates. And discussion of abortion rights at the debates was as monumental as it was necessary.

Today's climate around reproductive rights is so urgent that the traditional and vague pro-choice platitudes of supporting a "woman's right to choose" simply don't cut it anymore.

All of the candidates on the debate stage, who included Elizabeth Warren, Cory Booker, Julian Castro, and Beto O'Rourke on the first night and Kamala Harris, Joe Biden, Bernie Sanders, and Kirsten Gillibrand on the second, identify as pro-choice. But today's climate around reproductive rights is so urgent that the traditional and vague pro-choice platitudes of supporting a "woman's right to choose" and rejecting government "interference" with women's bodily decisions simply don't cut it anymore.

On night one, as the conversation moved to protecting abortion rights, Castro impressed many activists with his invocation of reproductive justice, specifically. "I don't believe only in reproductive freedom, I believe in reproductive justice," he said. "What that means is just because a woman, or let's also not forget someone in the trans community, a trans female, is poor, doesn't mean they shouldn't have the right to exercise that right to choose." (Castro's reference to reproductive justice was important, though it's worth noting he meant trans men and nonbinary people need abortion care. He has since acknowledged this gaffe via Twitter.)

Reproductive justice is the movement for not just reproductive rights and legal abortion but also full, real-life access to those rights. In other words, it includes not just abortion rights but also abortion access, affordable health care, clean air and water, living wages, safety from police and community violence, and more. As a concept pioneered by women of colour, first in the 1990s, reproductive justice emphasises the disparate barriers faced by marginalized people, and women of colour in particular. If abortion is legal but only accessible to the privileged, the "right" to abortion is necessarily unequal.

On night one, Warren cited her own thorough plans to protect abortion rights and access through a federal law codifying Roe v. Wade, as well as federal intervention to prohibit state-level antiabortion laws that dismantle Roe.

The discussion rolled into the second night, when moderator Rachel Maddow demanded the specifics of how candidates would protect abortion rights, amid mounting concerns that we're approaching a post-Roe world. The first to attempt to answer the question was Sanders, who has previously drawn scepticism from pro-choice activists due to his 2017 support for an antiabortion Democratic candidate and his dismissiveness of reproductive rights as a "social issue."

His answer didn't exactly assuage these concerns, as Sanders simply reiterated abortion as a "constitutional right" and struggled to offer a complete vision or plan for how he would protect it in the face of attacks on Roe. His outlook seemed to reflect the dated pro-choice view that protecting abortion rights as they currently are, and playing defence on the issue, is sufficient. But women and pregnant people of today face an unprecedented level of war on their bodily autonomy and access to health care that demands more than this.

Unsurprisingly, Gillibrand, who has focussed both her presidential platform and political career around fighting for women's rights, stepped up to pledge proactive protection and expansion of reproductive rights, including repeal of the discriminatory Hyde Amendment banning federal funding for abortion care. Gillibrand went so far as to criticize the role of male, Democratic leadership in its history of putting abortion rights to the wayside, playing "defence," and making dangerous trade-offs and backdoor deals on the issue for years. "Compromises have been made on our [women's] backs, and that's how we got the Hyde Amendment," Gillibrand said. "I will guarantee reproductive freedom no matter what."

Both debates left some unanswered questions on where the candidates stand on reproductive rights. For example, Biden wasn't questioned on his controversial and very recent history of supporting Hyde. (He walked back that support after a public outcry just last month.) Booker didn't have the chance to elaborate on his unique plan to develop a department specifically overseeing reproductive rights, and Harris didn't have the chance to speak on her legislative efforts to address disproportionately high maternal death rates among black women. And while any thorough, policy-based discussion of reproductive rights is important, the majority of candidates could have used the word "abortion" itself more often, too.

Considering the long history of stigma preventing meaningful conversation on abortion on the presidential debate stage, this week's primaries were remarkable. Hearing the phrase "reproductive justice" uttered was a watershed moment. But we need to keep demanding more moments like it from the Democratic front runners if we want to live in a world where reproductive justice is a real priority.

Kamala Harris
In a Stunning Tribute, Nearly 200,000 Flags Have Been Planted on the National Mall in DC
by Amanda Prahl 1 day ago 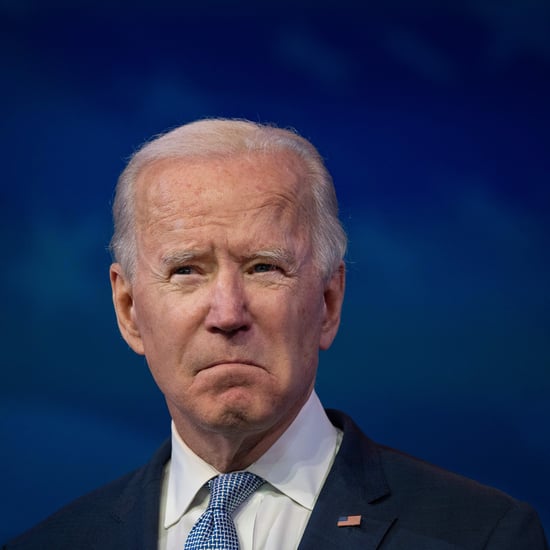 US News
In an Impassioned Speech, Biden Calls on Trump to Act on Insurrection at the Capitol: "It Must End"
by Kelsey Garcia 2 weeks ago