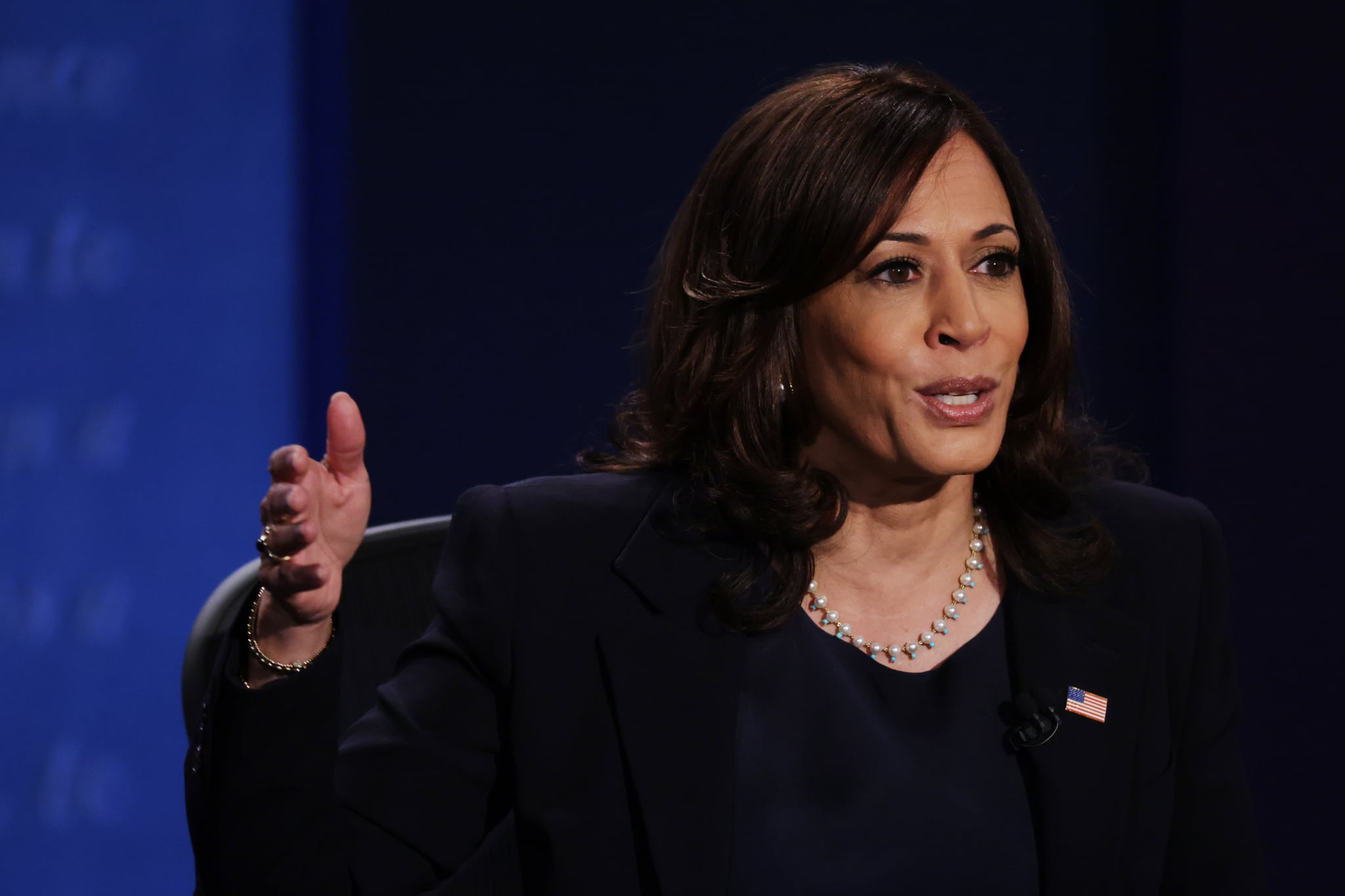 On Oct. 16, at a Trump rally in Georgia, Sen. David Perdue purposely mispronounced and mocked Sen. Kamala Harris's name as he introduced the president. "Ka-MAL-a, Ka-MAL-a or Kamala, Kamala, Ka-mala, -mala, -mala, I don't know, whatever," he said, eliciting laughter from the crowd. The Republican senator's intentional mispronunciation of Harris's name, which is straight from Trump's own playbook, is not only extremely rude, but also simply racist.

For people of colour and immigrants with ethnic-sounding names, this infuriating incident is all too familiar. Perdue's attempt at "othering" and poking fun at Harris — who is Indian and Black — for her Hindu name is offencive. Knowing she has been his colleague in the Senate for almost four years shows that it was also deliberate. A clip of Perdue's comment sparked an important conversation on Twitter and the hashtag #MyNameIs started trending, inspiring POC to express pride for the meanings behind their own names and share similar painful stories.

My name is Yerin. It's pronounced Yeh-rin — like Erin with a "Y" as I tell people — and it was chosen by my late grandfather. In Korean, "Ye" means polite and respectful, while "Rin" is defined as bright, in both senses of the word. While I now feel so lucky to have a beautiful name that holds such meaning, I admittedly struggled for years to take pride in both my Korean heritage and ethnically Korean name.

I vividly remember crying to my dad after countless first days of school, distressed by teachers who had mispronounced my name, though not purposely, but who were more upsettingly unbothered to learn how to properly do so. As a kid, I vowed to give my future children explicitly white-sounding names, so they wouldn't have to deal with yet another barrier to be seen as an American. I even went as far as brainstorming white-sounding names that I could adopt once I went to college, a common practice for many POC and immigrants in an effort to assimilate into America.

I'm acutely aware of the visible discomfort people might feel when faced with pronouncing my name or the assumptions they might make about my identity.

Luckily, my dad discouraged me from doing such a thing, and as an adult, I've grown to become proud of my Korean heritage, and proud to identify as both Korean and American. But even so, I'm acutely aware of the visible discomfort people might feel when faced with pronouncing my name or the assumptions they might make about my identity. While some might view these thoughts as an overreaction, there's in fact research that demonstrates the impact of an ethnic-sounding name. According to a 2017 study from Harvard Business School, Black and Asian applicants who "whitened" their résumés to remove any references to their race had better success scoring interviews.

Because of these common occurrences and people like Perdue, I still sometimes find myself feeling embarrassed or troublesome whenever I'm waiting to be called on at the doctor's office, interviewing for a job, and even meeting new people in social settings. I often have to be reminded that I'm not responsible for others' inherent racism. What made Perdue's comment worse was that, when met with criticism, a spokeswoman for his campaign, Casey Black, explained that the senator "simply mispronounced Senator Harris' name, and he didn't mean anything by it." This gaslighting, which suggests that POC are the ones at fault for being insulted, is also a frequent experience we are all too familiar with.

I refuse to allow my name to be associated with such negativity and discomfort, and refuse to let people like Perdue take away my identity. Harris certainly deserves the respect of having her name pronounced correctly, and so do I. Our names are our identities, and no one can diminish them.

Personal Essay
The World Is Reopening, and I'm Staying in My Comfy Clothes
by Daria Yazmiene 6 days ago