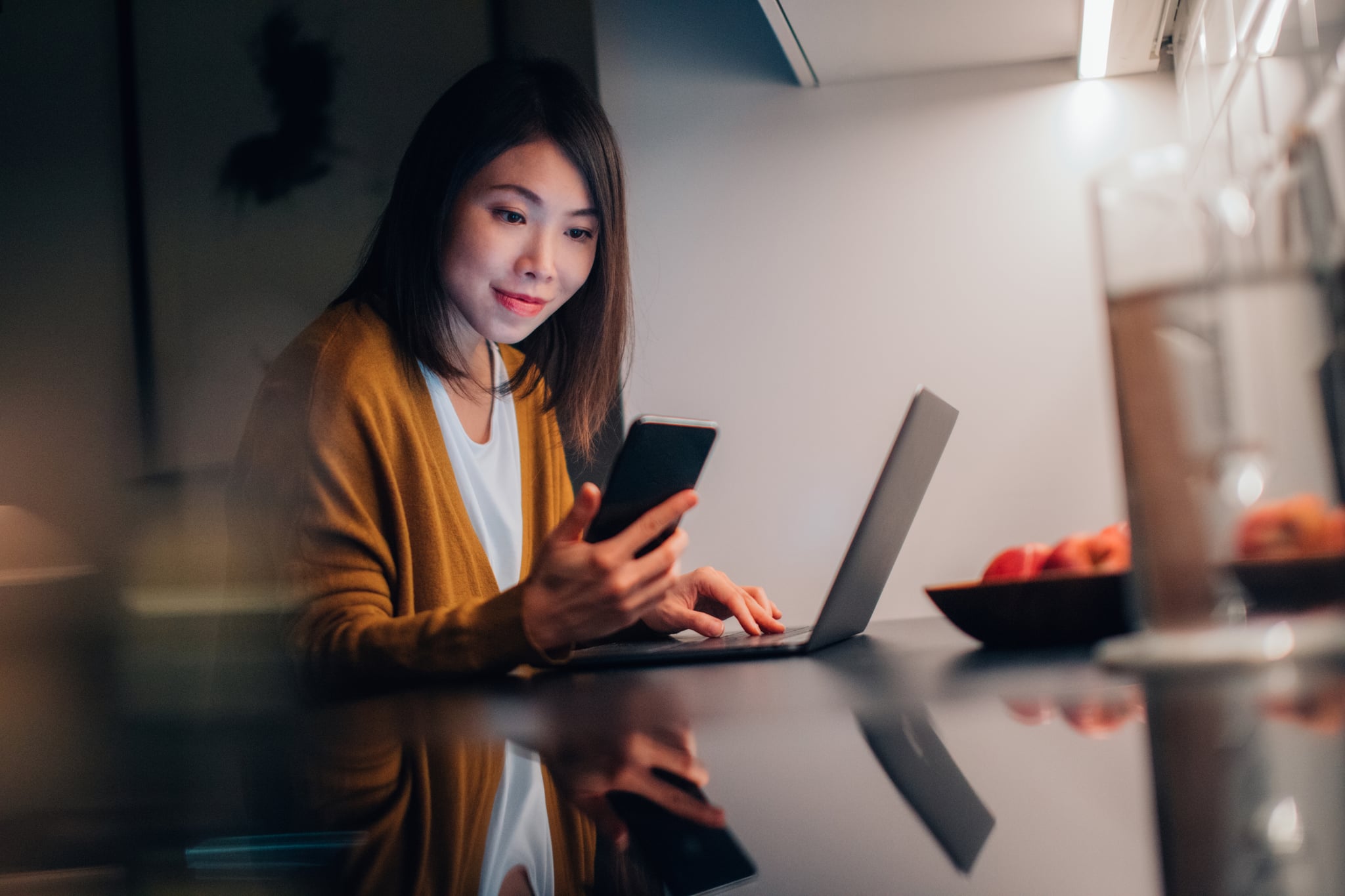 With less than three weeks to go until this election, volunteers who are willing to take a little time to send texts and make calls to potential voters are critical. Whether you're encourageing people who requested mail-in ballots to turn them in, reaching out to help fellow citizens make a voting plan, or sharing vital information on polling place locations and hours, your outreach just might be the deciding factor in ensuring someone actually casts their ballot. And because COVID-19 has suspended more traditional get-out-the-vote methods like knocking on doors and canvassing, making calls and sending texts is one of the most impactful ways average citizens can mobilize other voters to act in 2020.

This election season, I've been volunteering primarily with Supermajority, a new organisation — founded by some powerhouse women — dedicated to mobilizing women's votes. Even if you have a full-time job and a bundle of other commitments, it's likely you can find the time to get involved in this way. Often, text banking and phone banking events just require a couple of hours of your time, and plenty of organisations conduct events on weekends or in the evening. I decided to talk to Taylor Salditch, Supermajority's chief of staff, to share the 101 on phone banking and text banking, help break down some of the misconceptions around it, and answer some frequent questions those who are new to it might have. Hopefully, we just might convince you to give it a try!

When you're phone banking or text banking, the organisation or campaign you're working with will almost always provide you with a script, list of answers to FAQs, or even a text tool that has autogenerated answers you can tweak based on how people respond to you. If someone asks you a super detailed question about where a candidate stands on a particular policy issue, for example, it's okay to admit that as a volunteer, you don't have all the answers. "All you need is a little bit of patience and empathy and a shared value set," says Salditch. And remember: "You're not alone. Voter contact is a team sport. There are all kinds of folks who are at the ready to help and give you the information that you need to be successful."

No, Strangers Won't Get Your Phone Number

Whether you're volunteering with a candidate's campaign, a political party or a nonprofit organisation, these days, you'll almost certainly be using online tools to generate texts and place calls from your phone or computer. This software typically generates a placeholder phone number for you, which means you aren't signing up to share your own personal contact information with a bunch of strangers. "It's a real number, but it's not your number, so you're really texting anonymously" Salditch says, "You only need to identify yourself by your first name, but other than that, there's no personally identifiable information that someone could use in order to find you or communicate with you. It's very safe."

You Won't Be Asking People For Money

Most phone banking and text banking opportunities — especially those this late in the cycle — are focussed on getting out the vote and sharing important local information with people. So if the idea of asking people to cough up cash makes you feel uncomfortable, you can rest assured you likely won't have to do that.

Most of the People You'll Reach Will Be On Your "Side"

Most organisations are targeting very specific voters: people who have signed up for their mailing lists in the past, are registered with a particular political party, or are part of a certain demographic. That's not to say that you won't get a rude reply or hang-up here and there, but your job as a phone or text banking volunteer is rarely to persuade people to think like you or change their minds. Instead, it's to mobilize and inform people who share similar perspectives and care about the same causes you do.

It Will Almost Certainly Make You Feel Good

Will you likely field some super rude responses if you phone or text bank? Yes! "But you also get a lot of people who are just so delighted that someone wants to help them," Salditch says. "You get a lot of appreciation and you hear from a lot of people who are on your team and on your side." For me, the opportunity to connect with likeminded friends and strangers and actually share critical information with people who need it far outweighs the rare expletive-laden text. Just last week, I was able to help a voter find out how to contact her local officials to track down her missing mail-in ballot, and share info on ballot box locations with another voter wondering how best to turn in her mail-in ballot. And I come away from every banking session feeling like I have done a public service. My worst nightmare is waking up the day after the election and feeling like I didn't do my part.

Now that you've got the scoop, hopefully you're ready to get started and place some calls and texts of your own! If so, here are a list of some organisations that offer phone and text banking opportunities and could use your help: