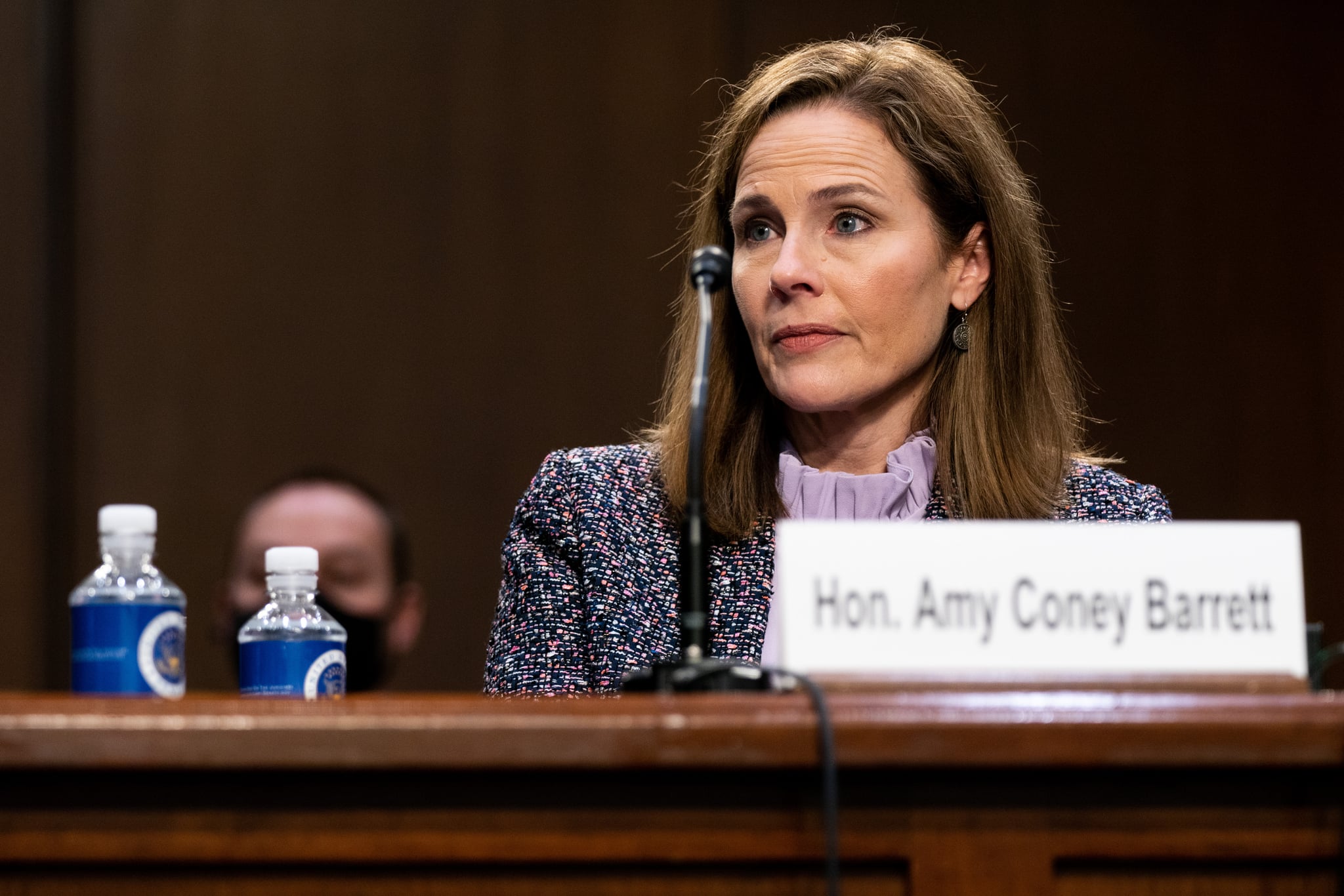 With the presidential election already well underway, Senate Republicans have wasted no time rushing the illegitimate confirmation process to elevate Amy Coney Barrett to the Supreme Court. And as the ranking Democrat on the Senate Judiciary Committee, California Sen. Diane Feinstein shocked many of her colleagues and constituents when she applauded Judiciary Chairman Lindsey Graham for holding "one of the best sets of hearings I've participated in" and hugged him at the close of the confirmation hearings.

There is nothing inherently feminist about being a woman.

On Oct. 22, the Judiciary Committee will vote on whether to move Barrett forward for a full vote on the Senate floor. Barrett's confirmation could jeopardize reproductive rights and access to abortion care, contraception, and even in vitro fertilization, among other health care — especially for women of colour and people with the least resources. Considering the devastating impact Barrett's confirmation would have on reproductive health and other issues disproportionately impacting women and LGBTQ folks, both Barrett and Feinstein make it clear that women having power — and especially white women, who have historically played an active role in the oppression of women of colour — isn't necessarily feminism, or even close to it. Throughout history, white women leaders and political figures have wielded power to deny women of colour suffrage, and even weaponize birth control and reproductive rights movements to police the reproduction of women and families of colour.

Ever since the late Justice Ruth Bader Ginsburg's death last month, the confirmation process of Judge Barrett has served as a harsh reminder that feminism isn't everything a woman does because she is a woman. It's a political ideology of equality and justice for those who are oppressed by the very same white supremacist patriarchy that Judge Barrett — and by supporting Barrett, Senator Feinstein — seek to uphold.

Barrett's legal career and advocacy includes signing a letter in support of ending Roe v. Wade, and voting to overturn a district court ruling that found a Wisconsin county "liable for millions in damages to a woman who alleged she had been repeatedly raped by a jail guard." Barrett's opposition to reproductive rights matches her dismissive views of sexual violence; in both cases, Barrett is clearly unconcerned with respecting people's safety and bodily autonomy. And despite Feinstein's self-identification as "pro-choice," she's broken with the Democratic Party to extend support to the confirmation process. Barrett and Feinstein reflect the pitfalls and racist, misogynist harms of conservative, white feminism, which frames symbols and symbolic representation alone as empowering — even when the individual women who are empowered use their power to attack the rights of the most marginalized women.

As we've seen with conservative branding of Barrett as the "Notorious ACB," a spin on the iconic "Notorious RBG" meme, treating women in politics and in general as interchangeable regardless of their different ideologies is deeply sexist. There's nothing inherently feminist about being a woman — and in Barrett's case, there's nothing inherently feminist about being a mother or traditionally successful working mother. This is especially true when you would use your power to take away the ability to choose or reject parenthood from others, and uphold barriers that prevent women of colour or poor women from experiencing the same success.

Of course, the glorification of Barrett's motherhood as a white woman by both Republicans and Sen. Feinstein also highlights a racist double standard in whose motherhood is glorified, and whose is punished by policies like welfare caps on how many children people receiving public assistance can have, and racist stereotypes of the "welfare queen" and "anchor babies." Women of colour, and especially Black and Brown women, have always been discouraged by the government from having families on their own terms, and those who have bigger families like Barrett's are often actively punished.

Ultimately, motherhood, working parenthood, and traditional success don't make a woman a feminist, or empowering to women and girls who lack their power and privilege. By praising Barrett and celebrating Barrett's family — all while supporting a confirmation process that will harm women and families of colour — Feinstein reminds us how white feminist calls for "women to support women" are often limited to elite white women exclusively supporting each other, at the expense of everyone else.