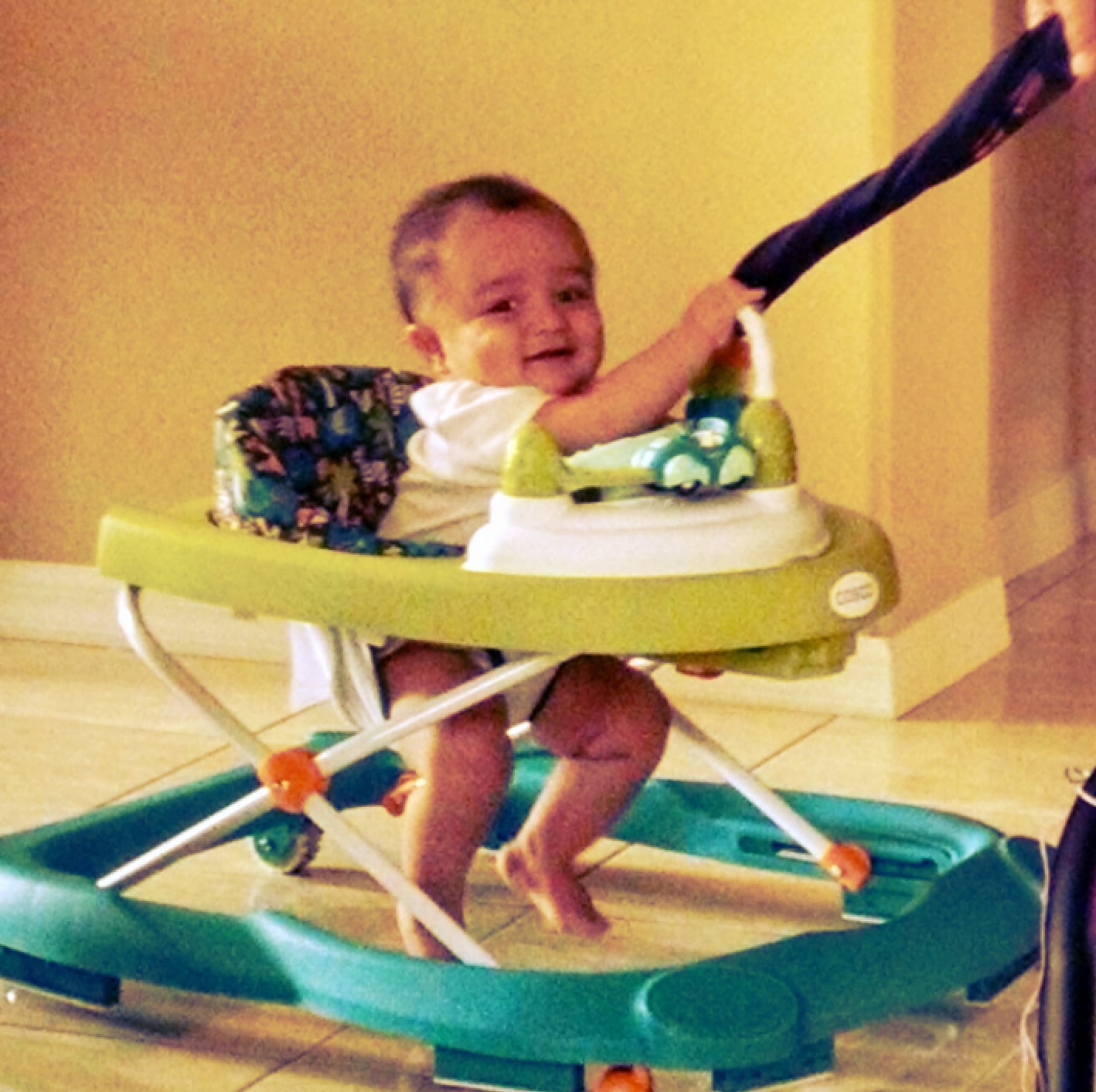 When soon-to-be moms begin researching all the gear they will need for their baby, one of the popular products marketed to them is a baby walker – a saucer-like contraption that can help their little one scoot around. What these new parents don't realise, unfortunately, is that their infants shouldn't even be setting foot in one.

For decades, pediatricians have called for a ban of all baby walkers because, as one doctor on the American Academy of Pediatrics injury prevention committee says, they are "inherently dangerous objects that have no benefit whatsoever."

"There's absolutely no reason these products should still be on the market."

In fact, despite being touted by manufacturers as aiding in an infant's gross motor development, these walkers – which are designed to mobilize babies who are not yet able to walk on their own – are actually a serious and preventable source of harm to young children.

According to doctors, there's no proof that these devices even help babies learn to walk, and on top of that, there are just too many risks: babies can zip along at fast speeds, moving up to four feet in just one second, which can lead to accidents. Some children have fallen down stairs, plummeted into pools, or burned themselves by knocking pots off stoves.

A new study published in the journal Pediatrics confirmed what these medical experts have long known. More than 230,000 children under 15 months old were treated in U.S. hospital emergency rooms for injuries – like skull fractures, concussions, and broken bones – related to infant walkers from 1990 through 2014.

Although the number of injuries has dropped significantly in the past decade thanks to federal safety standards that required walkers come with brakes, the study also found that babies are still being injured by these contraptions at a rate of more than five per day.

"There are still 2,000 children a year being treated for injuries, many of them serious injuries, in emergency departments," says Dr. Gary Smith, the study's senior author and the director of the Centre for Injury Research and Policy at Nationwide Children's Hospital in Columbus, Ohio. "Therefore, we support the position of the American Academy of Pediatrics that baby walkers should not be sold or used. There's absolutely no reason these products should still be on the market."

And yet, they are. Until the dangers of baby walkers are universally known, well-meaning parents will continue to unknowingly put their young children in harm's way.