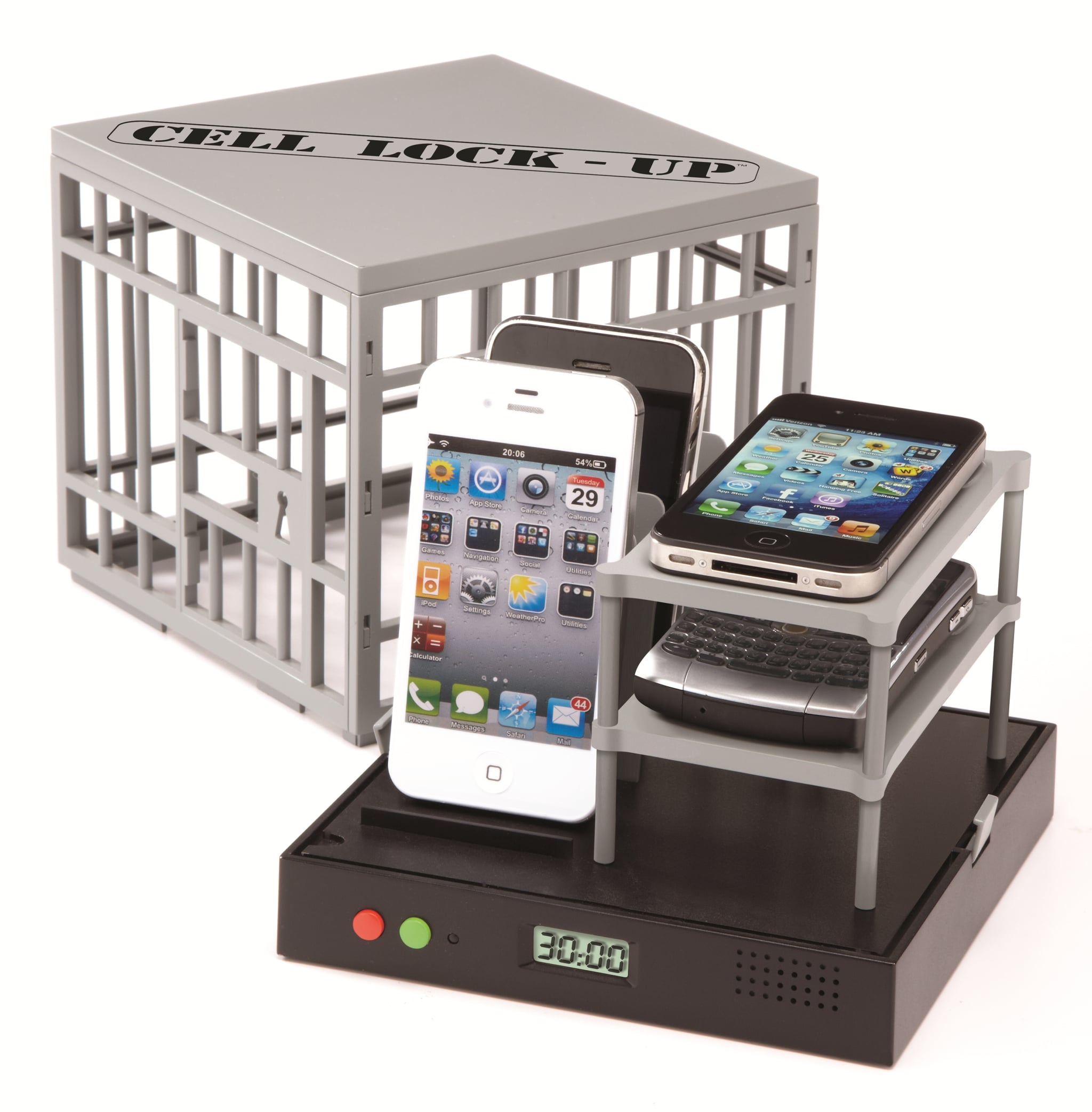 Allow me to set the scene: you've just cooked dinner for your family and ask everyone approximately 700 times to sit at the table. As soon as everyone takes their seat, you present them with your delicious meal only to notice that your grade schooler is focussed on their Gameboy, your partner is flipping through their iPad, and your teen is staring at their smartphone under the table. Everyone's eyes are glazed over, no one is communicating, everyone's ignoring the fact that there's food on the table, and you feel like you're watching a live episode of Black Mirror.

Enter: the Cell Lock-Up Smartphone Prison ($40, originally $54), which is here to help you carve out some media-free family time.

The box, which is designed to look like a prison cell (complete with an uncomfortable-looking bunk bed), has enough room for six smartphones — and probably an iPad mini, if it's laid across the top — to be "locked up" for a delegated period of time to ensure at least a small window of person-to-person interactions between you and your technology-obsessed kids.

Once everyone's phones are locked up, whether over dinner or just during everyone's evening downtime, simply set the timer for 15, 30, 45, or 60 minutes and proceed to engage in real-life face-to-face conversation with your kids (they won't have a choice, which is the best part). Once the time's up, a voice will sound — saying things like "You are now free to phone" or "It's time to rejoin digital society" — and everyone's phones will be released. And don't worry, if one of your kids gets the genius idea to break their phone out before its time is served, an alarm will sound, giving them away.

If you feel like you're constantly competing with screens for your kids' or partner's attention, let the Cell Lock-Up serve justice in your home. "Because," it says on its box, "interrupting family time is a crime!" 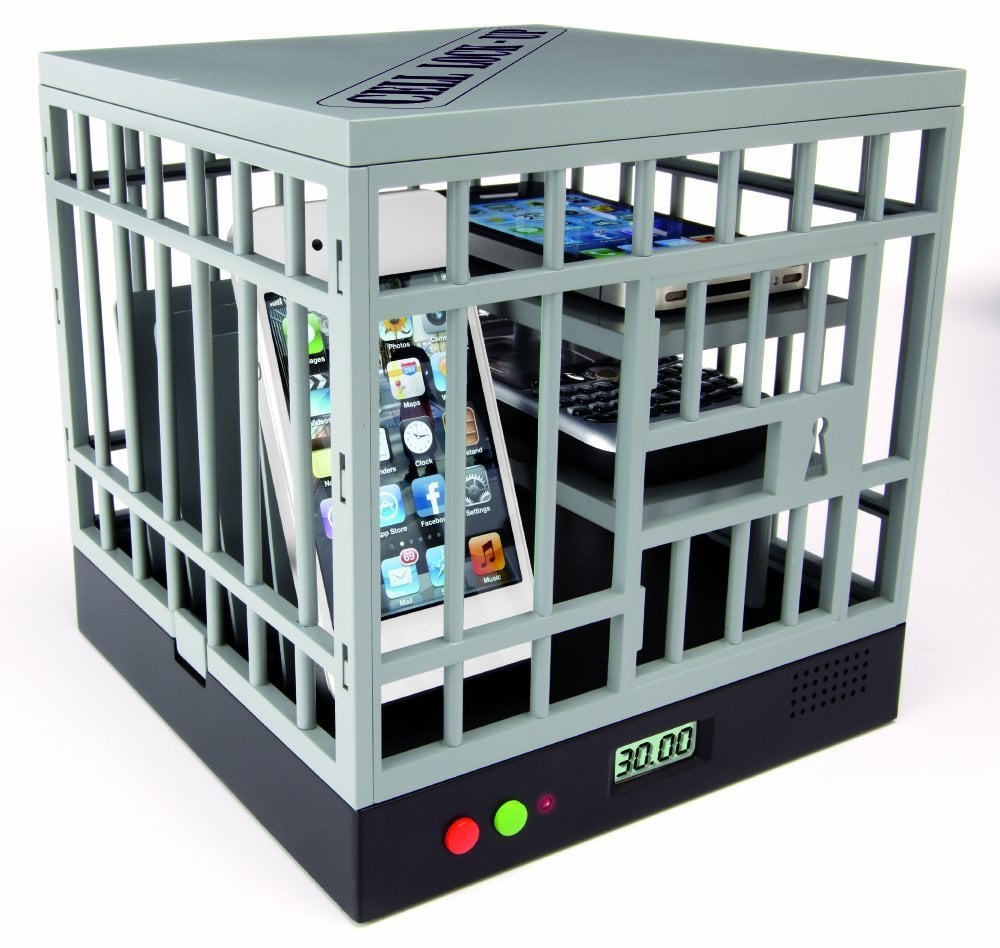 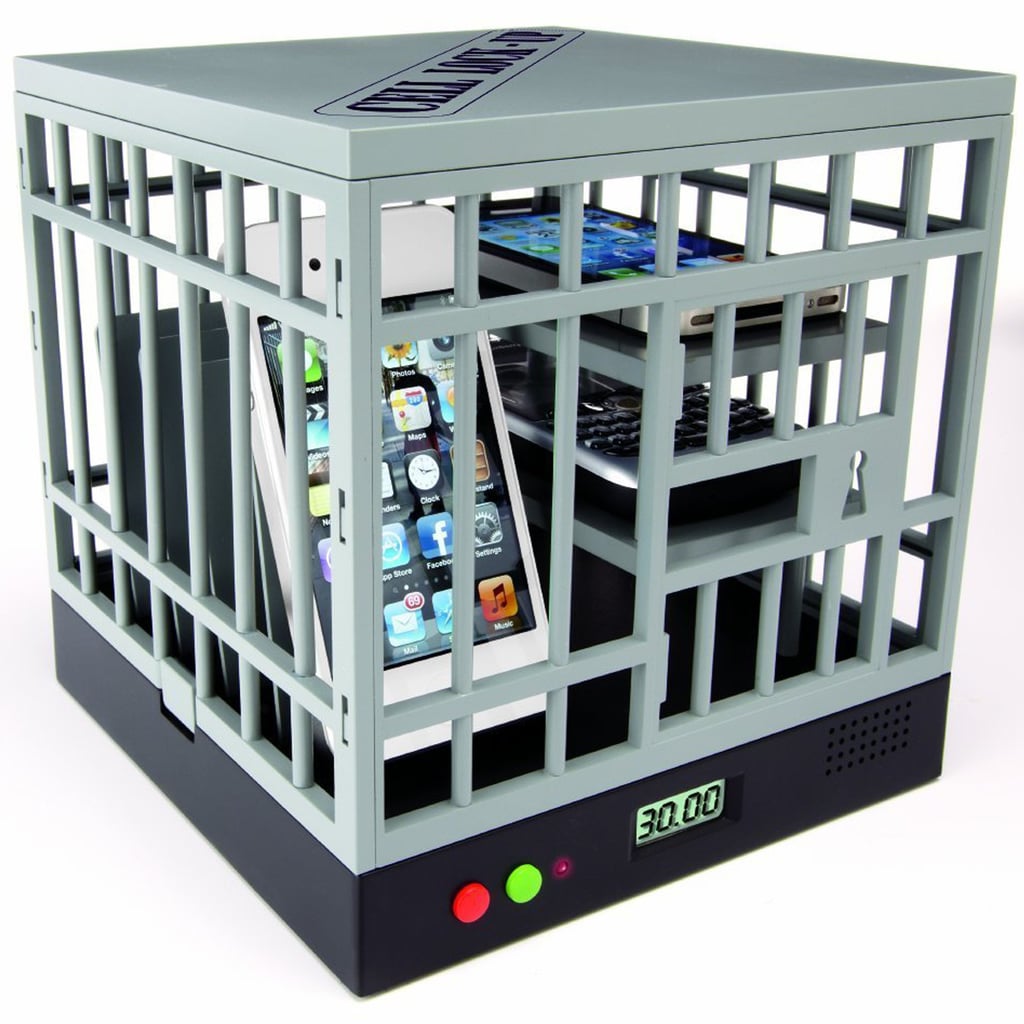