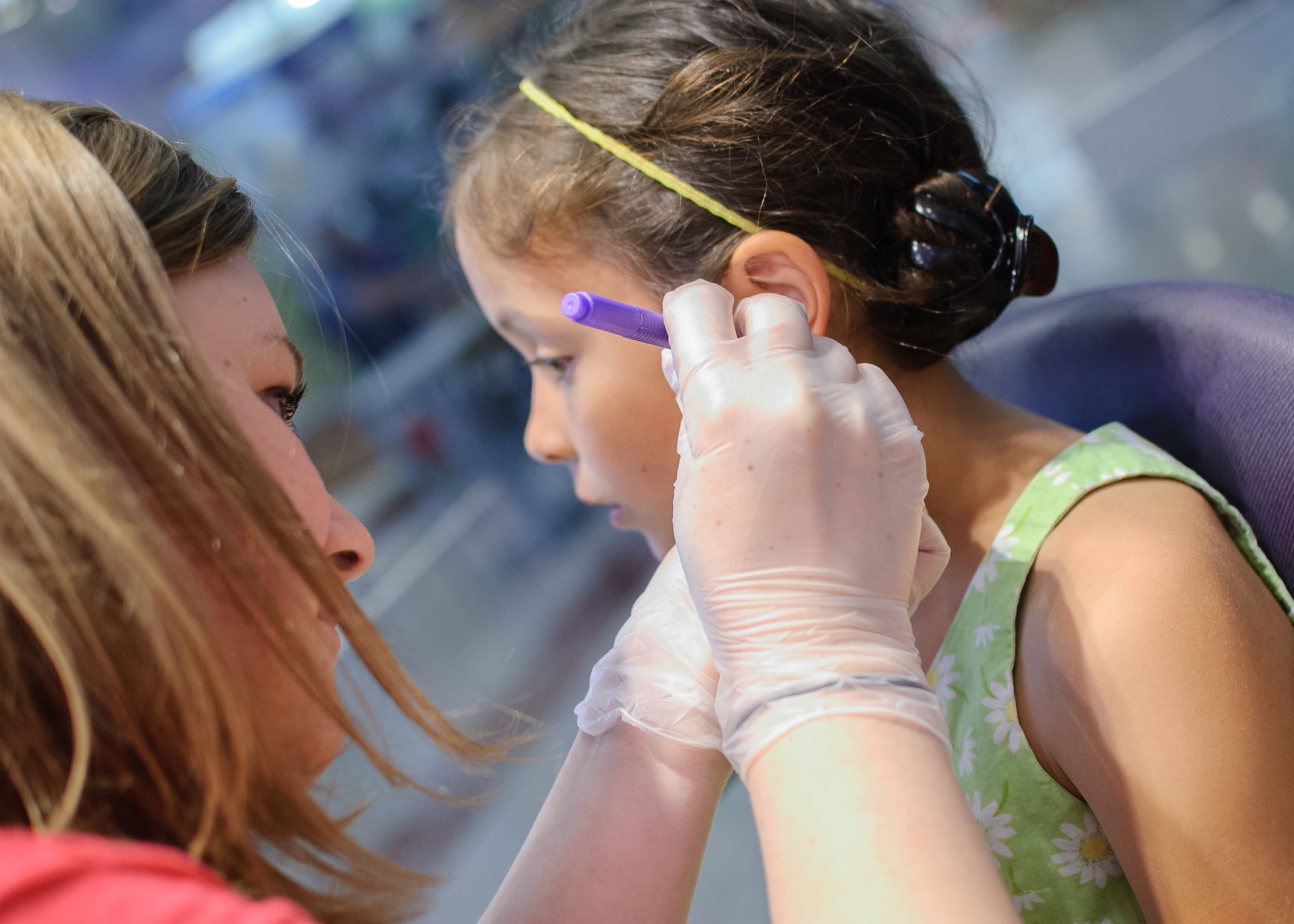 I decided long ago that I wouldn't pierce my daughter's ears without her consent. The way I felt about it was it's her body, so it should be her choice. For years, my 8-year-old has said she wasn't ready, which was perfectly fine with me. There's no rush. But after her little sister proudly announced she wanted to get her ears pierced for her sixth birthday, my 8-year-old said she wanted hers done, too.

The piercer looked at me and said my daughter wasn't mature enough to get her ears pierced. She told her she was not going to pierce her ears and to get off the chair.

I made an appointment at a well-established body piercing shop for my daughters. Although a bit scary to see a needle slowly piercing my little girls' tiny ears, I felt a lot more comfortable knowing a trained piercer would be taking care of them in a sterile and clean environment. I did a lot of research and found that it's much safer and more hygienic than having it done with a piercing gun at a mall. Before we arrived at the piercing shop, I gathered up fidget toys, lollipops, and even a calm down jar for my daughters to use in case they had jitters. I was much more worried about my 8-year-old, because she has anxiety. I knew she wanted to get her ears pierced very badly, but I also knew there was a high chance her anxiety would get the best of her — and boy, did it ever.

Related:
I'm the Mom of a Tween, and This Is What Sleepovers Are Really Like

Although she watched her little sister get her ears pierced like a champ, my 8-year-old started crying once it was her turn. I tried my best to calm her down with the items I had packed, but it wasn't working. The piercer advised my daughter that she wouldn't pierce her ears unless she calmed down, but simply telling someone to calm down usually never works. I tried doing breathing techniques with my daughter, wrapping my arms around her, and letting her watch Tsum Tsum videos on my phone. None of it was working, and the piercer was getting more and more impatient.

The piercer looked at me and said my daughter wasn't ready or mature enough to get her ears pierced. She told her she was not going to pierce her ears and to get off the chair. This, of course, turned my daughter's tears into a full-blown emotional meltdown. My daughter has ADHD (attention deficit hyperactivity disorder), and a part of ADHD is not only having heightened emotions, but emotional dysregulation. Through her tears, my daughter yelled at the piercer that she was ready and that she wanted to get her ears pierced, but she was just scared of the pain. Although my daughter could have used more of an inside voice when she said this, I was so proud of her for standing her ground. At this point, the piercer was fuming. I apologised and said we'd be back when my daughter was calmer.

Related:
My Daughter Struggles With Self-Esteem, So I Do These 10 Things to Make Her Feel More Confident

We left the shop, and my heart broke for my daughter. What I had envisioned to be a special day in her life was turning into an absolute nightmare because of her anxiety. It was obvious that no fidget toy or lollipop was going to help her. What she needed was an honest reality check from her mom. As we stood outside the shop, I told her that piercing her ears will hurt, but just for a bit. I told her it's OK to feel nervous, but that she's completely safe. I would be with her every step of the way. She just needs to be brave for a few seconds, trying her best not to yell or cry. And after a few breathing exercises, she was finally calm. She looked me confidently in the eye and told me she was ready.

We walked back into the shop and I told the piercer my daughter was ready. She quickly shot me a look that said "Yeah right," but proceeded to get her materials ready. (We all could have done without that piercer's attitude and lack of compassion, but at this point, my determined daughter was on a mission and nothing was going to stop her.) My daughter quietly sat on the chair. I could tell she was directing all of her focus to breathing. I was so proud of her, because I knew how much strength and focus that took for her. I held her hand as the piercer pierced her ears. Yes! She did it! She proudly walked out of that piercing shop with the new earrings she'd so desperately wanted, and I wanted to shout it to the world. My daughter was — or should I say is — a rock star.

I'm certain that there will be plenty more instances when my daughter's anxiety will take over and wreak havoc. There will always be people doubting her, including herself, but there will also be opportunities for her to prove them all wrong. And I'll be there cheering her on every single time.