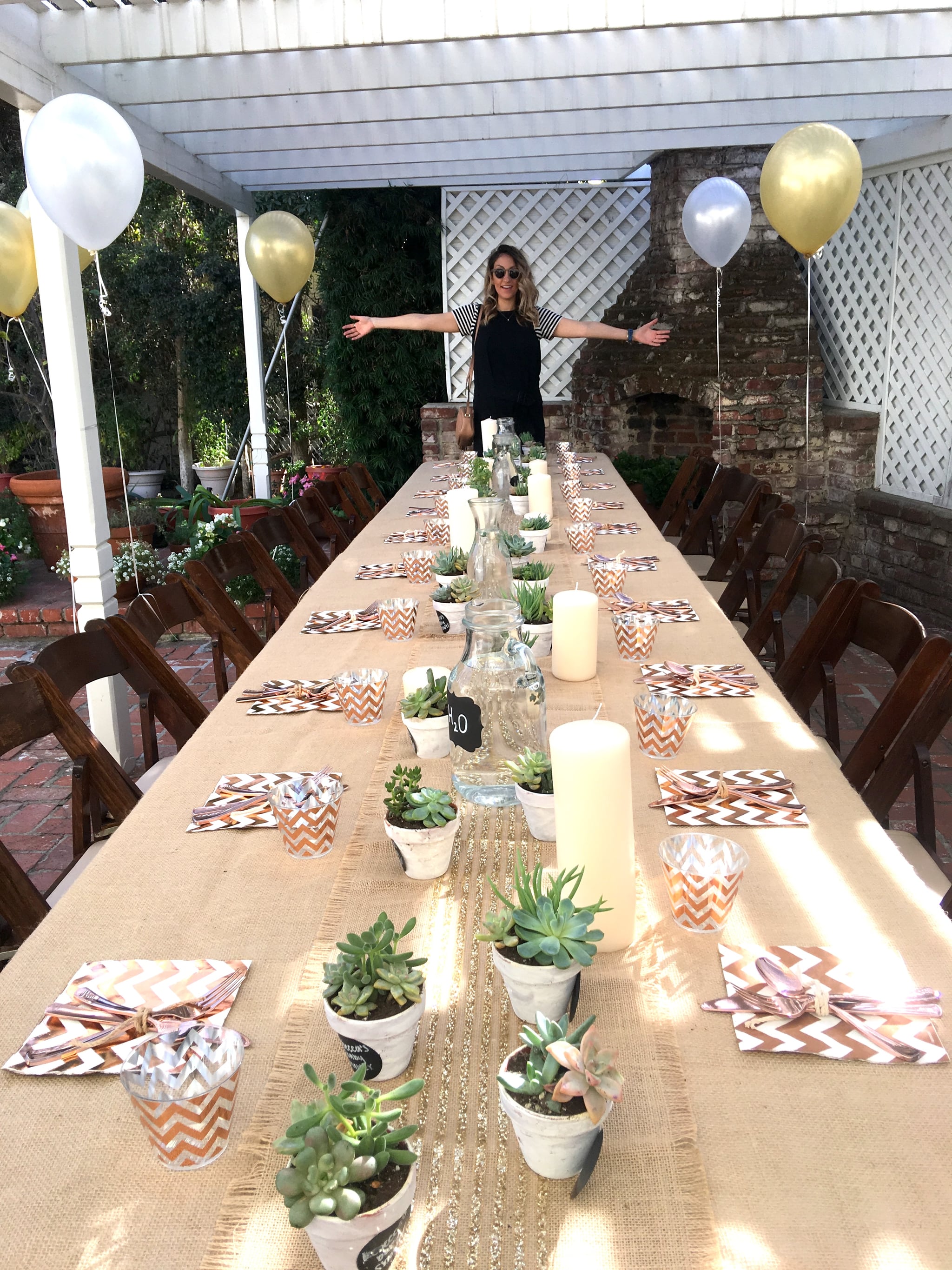 It played out like a cheesy Lifetime movie. I walked into our bedroom, woke my husband up, and told him his anniversary present was behind my back. "Pick a hand," I said, hiding that morning's pregnancy test in my left hand. He sat up and turned red, and then together we cried. That night, because it was our wedding anniversary, we went to see Hamilton in San Francisco. The smiles were glued onto our faces — we had so much to celebrate (we got Hamilton tickets!).

Months later when I was visiting family members in LA and they kindly offered to throw me a baby shower, I put an end to it, quickly shaking my head and looking down. "No, no, no." I clarified.

"Well, if you change your mind, we'd love to host something for you," my aunt and cousin reoffered. They knew me well, and part of knowing me well meant acknowledging that, to put it plainly, I'm weird.

But I'll elaborate. Becoming pregnant never had a place on my "things to achieve" list. If I did it — became pregnant — then that would be a life choice or an identify shift, not an accolade to bestow. It wasn't something I went to school for, studied, and busted my ass to get better at during a tough economic climate. Aware of how hard fertility is for many couplesm I was grateful that my husband and I had an uncomplicated time getting pregnant, but that said, like changing my hair colour or getting a new tattoo, choosing to start a family with my husband didn't require an audience. It felt self-seeking to want people to stare at my belly and ask about my soft hip joints.

Was it truly selfish to have a baby shower?

A month later I was on the phone with my aunt. "Have you given any more thought to having a shower?" she asked again. I had thought about it, and like many of life's big decisions, I second-guessed myself. Was it truly selfish to have a baby shower? Many of my closest family and friends all lived in Los Angeles, so it would be fun to see everyone together, all at once, at the same address. Did enjoying their company in a single location under the backdrop of fauna and my swaybacked posture make me self-centreed?

The shower was everything I never dreamed of. Friends drove down to LA through harrowing road conditions (there were horrendous fires just miles from my aunt's house that closed a lot of the freeways) and my mother-in-law flew in. The day was filled with tons of delicious food, mocktails, and people whom I love and never got to see except for occasions like that. They weren't there because they were impressed by my ability to grow a baby inside of my womb or to cheer me on for taking my prenatal vitamins, they were just there to see me, to talk to me, during an exciting time of my life.

I've always enjoyed attending friends' showers because I was going to see them, so I'm not sure why it was so difficult for me to expect people to experience that same joy while coming to see me. Baby showers can be simple: an opportunity to just be with people. The belly can be an aside.

I'm so glad the people closest to me knew better than to listen to me and threw me one anyway.